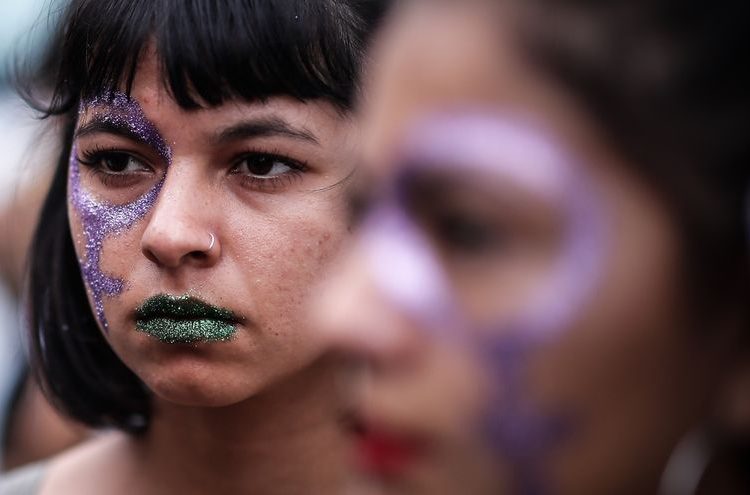 There are rights beyond regulations. Social practices and relationships found and ensure rights; they give them de facto existence. The regulations, however, are essential to guarantee rights, although they are not enough either. Institutions, policies, material conditions, people who ensure the regulated right are necessary. All of that at the same time. If there are no such guarantees, the right is incorporeal, it is not realized. Without being in the regulations, the law could be fragile or more easily violated. That is why the processes of regulatory change, such as the one taking place in Cuba, are so important.

In December 2019, the legislative schedule that sets out the content and times for the creation or reform of 107 laws and decree-laws was announced. This process is laying a part of the foundations that will regulate the country for a surely long time. The controversies that legitimately take place in the situation should not obscure that other issue that, sometimes without making the headlines, is creating the framework of many possibilities, or impossibilities.

Within the legislative change, the new Public Health Law is scheduled to be approved next December. Its contents cannot ignore two things: the presence and intensity of neo-conservatism in the country and feminist programs and the LGTBIQ+ community.

The context of the regulation

In November 2019, a month before the legislative schedule was approved, 40 Cuban citizens asked the National Assembly of People’s Power (ANPP) to include a Comprehensive Law against Gender Violence in the legislative schedule. The request projected in public spheres a significant cleavage in the debate on the issue, but its content was not new. For decades it has been talked about in civil society, academia and various institutions.

As part of that process, there were institutional pronouncements. In a meeting held with part of the signatories, ANPP authorities said that the way to legally face the problem of gender violence was not determined and that the proposal until then was to do so by perfecting the institutional framework of the State and creating the specific niches in the other laws. That is, mainstreaming the anti-violence program in the rest of the normative body.

The alternatives of a specific law or the mainstreaming of the issue in other regulations were presented as exclusive, although in reality they are not. However, and given the exclusion of the Comprehensive Law against Gender Violence from the legislative schedule, the path of mainstreaming has been the one that, de facto, has the most possibilities. For this reason, at the aforementioned meeting the signatories submitted a basic proposal to mainstream in Cuban regulations a comprehensive approach to ensure rights with a gender perspective and against inequalities. That implies gender violence, but it goes further. Among the important regulations mentioned in the proposal was the Public Health Law.

In the same context, the press recorded statements about the institutional work to take the fight against gender violence, and other content in this line, to the legislative changes arising from the new Constitution. It was also learned that the National Center for Sex Education had delivered in September 2019 to the Ministry of Public Health a policy proposal for comprehensive education on sexuality and sexual rights. Shortly before, in January, a “Diagnosis on the incidence of legislation and policies on the access of adolescents and young people to SRH and HIV information and services in Cuba” had been published. The document ensures that between 2015 and 2019, six workshops were held with health and legal professionals to deepen the analysis of the gaps detected and propose solutions.

However, the importance of the Public Health Law to ensure advances in rights is fundamental and recognized by different actors committed to equity.

But there is more. During the constitutional debate, in 2018, the neo-conservatives (religious and secular) were present as powerful political actors. They managed to remove from the Magna Carta the article that would explicitly open the door to same-sex marriage and postponed that possibility to the already forthcoming discussion of the Family Code, which is the only norm that will hold a referendum on a date to be defined in 2021. The presence and deployment of the neo-conservatives did not end there. Today they openly question the termination of pregnancies, sex education and other content related to their sexual morality program.

So, on one side is the need to mainstream all norms with a gender perspective and on the other, the action of religious neo-conservatisms. Of those scheduled, the Public Health Law will be the first to address this tension directly.

Ensuring in that norm contents with gender justice is a democratic necessity and can also be a containment wall for the neoconservative agenda. There will not be a referendum for the Public Health Law. The political negotiations around it are more limited and the capacity for pressure of the neo-conservatives, too.

Needs and proposals for the Public Health Law

The current Public Health Law dates from 1983 and needs to be updated in its language and content, according to the new Constitution, Cuban society, international norms and democratizing social struggles.

At the beginning of 2020, institutional voices reported that this law will recognize that patients are subjects of rights and duties and that the quality of public health should be measured by the accessibility of services, professional care and ethics based on a gender and rights approach, with equal treatment, opportunities and procedures. Although it is not explicit in that law, normative instruments of the Ministry of Public Health do recognize at present the need for a gender perspective. Ministerial resolutions, methodological guides and programs of that instance of government follow this direction.

Also at the beginning of the year, specialists from the National Center for Sex Education called attention to rights and rights frameworks that are being conceived in the drafting of the aforementioned law: the right to receive timely information, with scientific basis, to be able to offer informed consent in situations that require it; right to privacy and to enjoy scientific advances; reproductive right of couples to assess risks before conception and to decide the number of children and the spacing between them; the right to access quality family planning services and free-choice contraceptive methods; sexual and reproductive rights and to information and support, especially in adolescence; right to sexual and reproductive self-determination with a gender perspective, without discrimination based on sex, sexual orientation and gender identity; right to autonomy and integrity of the body and to a life free from all forms of violence, including obstetric violence, and explicit definition of medical procedures in the event of abuse of children or adolescents.

What has been said defines a broad framework that needs to be specified in specific content, which protects rights that are currently questioned by the action of neo-conservatism and/or which are necessary for women and the LGTBIQ+ community. At least 13 issues could be made explicit in the regulation to come.

The 13 points collected in this text are an incomplete list. Others could be considered, but those mentioned are among the essential ones, because they would allow these rights to be assembled with others recognized in other laws. At the same time, they would prevent the existence of interpretative margins that restrict rights in lower hierarchical norms or that violate them due to changes in the correlations of force, they would solve coherence problems that exist today within the formulation of the right (contents that are present in the regulation, but not in law, for example). Thus, rights would be protected with their inclusion in the most robust norm (the law) and the commitment to justice, inclusion, diversity, the right to one’s body, and against inequalities and violence would be verified.

In seven months of pandemic, Cuba reaches the figure of 6,000 infections by coronavirus