Among the group of social policy actions that have been taken in Cuba, one is particularly worrying. If corrected quickly, its effects could be avoided. 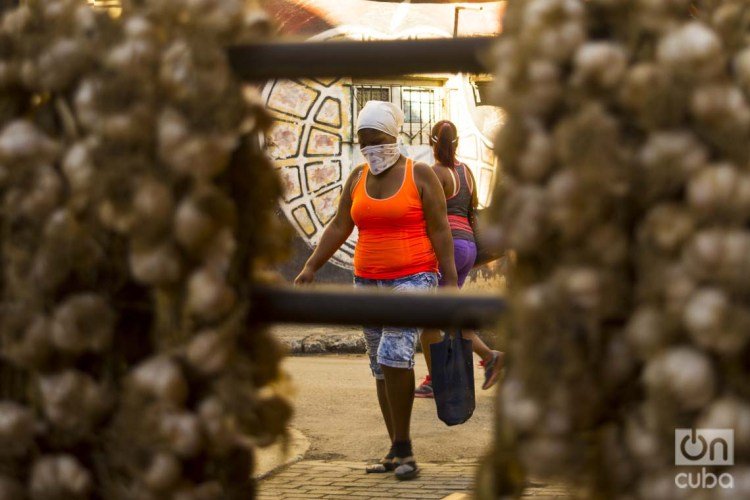 With COVID-19, the world is facing two interconnected but not identical realities: it exhibits and sharpens pre-existing inequalities and generates new ones, now based on the dynamics imposed by the coronavirus: this pandemic does not discriminate, inequalities do.

The policies for dealing with the crisis are diverse. From the irrationality of the ultra-conservative Jair Bolsonaro in Brazil to the quick and efficient management of South Korea, and the sordid management of Lenín Moreno in Ecuador, which is one of the epicenters of the pandemic in the region.

Countries that have implemented coherent and comprehensive measures or social policies that protect the most vulnerable are the least. The clearest panorama is that of oversaturation of public health services and the lack of protection of those who work there, the fragility of labor rights, the extremely high rates of job insecurity, the excessive exercise of military and police force on the streets, the unequal sexual division of care between men and women and families and the State, and even inability in the practical and ethical management of corpses. The other side of the coin is the activation of grassroots solidarity, communities taking over the collective management of life, attempts to politicize the private.

A little over twenty days after the first diagnosis of coronavirus, 233 people with the disease were registered in Cuba, 2320 hospitalized, 13 recovered and 6 deaths. Cuba progressively restricted its borders and school institutions were closed. Measures have also been taken with regard to work and social policies.

Political representatives have reiterated that these measures are part of the effort so no one will be left unprotected. The intention is full of justice although it will not cover everyone. In fact, some will be more impoverished or will have great difficulty making up their lives and that of their families.

Not all of us will leave through the same door or at the same time from this crisis. If this reality is not assumed, the post-crisis measures (which undoubtedly must exist) will not respond to the country we will have after COVID-19.

Every crisis has unexpected negative effects, but others can be anticipated. If a measure is deformed and exclusive as of its design, the effects it will have will be the same. Among the group of social policy actions that have been taken in Cuba, one is particularly worrying. If corrected quickly, its effects could be avoided.

On March 31, 2020, the newspaper Granma systematized the mandates of the Ministry of Labor and Social Security to confront the epidemic, and answered frequent questions from citizens. The text makes it clear that “Cuba does not stop and, along with providing health care to its entire population in the face of this dangerous disease, it has applied numerous measures to protect workers and their families.”

The measures enacted are protective, especially for those who work in the state sector (with approximately 69 percent of the workforce). The authorities decided that if telework is carried out, 100 percent of the salary will be received, if the worker is temporarily relocated in other tasks, he/she will receive the salary of the new position and will not lose the previous one, if the first or the second is not possible, he/she will receive 100 percent of his/her salary during the first month and 60 percent of his/her salary thereafter for the duration of the stoppage. The measures also include expediting procedures for temporary suspension of licenses for self-employment.

However, the protection of paid workers in charge of minors and the elderly is seriously biased, to the detriment of specific population groups.

The Granma publication has a section on “working mothers.” There it is confirmed that:

The mother or the father or the relative who has the status of workers, and are in charge of the care of the minor who is suspended from school in primary and special education, receives during the first month a salary guarantee equivalent to one hundred percent of the basic salary, and if the suspension is maintained, the guarantee is sixty percent.

The measure is protective. The problem comes later, when it becomes clear that it does not apply to

In those cases, the employed person will not lose his/her job but will not receive any percentage of his salary. If needed, they can apply for an unpaid leave of absence.

As in the rest of the world, in Cuba women are the main caregivers of minors, people with special needs and the elderly. Regarding the items listed above let’s take a look at these cases.

Let us assume that children in junior high (12 to 14 years old) can fend for themselves (at least in terms of biological needs) in the absence of an adult person in the home. The reasonable doubt would then be regarding the rest of the mentioned conditions.

Let’s take a look at some data.

In Cuba, the capacity of daycare centers is limited. Their enrollment covers only 22.66 percent of all the preschool population. Approximately 77 percent of children under the age of five receive care at home or in private daycare centers (formally registered or not registered as self-employment). With private nurseries closed due to the health crisis, the mothers of these minors who also do paid work will have to temporarily leave their jobs and will not receive remuneration.

The preschool population is relatively small (in 2018 there were only 456 450 preschoolers in the entire country) and the female labor participation rate is also low (around 50 percent). The number of women in this condition is, moreover, comparatively small compared to those who have sons and daughters in school.

Disregarding that particular group, the measure is selectively discriminatory. Moreover, its foundation is not clear. Why not offer the same rights and guarantees to these women? What is the reason, if any?

The same could be said of those who are in charge―again, women―of elderly people with care needs increased by the health crisis. Why do they have an unpaid leave of absence?

The Ministry of Labor and Social Security offers an alternative to those who, as a result of this crisis, are left with a verifiable “insufficient income to pay for basic services”: “temporary monetary provision of social assistance, in the amounts currently in force.”

According to the Non-contributory Social Protection Database  available through ECLAC, the range of the values ​​of monetary transfers for social assistance in Cuba in 2018 was between 217 and 260 Cuban pesos (CUP). Those amounts are insufficient to cover family needs. A study published in 2018 by the Center for Studies of the Cuban Economy calculated that in 2016 the average monthly consumption expenditure of a three-person household was 2,245 CUP. [1]

Although temporary monetary benefits from social assistance are essential as a social policy, they are not, nor can they be, an alternative for paid workers whose only “sin” is being mothers of preschoolers who receive care outside a public care system with little capacity, or being caretakers of elderly persons with needs increased by the pandemic.

Those women will be among the most affected now and in what comes next. And that will not be an unexpected effect. The measure produces, since its design, the exclusion of a specific group. And it must be corrected.

To manage this situation, we need to filter all institutional actions through a lens that allows us to see existing or emerging inequalities.

The justice with which, in fact, measures have been taken in Cuba must reach all of us, men and women. What cannot happen is that women, or specific groups, cushion a crisis that involves the entire population.

* This text was originally published in El Toque/Periodismo de Barrio. It is reproduced with the express authorization of both media and the author.