The death toll goes up to 9. Yesterday 30 new cases of contagion were added; 18,434 people receive care at home. 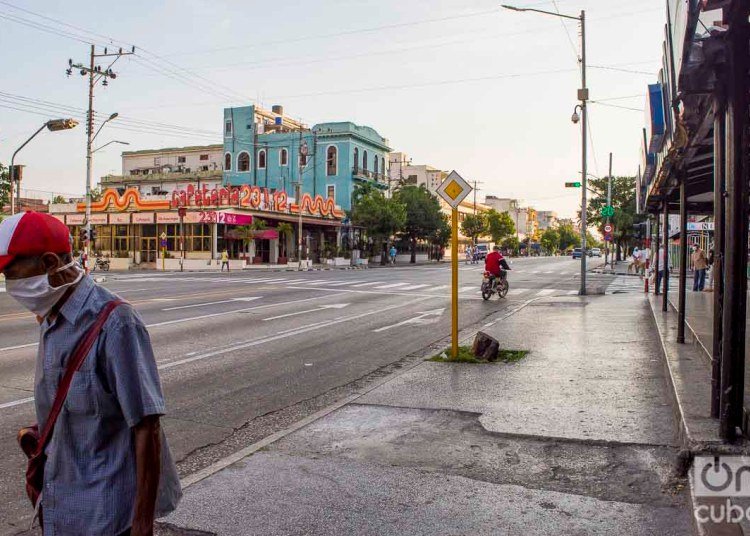 The corner of 23 and 12, Vedado, Havana. Photo: Otmaro Rodríguez

With the data offered this Monday morning by the authorities of the Ministry of Public Health (MINSAP), Cuba reaches the 350 positive cases of the COVID-19 disease. The deceased increased to 9, after a reported victim, and after yesterday’s report of four people in serious condition.

The numbers disclosed include the statistical closure made at midnight on Sunday, April 5, when 1,718 patients were hospitalized for clinical-epidemiological surveillance. Another 18,443 people are under primary health care surveillance in their homes.

According to the information, 764 cases were studied, of which 30 were positive. The new confirmed cases correspond to 29 Cubans and a foreigner from Tanzania.

The new deceased is a 38-year-old Cuban, resident in the municipality of Old Havana, who had had contact with a traveler from Switzerland.

“He presented symptoms of the disease, was admitted to the Naval Hospital and finally to the Félix Andrade Hospital where he died yesterday. He developed complications with a respiratory distress and with different manifestations of the disease; he even started suffering from diabetes mellitus,” said Dr. Francisco Durán, director of epidemiology at MINSAP.

Durán also commented that, initially, this patient had tested negative with the real-time PCR test.

“Later, at the terminal moments, both the rapid test and the real-time PCR that were performed were positive. So it is given as a confirmed case. What happens is that all diagnostic tests have their time to be made, which is when the viral load is detectable and, for example, in this disease, the greatest reactivity, the only time to find the virus is when it is between the fourth and seventh day after symptoms began,” he said.

Regarding the Cubans diagnosed, one has a source of infection abroad (United States), 17 were contacts of confirmed cases, 9 had contact with travelers from abroad, and 2 with an unspecified source.

The distribution by province is as follows:

Another matter to which Dr. Durán referred during the press conference, was the case of the internal medicine specialist member of the Henry Reeve Brigade that is in the Principality of Andorra. He tested negative to COVID-19 in two real-time PCR tests carried out, as well as in all the complementary examinations to which he was also exposed. Said specialist returned to work today as a clinician at the Nostra Señora de MeryKellt Hospital in Andorra.

Of the 350 patients diagnosed with the disease, 309 present a stable clinical evolution. Two evacuees and 18 discharges (three more yesterday) are also reported.

To date, according to the MINSAP authorities, the country has carried out 5,998 tests.

Coronavirus in the air? Facemasks yes, and other things too