Those involved are workers in a warehouse of medical means in the Cuban capital, drivers linked to the Ministry of Public Health and a transportation division, as well as other citizens with no labor links. 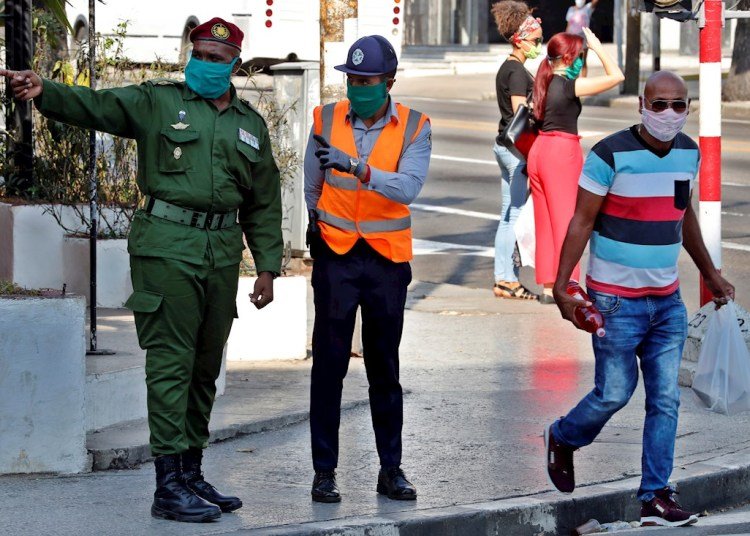 Eight Cubans were detained in Havana accused of subtracting facemasks and other articles of sanitary use to sell on the black market, amid the current epidemiological situation caused by the coronavirus, the state media reported this Sunday.

Those involved are workers in a warehouse of medical means in the Cuban capital, drivers linked to the Ministry of Public Health and a transportation division, as well as other citizens with no labor links, according to the note issued by the provincial Prosecutor’s Office published by the newspaper Tribuna de La Habana.

The subtraction includes 455 boxes of facemasks with a total of 4,550 units and other medical resources that were reserved in the Basic Unit of Ensume Warehouses for emergencies in the event of disasters, the report specifies.

In addition, it says that during the investigations the authorities seized 3,505 facemasks, medical gowns, scalpels, suture thread, surgical forceps and other medical means, in searches made at the homes of some of those involved.

The Havana Prosecutor’s Office indicated that the eight accused, in provisional custody for crimes considered “serious,” will have their rights and guarantees respected, but warned that their responsibilities will be individualized and that “the full weight of the law will fall on them.”

This Saturday, Cuban President Miguel Díaz-Canel called for “more rigorous” action against social indiscipline that go against the measures adopted by his government to confront the new coronavirus causing the COVID-19 disease and prevent its spread on the island.

To date, there are 320 cases of coronavirus diagnosed and 8 deaths, according to the last Cuban Ministry of Public Health report.

Coronavirus in the air? Facemasks yes, and other things too