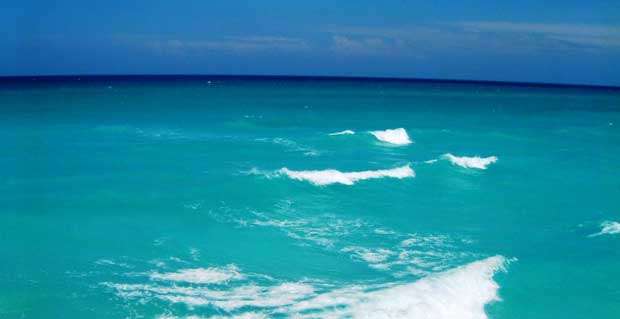 I don’t always have a clear idea of what I’m going to say when I sit down to write my editorial. This time, to find a little inspiration I decided to look over the more than 3,000 photographs that I have from Cuba. Images that have accumulated over the years, from before I left until today; images that, scanned all together at top speed like we used to do with our storybooks as children, feel like a silent film that could well reveal a story that is still happening, with an ending impossible to predict.

I poke through the photos and find one that I didn’t remember having. It is a Polaroid, one of those instant photos you used to blow on and shake to watch the image appear like magic. It was stuck to the back of another old photo as if it were hiding, so that I wouldn’t be forced to remember.

I study it at length and remember the moment clearly. Shirtless and skinny, I’m wearing Speedo swim trunks and my hair is a mess. It was a cloudy day, and the sea seemed to be at rest. I’m sitting on the wall of the Hotel Imperial, the only structure that stood between our front porch and the beach; I had recently turned 16. I was waiting for sunset, something I did often after gaining my grandmother’s trust to go to the beach alone. But that day was different. Times were hard, and many young people were leaving the country, like my friends Felo and Lucio, Ernestico and Josué, and quite a few others. I remember perfectly why I was there that day: I was reflecting on whether it was my turn, and how my life would be in that other place miles to the north.

At the time I didn’t know it, but a few hours later, I would emigrate from Cuba. I had the same expression of fright and uncertainty worn by the families who, every day, with yellow envelopes in hand, would board one of those Havana-Miami flights that carry our magazine. I don’t remember who took the photo—it might have been my friend Canosa, or Milagros, the girl who ruled my heart at that time. Both of them stayed behind. Looking closely at the photo, I think that I was saying good-bye to Cuba without realizing it; I knew that I was leaving, and I was terrified by the idea of not being able to return.

When it was almost dark, right at that moment when the crabs begin leaving their tracks all over the sand, I saw a boy throw away an empty Son soft drink bottle. Discreetly, I picked it up and asked a man who was having fish soup at the bar for a piece of paper and something to write with. Without thinking twice, I corked the bottle with a piece of pine wood and threw it into the sea….

The floating message said:
In case I see you again on the other side of the sun.
Varadero, May 14, 1980
Hugo Miguel Cancio
Sometimes memories like these are forgotten, like a shipwreck on the high seas. Having my mind clear for a few days allowed me concentrate on this forgotten photo that brought back that private moment for me, when I cast my lot into the sea on that beautiful afternoon in the Varadero of my youth.  In our July issue, OnCuba pays tribute to Varadero, and it’s about time; I, however, remain aground in Varadero 1980.

Opening to Foreign leagues would be an interesting move