This biographical film about Carlos Acosta, rather than a story of personal growth, is a drama about cultural and racial vindication.

dean
in Republic of Images
0 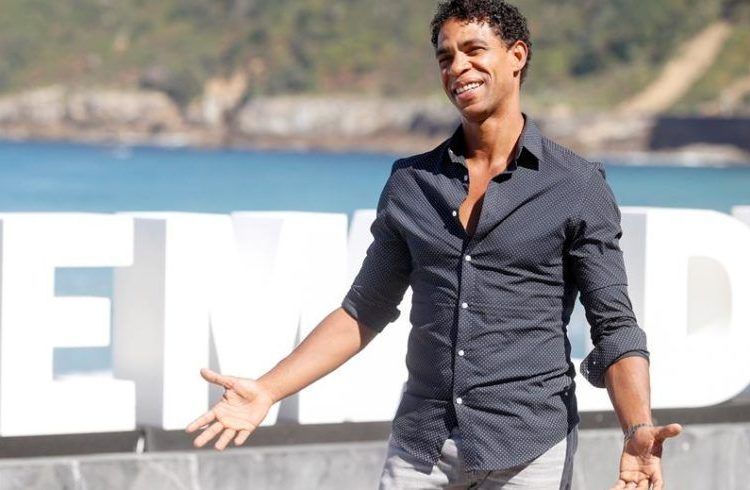 Carlos Acosta poses during the presentation of Yuli, which is competing in the official section of the 66th edition of the San Sebastian International Film Festival. Photo: Juan Herrero / EFE.

When Yuli is premiered in Cuba it will be a resounding success. The movie theater will be full of all kinds of catharsis. And applause. It already happened when it was screened during the Havana Film Festival last December.

Because Yuli talks about pain. It is inevitable to indicate the bittersweet feeling left by this island version of A Star is Born. Based on the real story of dancer Carlos Acosta, with a script that is a version of his own autobiography (No Way Home), Iciar Bollaín’s film is a sort of initiation story that involves a process of personal growth, professional success, overcoming of social class and resistance to racial prejudices.

By the way, the issue of racialism is decisive. Paul Laverty, its scriptwriter, whose affiliation with political issues and class visions is well-known (especially because of his long-standing collaboration with Kean Loach), stressed it as much as he could in his adaptation of those memoirs. Because the drama – almost the tragedy – of Acosta is having been an exceptional black dancer in a school like that of the National Ballet, whose racial prejudices are an overt secret.

The slave ancestors’ suffering, which Laverty uses for the context of the historical colonial trauma of Acosta’s identity, acquires absolute weight in the scene of the journey of the child and his father to the ruins of the sugar mill where his ancestors were mistreated. That sequence is one of the moments where the film emphasizes its profound thesis: we are witnessing a drama of cultural and racial vindication. In that segment, in addition, the discursive, obvious and didactic tone appears that threatens at times to transform Yuli into a thesis film.

This aspect is underlined in the most faceted and richest character of the story: Acosta’s father. The parent who forces his son to take the mortifying path of discipline, of the imposition of a must be, is also a self-conscious subject who knows that this is his race’s way out: getting out of the neighborhood, poverty, his destiny as a trucker, a go-getter like any Cuban. And, of course, the departure from Cuba.

The father constructed by Santiago Alfonso is woven through few but sufficient resources. Alfonso does not have the chameleonic capacity, always adjusted to the needs of the situation and the scene, which Laura de la Uz exhibits, nor the naturalness of the boy Edison Manuel Olvera, nor of Keivin Martínez, who plays the young Acosta. Because the character of the father is the true tragic subject of this story, as well as the enigma of that tragedy.

With those ingredients, the partiality of Laverty’s script is what prevents Yuli from being a content and revealing drama, but instead becomes an honest melodrama. One with different lines of a story that weaken the strength of the central theme, with dramatic effects almost out of place (the story of madness and suicide of the sister ends up being too overdone, too melodramatic) which divide the interest in several directions and end up – almost – making Acosta’s story that of one more winner.

However, every happy ending has a cost for the complexity of any story. Especially when there are questions left unanswered along the way. The main one: Why did Acosta have to leave Cuba? Because in a Third World country with a world-class ballet company its ceiling was too low, or because being black in a country of white dancers…his destiny was going to be that of an eternally second dancer?

Acosta’s book is somewhat more explicit in that sense, but one of Yuli’s shortcomings when it comes to expressing with complexity Cuba’s reality (something it does quite well, even better than many Cuban films) is to obviate that Acosta’s drama is much harsher because the dancer had no choice but to leave.

That matter is outlined in his teacher’s mention of the black dancer who could not dance the main role in Romeo and Juliet; “because who can conceive it: a black Romeo….” And one also has a glimpse of it in the scene in which Acosta and his father are waiting for the authorization to leave Cuba contracted by an important foreign company. Tense in the National Ballet mansion, before an office behind whose open doors decisions are made about lives and careers.

Those sharp edges of reality that the script decides to ignore are the darkest area of ​​Yuli. Or of what is behind, even below, the surface of this biopic. Because in short Yuli is a beautiful film, well told, with one of the most serious production works of independent Cuban cinema and an almost impeccable casting. From which the spectator leaves comforted, happy to know that this boy got away with it, but above all that on the way the character did not lose what’s most valuable: his plume, as Cyrano de Bergerac liked to say.

Perhaps the film’s riskiest structural decision was to turn it into a double text, which is constructed like a flashback. Risky, because sustaining that back and forth between the past and the present of the character ends up losing strength, intention and a grasp of the story. Because Acosta’s interpretation of himself is not always good, surrounded as he is by actors who shine. And because although the impressive dancing quality of the dancers who produce the choreography in the film (actually, some of the most valuable young figures in Cuban dance today) has its own appeal, the narrative pulse suffers and becomes exhausted, the movie loses the interest from its first hour and its bellows in the second.

But I insist: despite everything, even the partiality with which Bollaín and Laverty decide to model the presumed heroism of Acosta, I feel we are in the face of a very sad story. That Yuli is a terrible allegory of the Cuban destiny. First, because Carlos Acosta lost too much to win everything. And because we Cubans missed him. We did not see him triumph in his star roles. We did not see him play the part of Romeo, with his curly hair and dark complexion. We were not able to attend a season of his company on a Saturday night. Even less read his memoirs, from which a handful of European producers ended up making this film version.

Yuli, the story of a man who had to overcome himself and his circumstance to make his body a monument to the magic of dance, to the whim of the liberated human anatomy, is also the fable of a descendant of slaves that had to return to the place from where those who enslaved his race came from to hear the applause he was denied in his land.

Cuban-Americans in Miami divided in their views on Cuba