Biden is in no hurry to repair relations with the island, in fact, he possibly doesn’t even intend to. 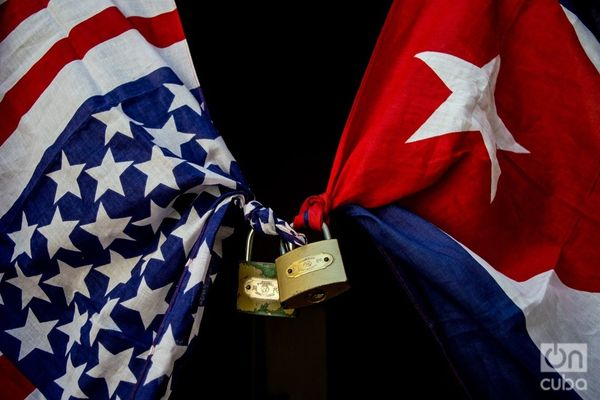 The principal director for the Western Hemisphere of the White House National Security Council and assistant to President Joe Biden, Juan González, has recently given two interviews in which he has spoken about the current state and possible future of Cuba-U.S. relations. The first was with Juan Carlos López from CNN in Spanish and later with Andrés Oppenheimer for The Miami Herald. For those who hoped that a Democratic victory would easily resume Obama’s policy with the island, these two interviews were like a bucket of cold water.

What Juan González said was blunt: Regarding Cuba, Biden is not Obama. But before the elections, Biden had assured that he would return to Obama’s Cuba policy. Why this position now?

Because, first of all, and as always: Cuba is not something central or fundamental for United States politics, unlike the United States, which does hold a relevant place in Cuban politics. The Cuba-U.S. dispute is real, but not the same for both parties. You just have to notice how many times the top Cuban leaders allude to the United States and how many times the Americans mention Cuba. This does not mean that “the dispute” does not affect the island much, but rather that for the United States the concern is much less. It is almost always related to the elections in Florida or to the games of power in the U.S. Congress, where there are ten Cuban-Americans: three senators and seven representatives to the federal house. And among them, all arch-enemies of the Cuban government, some currently very powerful, such as Democrat Robert Menéndez, a prominent member of the Senate Foreign Relations Committee. Menéndez holds the key for Biden’s various legislative, domestic and international projects to come to fruition. And we already know the place that the “right” or the “fair” occupies in the priorities of politicians: always behind their own objectives. The support of Menéndez, along with three other senators who are also against the Cuba-U.S. rapprochement, such as Marco Rubio, Ted Cruz and Rick Scott, is crucial to the bipartisan consensus policy that Biden says he wants to achieve in the legislature.

The first sign that things would not go very well with Biden did not come to me from a “reliable source,” or the responsible analysis of some columnist. And it got to me very early, just two days after the Democratic victory. And it came from Havana. It was the message of “no congratulations” sent by Cuban President Miguel Díaz-Canel to Joe Biden, where he said verbatim: “We recognize that, in their presidential elections, the U.S. people have chosen a new course. We believe in the possibility of constructive bilateral relations respectful of differences. #SomosCuba #SomosContinuidad.” Not a wink, no buttering up.

However, the previous Cuban president, Raúl Castro, did congratulate Donald Trump when he won the elections, four years earlier. Life has a lot in store, right? Because Trump has been the most aggressive president against the Cuban government after Kennedy and his Bay of Pigs invasion in 1961. And Biden was expected to be the most sympathetic to Cuba, after Obama, who caused a media and political phenomenon of understanding with Cuba that unfortunately will never be repeated.

Biden is in no hurry to repair relations with the island, in fact, he possibly doesn’t even intend to, because since he arrived at the White House he has done nothing more than deactivate dozens and dozens of Trump policies, but not even one related to Cuba. Despite the fact that he promised it in his election campaign, Biden seems to agree with his predecessor’s Cuba policy. The island is in a more difficult socioeconomic situation than before the thaw with Obama, when the reforms carried out by the Cuban state already inspired calm optimism and the opening of relations between the two countries seemed to bless that optimism…and as now the situation is tougher, the Biden administration decides to wait. It is not the tactic of simply postponing the less important for national interest, it is the tactic laying siege to a city. The worse things are inside, the calmer, the more excuses.

And it will be true that Cuba is not important to the United States, rather the other way around. That the problem is not the Americans’, but the Cubans’. Juan González also told Oppenheimer that they were willing to talk to Cuba, but that they had to see “concrete things” from the Cuban government before “wasting time” in talks “to completely return to Obama’s policy.” What are the concrete things they hope to hear from the Cuban state? People understand each other by speaking, when they speak the same language. And so far there has been no news that such talks exist or will exist. Nothing unusual otherwise in the intricate diplomatic world.