The complaint has been filed by the heirs of a sugar factory nationalized on the island in the 1960s, after the triumph of the revolution led by Fidel Castro. 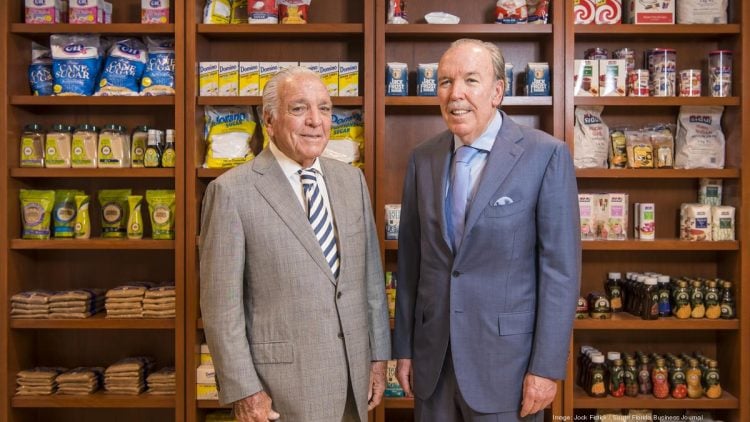 A Cuban-American family, dedicated for more than a century to the sugar industry and whose properties were nationalized on the island in the 1960s, has been sued in a Miami court for allegedly negotiating with the Cuban government the purchase and transfer to the United Kingdom of a shipment of sugar, produced on another property that was also confiscated.

The Alfonso and José Fanjul brothers, millionaire owners of the Florida Crystals refinery, based in Palm Beach County, were sued by the Francisco Sugar Company, a company founded in 1899 in New Jersey, whose owners are also of Cuban origin and whose farmland in the Guayabal area, in eastern Cuba, were nationalized after the triumph of the revolution led by Fidel Castro.

The complaint is directed against ASR Group International Inc., the Fanjul conglomerate, the world’s largest sugar refinery and marketer, and was filed under the Helms-Burton Act, whose controversial titles III and IV were activated by former President Donald Trump on May 5, 2019.

The law allows lawsuits in U.S. courts by Americans and Cuban Americans who want to file a lawsuit against the use by other companies of assets nationalized at the beginning of the Cuban Revolution.

According to the text of the lawsuit, the Fanjul company violated the Helms-Burton Act by buying cane sugar grown on the former lands of Francisco Sugar Company and exporting that sugar from the Port of Guayabal to the ASR refinery in London. The document specifies that “it trafficked that sugar with full knowledge that the sugar lands of Francisco and the Port of Guayabal had been confiscated by the Cuban government in 1960.”

The complaint also indicates that at the time of the nationalization of the lands, the company had yet to fulfill nearly 47 years of exploitation rights, granted by the government of dictator Fulgencio Batista, starting in 1951. In other words, at the moment of the filing of the complaint in the Miami court, those concession rights, beyond the moment the properties were nationalized, would already be expired. This is a no less important detail, because two other lawsuits for the confiscation of properties in ports on the island have been rejected precisely because they were already expired concessions.

However, the claim is also possible because the confiscation was registered and recognized by the United States before 1996, when the recognition process closed. But the Fanjul brothers, very active in the sugar industry, are defending themselves fiercely and totally reject that they have negotiated with the Cuban government or exported Cuban sugar to the United Kingdom.

In a joint statement, the Fanjuls argue that the legal action should be dismissed as “absolutely false” and “offensive.” Furthermore, they add that if the attorneys handling the case had reviewed the public records on the actual shipment in question, they would have realized that the allegations made against ASR were false.

“A lawsuit that makes outrageous claims that ASR Group International, Inc., a company affiliated with the Fanjul family, purchased sugar from Cuba is absolutely false. We are surprised that the plaintiffs and their attorneys have submitted these false claims since publicly available records clearly show that the sugar shipment in question in the claim was purchased and delivered to another company that is not affiliated in any way with the ASR Group or the Fanjul family,” they say.

In fact, the defendants emphasize that the final destination of the sugar in question was Peru, in 2016, the date mentioned in the complaint. Furthermore, “if the lawyers had diligently done their work, as required by the ethical rules and the federal courts, they would have known that their allegation that the ASR Group bought sugar from Cuba was false. The Fanjul family, like many Cuban Americans, lost everything as a result of the Castro regime. Falsely accusing the Fanjul family or any of our affiliated companies of violating the embargo with Cuba is offensive, even more so coming from fellow Cubans.”

According to official British government documents, the United Kingdom did not receive shipments of sugar from Cuba in 2016, the year in which the lawsuit alleges that the sugar giant violated the U.S. embargo on the island.

The Fanjuls maintain that because the lawsuit has not been dismissed after they provided the petitioner with the documents proving the actual destination of the sugar shipment, then they assume that the sole purpose of the complaint is to tarnish the name of their family and their company, and nothing else.

In fact, “we delivered to the lawyers (of the plaintiffs) the public records that show that the ASR Group did not make the purchase of the Cuban sugar that they cite, and they have not dismissed the complaint, which leads us to think that their conduct is malicious and its sole objective is to stain the reputation of the ASR Group and the Fanjul family,” the statement from the Cuban-American businessmen concluded.