The economic reform in Cuba: stuck in the middle

Sequencing and partiality in the measures adopted has led the Cuban economy to an adverse situation. The logic of the past doesn’t govern, nor has a new economic logic been allowed to prosper. 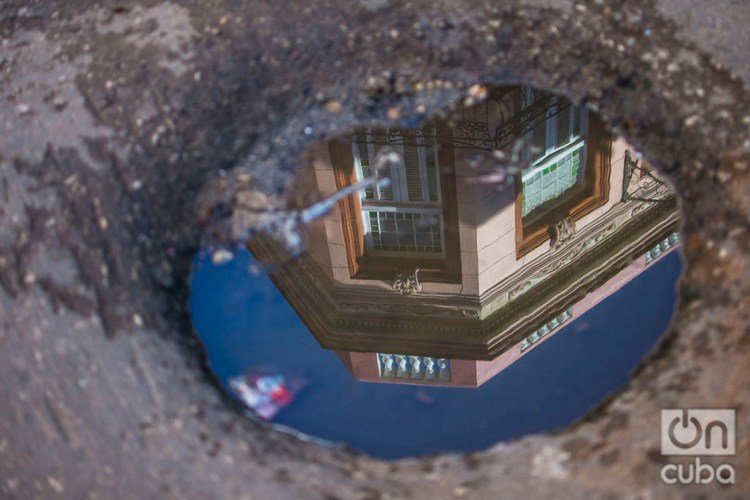 It is clear that Cuba has gone from a long first stage in which reforms were understood as a necessary but reversible evil (between 1990 and 2008), to another in which reforms are conceived as desirable, although a comprehensive conception of the process and a sufficiently dynamic sequence of change is lacking.

Fear of the costs that the reforms entail―in very diverse fields, also in the political one―has led the definition of a comprehensive framework of reforms and the scenario that leads to the Cuban economy to be postponed again and again.

It is important that this stage be also closed and that the reform be ambitiously seen as a program of simultaneous and comprehensive action. The reforms in some areas require actions in others if they are to bear fruit. Although the value of caution is recognized, the fragmentary nature of the actions has its costs.

Sequencing and partiality of the measures adopted has led the Cuban economy to an adverse situation. The logic of the past doesn’t govern, nor has a new economic logic been allowed to prosper. We could say that for years Cuba has been in no man’s land, stuck in the middle of a process of change, perhaps the worst of the options.

Two main factors that affect the effectiveness of the economic reform process can be identified: the absence of a recognizable goal and its measured partiality.

Absence of a recognizable goal

The texts that are presented as strategic (the Economic and Social Policy Guidelines of the Party and the Revolution for the period 2016-2021 and Cuba’s National Plan for Economic and Social Development 2030) are political documents that maintain a dominant declarative tone, but are not very useful to define a recognizable economic model. Not even the document entitled Conceptualization of the Cuban economic and social model of socialist development meets that purpose: it is rather a desiderative text with limited precision in terms of strategies and definition of the economic framework of the future.

The government presents the changes as the advance towards a prosperous and sustainable socialism, but without defining the meaning of that motto. At times the official press praises the successes of the Chinese and Vietnamese model, but in others it demonizes the work of the private sector.

The current economic and financial crisis, in the midst of greater sanctions by the Trump administration and the stagnation of the exchange with Venezuela, has not led the new government to strengthen a reforming position, or at least to reveal its own diagnosis of the causes of the failures of the economic system.

The lack of definition of the goal is growing when instead of offering a better definition of the desired future model, the new proposal that appears on the current president’s economic agenda consists of retaking some of the transformations of the 1990s, such as the partial re-dollarization of some markets and industries, which goes against the many-times announced monetary unification.

In the absence of commitments regarding the pace of the reforms, the authorities’ levels of discretion for decision-making are high. And that same discretion gives added margins to the change-resistant sectors to organize and pressure in order to delay or relegate the reforms they consider most damaging to their interests.

In this context of uncertainty, social agents are unable to anticipate the changes: their attitude is to remain in expectation, waiting for news confirming a new reform. Their uncertainty―extended to international companies operating in Cuba―not only limits their effective involvement in supporting the reform, but also damages their willingness to invest, given the absence of credible medium-term scenarios.

The partiality of the reforms

The absence of a precise goal explains the lack of a systematic and comprehensive reform plan. The whole logic is lost for the benefit of a “patching” dynamics: partial concatenated decisions are made as problems are detected and political margins are available to solve them. In some cases, decisions try to advance a previously postponed reform; in others, to correct the unnoticed consequences or the gaps in previous decisions.

However, the process is governed by the sum of partial actions, rather than by the logic of a comprehensive plan. Seen as a whole, the problem is not that there are no reforms: they have been many―and some have been important. The problem is that many of these changes do not achieve the due effect because they are not accompanied by reforms in other complementary areas.

Obtaining partial successes is, however, crucial, especially if a gradual and prolonged path of reforms is adopted, because it allows the social support to be sequentially broadened (reducing the margin of the change-resistant sectors) and because it makes it possible to extend the viability of the subsequent reforms.

In Cuba’s case, the partiality of the reforms means that both objectives are achieved in a very limited way.

In short, because a comprehensive reform plan is lacking, and because the reforms are fragmented and partial, the effect of the induced changes is well below the expected. The consequences of internal changes have not reached the majority of the population―which depends on employment in the state sector or is pensioned―, nor have the levels of competitiveness and economic growth improved on an aggregate scale.

The presence of a new head of state has incorporated new ways of proceeding and new styles of government, but without having represented an inflection in the dosed tendency of fragmentary reforms inherited from the previous period, that of Raúl Castro.

The situation is aggravated by the new course that the Trump administration adopted regarding Cuba (and Latin America, in general). Three years ago, it seemed that the reestablishment of diplomatic relations with the United States presented a clear diversification option for the island’s international relations, but with Trump that option ended. At the same time, the most aggressive measures against Cuba have been resumed, such as those derived from the Helms-Burton Act.

Faced with this adverse international environment, the Cuban economy needs to find new shock-absorbers for the Venezuelan crisis. The solution to its problems is not so much in identifying the support that can be obtained from abroad (these being important), but in the capacity to startup a coherent and predictable process of productive and institutional transformations that attract investment and incentivize productivity.

However, making the economy more flexible and creative goes through expanding these spaces, moving from hierarchical and administrative decisions to those more autonomous that respond to an adequate design of incentives. A correct institutional framework is the one that aims to ensure that the returns of private decisions are as closely aligned with social returns as possible, making collective efforts more efficient.

That should be the goal.

* Summary of the working document of the Europe-Cuba Forum. Co-authored by Cuban economist Pável Vidal. It is reproduced with the authorization of its authors.