When the guards allowed me to go to the visiting room, I saw my dad among the crowd of relatives waiting to see their loved ones. 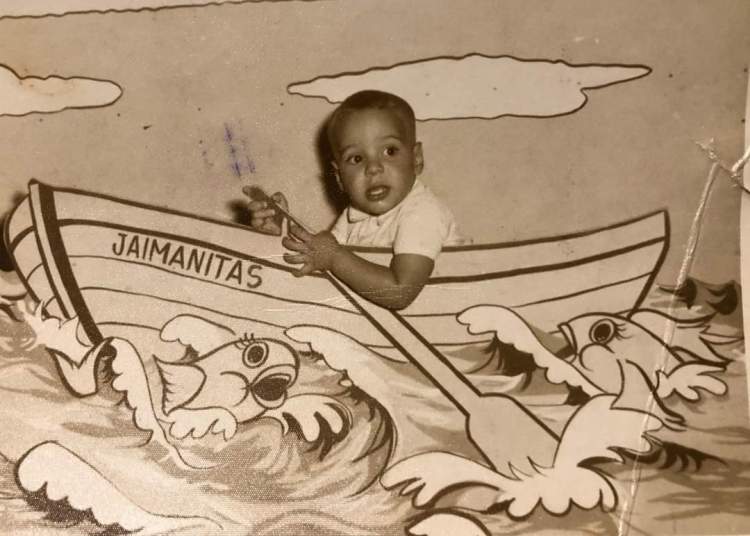 “The family is sacred,” my father told me that day. “I will not abandon you.” At that time (a day like today three decades ago) I was imprisoned in Cuba. The crime?: “Illegal” departure from the national territory.

How to forget that meeting. When the guards allowed me to go to the visiting room, I saw my dad among the crowd of relatives waiting to see their loved ones. I hadn’t seen him for a few weeks, but my dad looked older, as if sadness had turned him into a hunchback.

I hugged him for a second (enough for the re-educator dressed in olive green to make a severe gesture). “Family members sit on this side and inmates on the other” was heard on the loudspeaker. “What’s up dad?” I said to him, forcing a smile and trying to make the solemnity of the moment seem lighter. I was ashamed.

My father was a man of humble origins born in the early 1900s. Like many in Cuba, the old man unconditionally supported the Revolution. A tobacco worker, he had led a hard life and barely knew how to read and write. And I, the son from his old age—the exemplary child—had turned out “disaffected,” “a gusano.”

Dad’s ideas and mine took divergent paths ever since I reached adolescence. We used to get entangled in byzantine discussions where he wanted to show me that Cuba was the best country in the world and I, that this was “crap.” “You are blind pop,” I said, to which he would riposte, “And you don’t know what you’re talking about.” Now, to top it off, they had captured me trying to leave the country on a raft; and I was sentenced to a year in prison.

To this day, I have that memory of the two of us, sitting there, facing each other in that room full of crying children, mothers with eyes full of love and sad men dressed in gray.

That day I felt sorry for him and for a moment I forgot the situation in which I found myself. Without a doubt, my dad had aged. I would have done anything to avoid that “shame.”

“Dad, you better not come to the visits. A year goes by in a jiffy.” And that’s when he came out with that. “You be calm,” he said (using that “you” that Cubans use with their children and denotes certainty and authority). “This is going to pass and we’re not going to turn our backs on you.” During the year I was incarcerated, my father did not miss any of the visits.

With his 70 years, he made tremendous queues in the little neighborhood market to buy cookies and went around Havana to get me a bar of guava paste. He got to those visits carrying a bag that complemented the meager diet of the prison and sweetened my soul. Interprovincial trips? Dawns? Distances? Waiting? Hours in the sun (or in the rain)? Whatever.

Sometimes, because of a mistake of the penal bureaucracy, he had to leave without seeing me. But he always came back; tireless, unbeatable.

After that, dad and I never discussed politics again. In 1991 I finally left Cuba. This time I was able to cross the Straits of Florida on a lucky raft and arrived in the United States. From then on, and with the economic hardships that were getting worse on the island, it was my turn to take care of my old man and the rest of the family I had left behind. Then, I tried to be “his bag,” his cookies and his guava paste.

Years later when I returned to Cuba to visit him, we walked together and talked about my children (those grandchildren he got to meet and gave him so much joy). Until the day of his death two decades ago, there was no Special Period, nor migration regulations, nor limitations, that prevented me from fulfilling my duty as a son to him and the rest of the family.

That man was almost illiterate, but he was wise. He didn’t visit churches, but he taught me something deeply sacred. With him, I learned that love is the only thing that endures. There may be ideologies in fashion, governments of the moment, paradigms dictated by times and circumstances; but all that is temporary. That was his biggest lesson.

And I tell you this story because today my son Carlos, who is already a man (“time flies and we get old”), comes and asks me if I read the news. Then he tells me about government restrictions, about charter flights, that things are going to get worse (his mother is in Cuba).

And I remembered my father, and all of a sudden, the whole past came back to me, like a flood. Then, as if I had a crystal ball to tell the future, I told him, slowly, so that he would never forget: “You be calm, this is going to pass. The family is sacred. It always has been. And we are not going to turn our backs on them.”