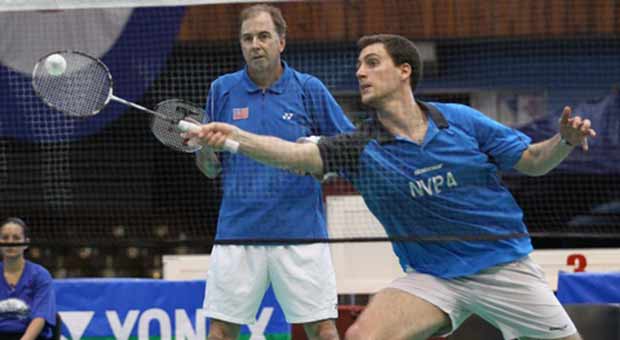 The XV International Badminton Tournament Giraldilla de la Habana, event held at the Havana’s Sports City’s Coliseum wrapped this Sunday and in it Americans Bjorn Seguin and Mathew Fogarty won two silver medals in the categories of single and double.

Seguin, who was defeated in the semifinals fought three sets (21-16, 19-21, 21-18) Cuban Osleni Guerrero, seemed to be in a state of grace and many saw the possibility to become the new champion of the contest . However, during his confrontation with Czech Jan Frölich, Seguin was well below the level demonstrated and further away from the excellent player who had beaten Guerrero few hours earlier.

So, in just 30 minutes, the U.S. lost the gold medal and the opportunity to garner the 2500 points the Giraldilla offers winners in each category, now that the contest holds the International Series level. Straight sets, with comfortable scores of 21-6 and 21-9, do not require much explanation.

Bjorn, an excellent player with feline agility in his movements, came to the court in the Cuban capital lacking concentration, whereupon Frölich took advantage of his repeated inaccuracies in the response and attack when he left the volley several times hitting the top band of the net.

Thus Seguin accumulated a total of 2130 units for the world rankings, which should make him improve his 86th place in the world.

But that would not be the only silver for Seguin, then a while later he repeated the performance, this time to join Fogarty in doubles and lost straight sets (21-15 and 21-11) to the duo of Guatemalans Jonathan Solis and Rodolfo Ramirez, in just 35 minutes. The interesting thing about silver is that Fogarty could be considered a veteran at 57 years of age.

Undoubtedly, one of the attractions for this event is the presence of Mathew Fogarty, who repeated for a third time his presence in the Giraldilla and accompanies Seguin as his playmate. According to Fogarty, he will be playing badminton as long as his physical condition allows it and ensures that his current availability is based on the study of his possibilities and everyday training.

Their performance brought repeated applause, as the experience Fogarty to lead the game and manage time on the net, was mixed with the explosiveness and strength in the attack Seguin unfolded from the back of the court .

It was quite a show, which was only exceeded in the final for the youth and teamwork of the Guatemalans who exhibited a superb level along the entire tournament. After the result, Fogarty, declared lover of Cuba and its people, said laughingly that he hopes to return next year for a new participation.