Changes in countries to participate in V World Series of Boxing 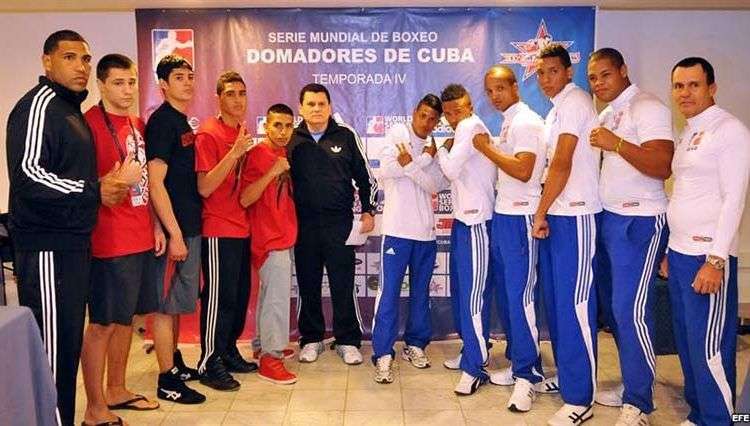 The International Boxing Association (AIBA) continues making headlines and correcting details in search of making its main event, the World Series, an event followed by many, full of entertainment and competitiveness. When the news is still fresh on the election of three exponents of the Cuban School as part of the best of this 2014, another informative headline regarding the Domadores comes to our sports page.

Germany, that in the edition number four did not get to any positive dividends, was replaced by a universal power of this discipline which will make of group A lot more cumbersome. The new team is England, owner of a rich history in the art of fists from the early twentieth century.

Its call raises the cache of the tournament at the expense of the Germans, who did little in the ring and left much to be desired. Also strengthens the segment of the Cubans, who already knew the presence of Russia, Algeria, China, Ukraine, Morocco and Mexico.

Records show that in the Olympic Games in London in 1908 Albert Oldman won the gold medal in the heavyweight division, or Sir Henry Cooper, British ex-boxer, British champion, European and Commonwealth. A man who once fought with the promising Cassius Clay – he had not yet changed the name- and another against “Muhammad Ali”. Both wins were for the legendary African-American.

Later in time, very few do not remember the great fight of the boy at the time, Amir Khan before the great favorite of 60 kg in Athens ’04, Mario Kindelan from Holguin. A demonstration that clearly dictated his chances, which showed in the fight scheduled months later as his farewell to the amateur level and in the professional sphere today. Today, Khan is perhaps the most hyped British boxer along David Haye with the latter defeated on two occasions by Odlanier Solis in his time as an amateur.

Also the registration of Puerto Rico ratified as part of a group B where already were runner-up Azerbaijan, Kazakhstan, Italy, Argentina, Poland, United States and Venezuela.

The Domadores, who like beasts minimized each of its rivals, now have another good challenger to jeopardize the maxim “hit and don’t get hit” fully enforced in this contest as rookies, which found in our team a solid participant, if you stick to the tradition, the current level and the interest shown by the managers of the island and no wonder, the record scares: 63 wins and only 18 defeats. The numbers, at the best reggaeton style, show themselves.

The V World Series start in the first month of 2015 and runs through June, and has the main incentive giving direct tickets for the Olympic Games in Rio de Janeiro’16. According to the program previously broadcast, Cubans receive on January 16 Morocco in format C-1 divisions (49, 56, 64, 75 and 91 kilos).

According to AIBA, in this new version from Latin America will compete today´s monarchs, “Cóndores” from Argentina, “Guerreros” from Mexico, and the newcomers “Huracanes” from Puerto Rico and “Caciques” from Venezuela. The latter and the team from China, according to unofficial information known are the two teams so far Cuba has given its approval for the recruitment of fighters into their ranks. Morocco, like the first time, is also interested in summoning some exponents of the national boxing franchise. The exact specifics on this issue will have to wait.

Alexei Ramírez or the boomerang that did not return

The new jewels and the JoJazz of all time