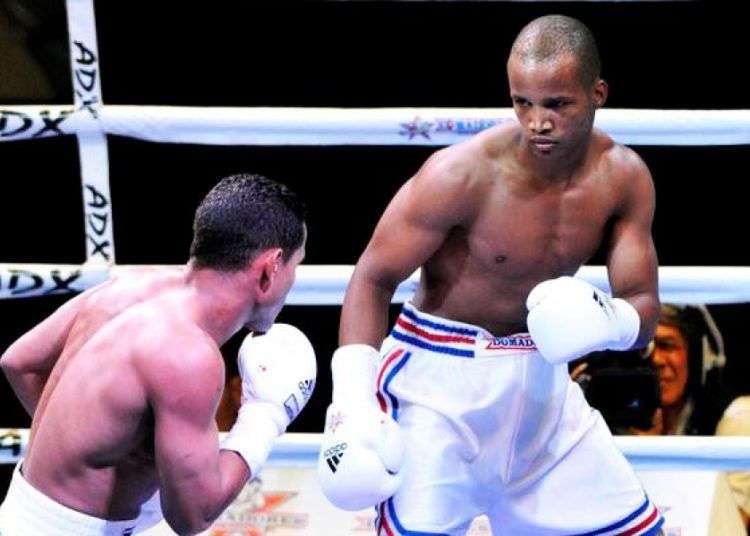 Cuba, its boxing and Domadores kept their perfect pace in the V World Series of Boxing (WSB) after four wins and one defeat reached over the British Lionhearts in Havana´s Sports City.

Friday´s achievements kept Cubans as absolute leaders in Group A, with 18 points, and the only franchise without losing points within the group.

The match began with the success of World bronze Yosbany Veitía (49 kilograms) over the Dominican nationalized Spanish Kelvin de la Nieve, who now reinforces the European team. The unanimous vote left no room for doubt about the superiority of Veitia, moreover, unbeaten in 11 bouts in the WSB.

To keep pace, the two-time world champion Lazaro “Prince” Alvarez (60) imitated his counterpart. His rival, the French king Oualid Belaoura did not give truce and accepted the challenge of who surpasses him in all aspects of boxing. However, this can be considered the worst fight of Alvarez in the WSB, with wide shots and deteriorated guard.

The program´s decision came through the London Olympic champ Roniel Iglesias (69) in a discrete presentation, where his technical and physical preparation were absent, but despite everything, it was solved 3-0 against Haizel Ekow Tabiri-Essuman.

The fight was the prelude to the most lopsided vote seen so far during the current event. And the Camagüey Julio Cesar La Cruz (81) handcuffed John Newell who was prepared to receive a lot and hit little. The scorecards of 50-43, 50-41 and 50-43 have never before been heard in the Cuban capital´s premise or television broadcasts.

Closing the evening, a combat rose from their seats to the few fans who gathered at the show. Joseph Joyce, bronze medalist of the Old Continent in 2013, crashed on uneven match against Camaguey Leinier Pero (over 91). Nothing more and nothing less than eleven kilos had the visitor over the Cuban, without forgetting the difference of 15 inches in height.

However, the host moved, came and went, endured heavy blows, and “brawled” as many expressed yesterday, but the split sentence led to the second defeat of the Domadores in the tournament. Joyce, world ranking leader in that division until that moment, showed that, despite its technical limitations, straight and powerful hooks are weapons to fear in the future.

The winners speak to Oncuba:

Yosvany Veitía (49 kg): “I never underestimated the rival; he is a strong and experienced opponent in the ring. That’s why I developed my tactics. The victory helps me to advance within the category listing looking to get a direct ticket to the Olympic Games in Rio de Janeiro, Brazil, and follow my goals to get in shape to the Pan American Games in Toronto and the World Championship. ”

Lazaro “Prince” Alvarez (60 kg): “Sometimes the aim was to show myself much more combative and go beating him physically, because the art was on my side. That settled the key point of success. I have an injury, but does not determine anything, go to defend ring up and make things right. About the “Prince” is because it was determined that each of us had its nickname, and that I always liked it. It is no because of reggaeton singer of Los Desiguales ( he smiles) even I tell you something, my favorite in this urban genre is known as El Yonky “.

Roniel Iglesias (69 kg): “I just recovered from some discomfort, but I felt well prepared and able to do better in the future. He grabbed me constantly and that complicated things. He fought dirty. I still think it was a good result because the main thing is the team, which will better every day. ”

Julio Cesar la Cruz (81 kg): “I felt good at all times. I took the pace of the fight and that was essential. The preparation surfaced. We are ready to bring more success to our people. ”

Joseph Joyce (over 91 kg, Lionhearts): “It really was a good fight, I felt good. My rival is still very young but has great mobility for the division. I noticed him quite skillful and left me feeling that can give much more in boxing. The Cuban team is brilliant, man by man they are tremendous, are like the encyclopedia of boxing worldwide. I have as referents Teófilo Stevenson and professional Guillermo Rigondeaux, both very good. ”

Rolando Acebal (head coach of the Domadores): “With the exception of the over 91 kilos, our athletes left no doubt, they exhibited good shape and even ended fresh. Leinier Peró´s opponent had several kilos of difference over him. Moreover, ours is making inroads into this new division and still lacks a bit more power and safety in the movements. I think this is going to help him much, not only as a competitive preparation, but from a tactical point of view. The important thing is that we keep winning as a team and gaining full marks “.

Beyond the Wall (Part III)

Beyond the Wall (Part III)

Diana Fuentes and Her Planetario Tour for Cuba

The number one enemy of Cubans