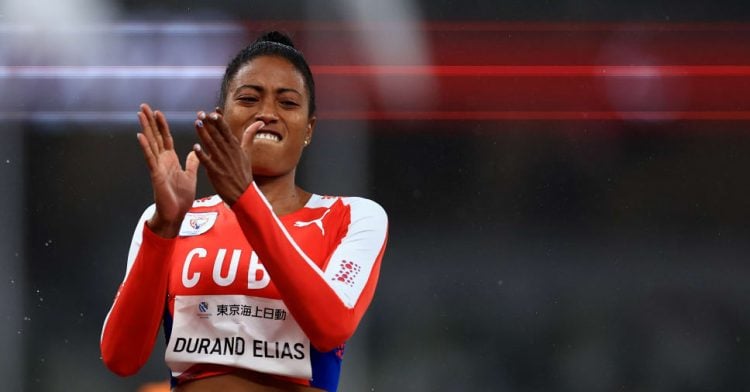 The Tokyo 2020 Paralympic Games are already history. After two intense weeks of competition, the sixteenth universal event for athletes with disabilities closed this Sunday in the Japanese capital with remarkable sporting results and an indisputable success in its organization, despite having been held in the midst of the rigors of the pandemic.

China, with 96 titles and a grand total of 207 medals, widely dominated the table of medals of the event, which brought together more than 4,500 athletes from 163 countries and awarded medals in 22 sports. Of these, Cuba participated in only seven, with a delegation of just 16 competitors and a guide, the smallest in recent editions, a sign of how complex it was to get close to previous performances in these events and even meeting the demanding forecast to be among the top 20 nations.

Finally, it could not be. The largest of the Caribbean islands anchored in position 35, with four titles, a subtitle and a bronze, in a table of medals that, although it had a clear dominator, evidenced the general rise of Paralympic sports and showed a wide distribution of the medals. Not in vain, 62 countries reached at least one title in Tokyo and a total of 86 managed to get on the podium, with Brazil (22-20-30-72) and Mexico (7-2-13-22) leading the way in Latin America.

For Cuba, what has been achieved now represents its worst performance in competitions of this nature in terms of the number of medals (6), and the second lowest position in the table of medals, only surpassed in Athens 2004, when it finished in 43rd place with two golds, two silvers and seven bronzes. And even though this time the previous preparation was conditioned by COVID-19 and other difficulties, and all Cuban athletes surely gave their all in the Japanese capital, this performance is a wake-up call for the island’s Paralympic movement.

In this sense, Raúl Fornés, vice president of the National Institute of Sports, Physical Education and Recreation (INDER) and head of the Cuban delegation at the Japanese event, told Jit that the island’s Paralympic movement must work very hard with a view to having a larger, better prepared and more competitive delegation in Paris 2024 and Los Angeles 2028.

“The athletes we have today are very good, they have tremendous determination, but they still face limitations. We must achieve a strategy that allows development in all our provinces with the potential and possibilities that we enjoy.

“We have been exchanging with the president of the International Paralympic Committee, Andrew Parsons, seeking support in terms of training. We have the need to train coaches, referees, classifiers. We don’t have that today and it undoubtedly limits us a lot,” said Fornés.

However, although not all athletes and sports were able to meet their pre-competition goals, there were very outstanding performances for Cuba in Tokyo 2020, which captured headlines and made Cuban fans vibrate with excitement, who followed their athletes’ performance day by day in the land of the rising sun. We then propose an approach to the protagonists of these feats in the following lines.

The Cuban standard bearer at the Games once again became the engine of the island’s delegation and further enhanced her legend on the tracks. The athlete from Santiago did not give the slightest margin to her rivals and, together with her already inseparable guide Yuniol Kindelán, took the gold in the 100, 200 and 400 meters of the T12 category (visual impairment). In this way, she became the most awarded Cuban athlete in Paralympic championships, with eight scepters, and she kept the island afloat in the table of medals.

The icing on the cake was her world record in the finals of the double hectometer, with a blazing time of 23.02 seconds, which puts her on the verge of exceeding the 23-second barrier and confirms her as the best Paralympic sprinter in history, undefeated, moreover, in the last decade. About to turn 30, with an impressive physical shape and a bulletproof tenacity, many achievements can still be expected from this extraordinary champion.

He was Cuba’s “high-strung” athlete in Tokyo 2020. No one counted on him, he was barely known, but this young man, only 18 years old, stole the show right from the first jump, when he nailed the spikes in the 7.46 meters and, with it, set a new Paralympic record in the long jump of the T47 category (affected in upper extremities). With that leap and his devoted disposition before each impulse race, he left behind opponents of much more experience and reputation, such as the hitherto record holder, American Roderick Townsend, who not even achieving a personal best could defeat him.

In the jump box, Robiel far surpassed himself — his best time until then was 6.77 and in the Japanese finals he surpassed 7.00 meters four times — and thus gave the first great joy to his delegation, who had seen as other figures were below expectations. And, as if that were not enough, he reached the 40th title of the island in the Paralympic Games, a feat already registered in the books that could well be the first of many in his career. The Havana athlete is, without a doubt, the best news for the future for the Cuban Paralympic movement.

The roles were inverted with respect to the Rio 2016 Games, when he dominated on the track (champion in 100 and 200 meters) and failed to get on the podium in length. This time, in the Japanese capital, he was below expectations in the hectometer of the T12 category (visual impairment), but he found the extra in the long jump, with a spectacular stretch in his last attempt that gave him the silver medal.

Savón was third at the start of the sixth round, behind Iranian Amir Khosravani and Azeri Said Najafzade, and at the time of picking up speed, he nailed the spikes at 7.16 meters, a mark that elevated him to the second seat under the five rings and gave Cuba its first medal in Tokyo. His decisive leap, furthermore, constituted a new Pan-American record.

He’s been practicing sports for 25 years and competing on the main international stages for 18 with outstanding results. Definitely, perseverance is the distinguishing feature of Leonardo, who managed to get on the Paralympic podium in Tokyo for the fourth consecutive time in the discus throw, after his titles in Beijing and London, and the bronze in Rio de Janeiro.

In the Japanese capital, the Bayamo athlete had his best mark of the season (43.36 meters) and won a bronze medal in the T56 category (discus throwers competing seated), behind Brazilian Claudiney Batista (45.59) and Indian Yogesh Kathuniya (44.38). At 46, Leonardo has set his sights on Paris 2024, where he could become the first Cuban with medals in five consecutive Paralympic Games.

In high competition, medalists and those who achieve great marks are constantly praised, always leaving in the background the performance of those who fail to climb the podium. If we were guided only by this maxim, a small part of the Cuban delegation in Tokyo would deserve praise, while others would be forgotten.

But there is brightness and light beyond the medals of Omara Durand, Robiel Sol, Leinier Savón and Leonardo Díaz. Another 12 para-athletes from the island gave spectacular performances on Japanese soil, where once again their sacrifice, their perseverance and their unmatched strength in raising the flag of their country prevailed.

We cannot forget them. The great performances of javelin throwers Guillermo Varona and Ulicer Aguilera, who culminated in fourth place after surpassing personal marks and setting continental records, should not be left in the background, nor is it possible to ignore the bulletproof will of cyclist Damián López, a true hero capable of overcoming the severest of vicissitudes.

Racket in hand, Yunier Fernández returns to Cuba as a medalist despite not getting on the podium. He fought at full speed against all-time rivals, never crumpled and finished in a fifth place that is worth his weight in gold. Along the same lines, the judokas Yordani Fernández and Gerardo Rodríguez, who ranked among the top eight of their respective divisions.

Generally speaking, of the 16 Cuban para-athletes in Tokyo, 12 managed to get the eight advanced seats, which is synonymous with being in the elite. Thus, as top-level athletes, discus thrower Noraivis de las Heras, swimmer Lorenzo Pérez or weightlifter Oníger Drake, as well as jumper Ángel Jiménez, markswoman Yenigladys Suárez or Leidy Rodríguez, who lifted all the weights in the bar but collided with technical deficiencies.

“She lifted everything she set her mind on, but her movements were not valid due to technical problems. There are details in this type of sport that by not mastering them, by always training with that technical error, make you fail even if you reach the weight. That happened to Leidy,” explained Raúl Fornés, vice-president of INDER, about the performance of the Bayamo weightlifter.

Cuba must take its hat off to all these para-athletes.