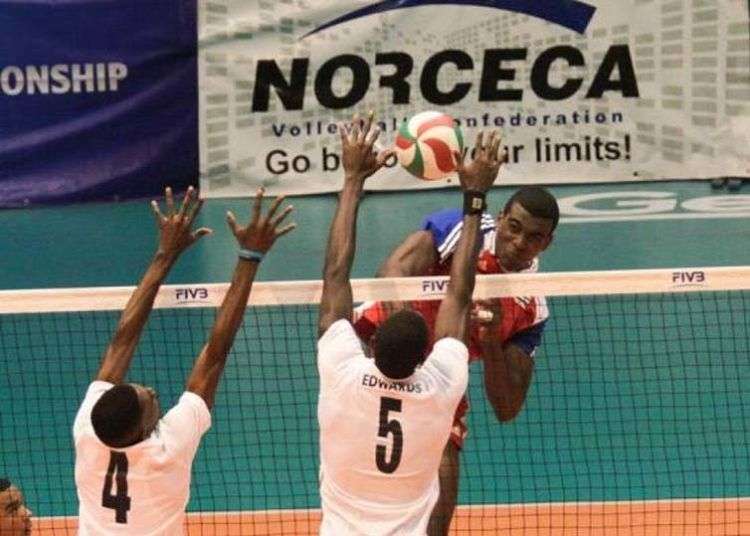 The fact that the Cuban team won undefeated the 2nd U23 Pan American Cup held last week in Havana was no surprise to anyone; especially since only six teams attended the event, none of them belonging to the continental volleyball elite .

But, although there were notable absentees in the Cuban capital, it is no less true that the local players, under the tutelage of Rodolfo Sanchez, had an outstanding performance and were far above the rest of their opponents. All matches were won with the score (3-0) and this is the best argument to confirm this statement.

The young Cuban players totaled insurmountable stats: 18 sets for and none against; six wins in a row that secured the gold medal and the direct pass to the world cup of the category to be held in 2015. This is appetizing loot even for a lackluster contest which also had a poor public attendance; and that joins to the tickets obtained by the U-19 and U-21 categories in recent months.

Long before of going out on the court all bets pointed to the hosts as safest choice, backed by a roster full of talent which included several volleyball players who in the last stage have been forced to assume responsibilities within the ranks of Cuban senior squad.

Both at the World League (where they won the Third Division) and the World Cup of discipline (they finished eleventh), the names of Osmany Uriarte, Felix Emilio Chapman, Inovel Romero and Abraham Alfonso were recurrent to speak about a promising generation- as the previous ones-, in which the Cuban volleyball deposits its hopes today, as so often did with its predecessors.

In summary, six of the players who earned the gold medal in this second edition of the Pan American Cup had been present only a month ago in the World Cup of Poland as leading players, and nine of them were part of the Cuban squad that won the league title in the third division.

With such credentials, let’s be honest, the visitors could do very few and they merely saw from the benches how the seasoned Cuban players dominated at will on the court of the Sports City Coliseum, without opposing any resistance.

Also without many complications Cuba included four players in the All-Star team of the contest. The MVP of the tournament was Osniel Rendón, a teenager of 2.02 meters high who will turn 18 on October 26th and who also achieved the best effectiveness in service throughout the competition. Meanwhile, his teammates Livan Osoria, Ricardo Calvo and Yonder Garcia rounded off the excellent performance of the hosts. It also highlighted the captain of the side Lazaro Fundora, second between the attackers, only surpassed by the Dominican Luis David Adames.

But, getting focused on the game is still an unresolved issue for the Cuban team, and still does not seem possible to foresee with absolute certainty the natural leader of this group, a man capable of imposing order and tranquility in times of tension.

In addition, the accumulation of errors committed by Cuban players remains as a sign of our squads, regardless of the level or the opponents, they are not able to eliminate these blunders that again and again affect the results.

Winning this tournament does not change anything, neither the decline in the World Cup, nor the third category of Cuba today in the World League. However, it makes clear that these guys are well above this level, and that already accustomed to play against more mature sides in more demanding competitions.

Again, the new trophy changes nothing and there is a long way to go, but this generation of hurried children and forced march players carries the seal of the chosen ones and manages to rise dreams when you see them.

Cubans, individually, took most of the awards of the event and repeated that performance in team’s stats by dominating in attacks, blocks, serves and sets, and were only surpassed by the Dominicans in defense and passing.

Rendon was Cuban top scorer with 56 points (43 attacks, 3 blocks and 10 aces), figures that led this young man to be crowned individual leader on the attack with an effective average of 58.9% in 73 spikes, and commanded the serve with 0.56 aces per set. Other two significant Cuban players in attack were Osoria and Fundora, they both totaled 48 units.

Meanwhile, Osoria finished on top of blockers (0.83 per set) by scoring 15 points through this means and achieved 22 rebounds in 52 attempts. Ricardo Calvo showed his quality by leading the setters of the tournament and completed 7.61 sets per set. Meanwhile, Yonder Garcia led the reception with acceptable 56.72% of excellent passes.

As team, Cuba had no rival and comfortably commanded the offensive game: 57.21% effective attacks, 3.22 blocks per set, 8 complete sets, and 1.56 aces per set. Without doubt it was a true scoring point machine.

In the particular case of the serve, Sanchez’s disciples scored 28 aces, while committing 66 fouls in 441 appearances to the serve line, figure only surpassed by the Dominican Republic and Mexico with 73 and 82 faults, respectively; something normal when understanding that we are in presence of the three teams with more offensive firepower in this area.

MatamoroSon: a feast for dancers

MatamoroSon: a feast for dancers

The Special Development Zone Mariel from within

Revelations from a reckless man