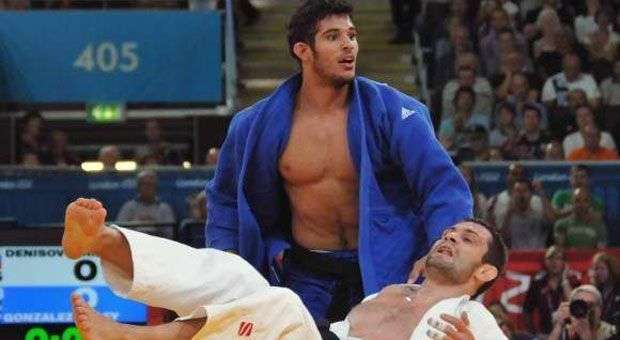 Despite the instability of recent international presentations, Cuban judo regained its old strength and finished in third place in the World Championships held in Rio de Janeiro, Brazil.

Cuba ended with a balance of two gold medals, hung around the neck of portentous Asley Gonzalez in the 90 kg and Idalis Ortiz in more than 78 kilos. Furthermore, in the team competition, the women’s squad won the bronze, leaving the island located in the third overall place in the table by nation, surpassed only by Japan and France.

The lavish Maracanazinho gym of Rio de Janeiro, did nothing but applaud the actions of the Cuban athletes, that despite not having representatives in several men’s divisions and some of best women were injured, achieved a “surprising” result for specialists.

Before competition the predictions indicated with suspicion that Cuba, without the usual cache, would be subjected to a test again check after its nth renewal.

The press, faithful lover of the result per se, did not even print a few lines on the Cuban judokas. They, without the pressure of previous events and the usual limitations, and as weapons their coaches Justo Noda and Ronaldo Veitía, managed to make a lot in Rio for Cuban sports.

First it was Asley Gonzalez, already the number one in his division in the world (90 kg). The exceptional fighter clung to leave in the past the blur of the London 2012 Olympic final in which he failed to reach the glory. This time Asley left no loose ends. Literally he took the law into his own hands, and with an awesome sequence of 5 wins he was crowned world champion.

Minutes after his feat and still boosted in the torpor of victory he told reporters: “I’m the happiest judoka in the world.” This is the second title for a Cuban man in judo world championships, after Manolo Poulot won in 1999.

If the press agreed on something, was on Idalis Ortiz. She is the Olympic Champion and main fighter in the women’s squad. The Artemisa judoka entered the fights, perhaps for luck like in the final in London, with her black hair braids interspersed with red, white and blue strips. In a flash she reached the summit of Rio, only ust a hard-fought competition with Japanese Meguchi Tachimoto in the semifinals made her sweat too much, the rest was a bargain for Odalis.

With the closing of the curtain in the Maracanazinho, the champion said: “I am very happy to have been able to give Cuba and my team the final place in the medals table and this title is dedicated to all Cubans, who have helped me and have always relied on my ability “.

In times of bolero