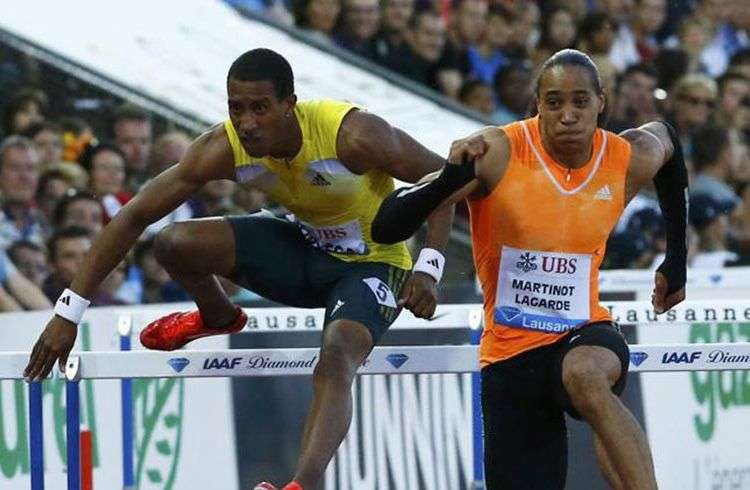 In a fantastic season the young Cuban hurdler Orlando Ortega won this Friday the silver medal in Monaco, the tenth stop of the athletics´ Diamond League.

Ortega stopped the clocks at 13.01 seconds, the best of his career, showing why he was considered the heir of the former world record holder Dayron Robles, and reaffirmed himself in the elite of the specialty.

He finished sixth in London 2012 and was surpassed only this time by the French Pascal Martinot-Lagarde, another rising athlete, who scored a superb 12.95. In the third place concluded the Russian Sergey Shuvenkov (13.14), while stars like the Americans David Oliver, Ryan Wilson and world record holder Aries Merritt were left out of the podium.

Ortega, who was also a disciple of seasoned coach Santiago Antunez, defected from the Cuban Indian delegation last year at the World Cup in Moscow. In the world event he was eliminated in the first round when he finished third last of his heat with a time of 13.69 seconds, his personal best was 13.08-, but was away from the tracks several months due to a penalty.

Supposedly, the reason was that he and his trainer Kelvis Antunez, son of Santiago Antunez, did not follow the competitive route, and rejected his attendance at the World Challenge in Moscow on June 11, 2013, an appointment in which his presence was scheduled.

The sprinter could be then in the Russian capital thanks to “the National Athletic Commission announced that hurdler Orlando Ortega was released from his punishment and is fit to resume international competitions. The measure is because he has shown good discipline after the offense, the rapid recognition of error and his devotion to training. ”

“They made a great injustice to me and my coach. It affected me a lot and I felt very bad because I did not compete for two months before the event. Besides, nobody can imagine how embarrassing it was for me when the other runners asked me what indiscipline I had committed, “said Ortega after leaving the delegation.

The governing body of athletics in the island reported his defection with the following statement: “The Cuban Athletics Federation reports that 110m hurdler Orlando Ortega left the delegation of the island that attended the recently concluded World Championships in Moscow, capital of Russia “.
“Now I expect a new life,” then said the Cuban hurdler.

Pole vaulter Yarisley Silva culminated in the seventh with a discrete 4.40 meter jump in competition dominated by Brazilian Fabiana Murer; while triple jumper Mabel Gay was sixth with 14.33.

“My father is my best song”