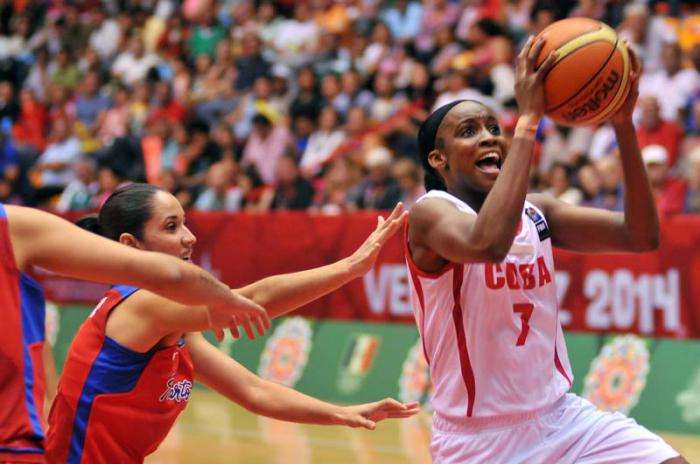 The fact that Cuba beat Puerto Rico 81-67 reaching thus the title in women’s basketball was not a surprise to anyone, because the Caribbean players have woven for four decades a string of consecutive wins that has led them to achieve in Veracruz 2014 their tenth Central American and Caribbean crown.

In all this time, since 1970, the Cuban women have not just won the throne in this find of contests twice, 2002 and 2010, when the country did not attend the events. But eight years after the last win in Cartagena de Indias, they have regained the crown.

It was actually one of the most certain scepters for the Cuban delegation, a safe bet backed by the quality of a team that has dominated in its geographical area and won the FIBA Americas 2015 competition ahead of powers such as Brazil and Canada. Before you ask, the United States did not attend its status as a world champion exempted it from such presentations.

But back to Veracruz , and to the Cuban medal, we just have to applaud the performance by those coached by Alberto Zabala, who unceremoniously asserted their status as favorites to defeat in the group stage Trinidad and Tobago (86-36), Jamaica (98-40) and the Dominican Republic (84-24), to then categorically beat Mexico in the semifinals and Puerto Ricans in the final.

That is why it is not strange that, collectively, Cuba dominated all offensive stats of the contest; they were second in rebounds, leaders on steals and no lost balls and were also the team that allowed fewer points to its opponents.

While , the individual highlight went for the stellar Yamara Amargo, undisputed leader of the team, who finished second among the leading scorers, behind only Mexican Jennifer Valenzuela. Meanwhile, Oyanaisy Gelis totaled 27 assists for also the second place in the tournament.

But the fact that the powerful Cuban offensive and domain loosed in Veracruz not to produce many leaders in various individual stats, only speaks of a distributed work, a high level of responsibility by these women, and this is essential in modern basketball, a bench to which appeal at any time of the match.

The Cubans arrived at the Mexican resort with the title of the Centrobasket event still fresh in memory and a creditable performance in the World Cup of the specialty, where they have showed their quality, but also their lack of flight hours. However, it is clear that these flight hours cannot be not be reached by eternally playing only at national level.

This raises a basic question, protected by the more flexible immigration policy of Cuba and the National Institute of Sports, Physical Education and Recreation (INDER by its Spanish acronym), aren’t teams around the world wishing to hire the services of these Cuban players?

With the excellent collective performance and quality shown by some of these Cuban players, it is almost certain that much of this team may intervene in professional leagues , joining the international dynamics of the sport and promoting its development by raising the competitive quality of the tournaments in which they would participate. Of course, not all of them would be hired, but most of these players have proved that Central America area is getting small to them and it’s time to wrangle in search of new horizons.

In the meantime, Cuban basketball women have reaffirmed their hegemony in these contests and have added their tenth crown, award that (when attending) they have not stopped winning since  in Panama 1970 they began writing a story which already marks 44 years.

“We, Basque entrepreneurs, want to participate in the development of Cuba”