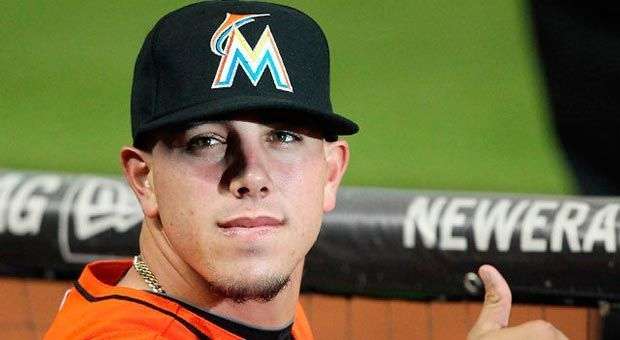 More good news for Cuban baseball and today we opened the day with the news that The Sporting News magazine has declared Jose Fernandez, pitcher with the Miami Marlins as winner of the Rookie of the Year Award in the National League.

This vote is not final, voting criterion only picked players of all MLB franchises. We still have to wait for Fernandez to take the prize home, but certainly this is a breakthrough for the final decision. The last word will be for the reporters, those correspondents accredited by the older members of the Association of Specialized Baseball Writers (BBWAA) .

In the vote, Fernandez edged out fellow Cuban Yasiel Puig, a sensation this season playing the right field for Los Angeles Dodgers. Jose Fernandez season was endorsed with 64 votes, while Puig was supported by 4 players.

The award will be presented in November, once the BBWAA make their respective picks.

The Dodgers added another warrior

After a tremendous season, the Los Angeles Dodgers were eliminated in the ticket to the World Series. But a team led by Cuban Yasiel Puig did not want to rest on their laurels and already has begun to strengthen their squad for next season.

His first signing was another Cuban, another incredible potential player, shortstop Alexander Guerrero, who has signed an agreement with the franchise for about $ 28 million. In this way, the infielder ended his over-extended free agency stage, triggered by months of paperwork.

Meanwhile, another Cuban to enter the big leagues is the pitcher from Guantanamo, Dalier Hinojosa. Former national team member until a couple of years he has come to the MLB to wear red stockings on his calves, as the Boston (brand new American League champion) has offered him a contract of 4.5 million dollars.

Unification of currencies in Cuba begins

Popular voices from Europe and Latin America will take over Havana