Unification of currencies in Cuba begins 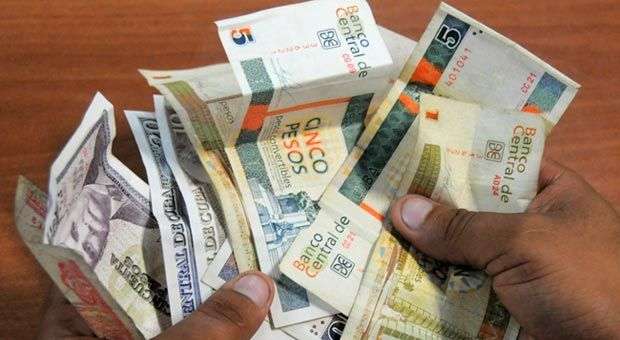 The Council of Ministers of Cuba put into effect on schedule to unify the two currencies and two rates. An official note published by Granma newspaper explains that the issue of the elimination of the dual currency was discussed at the monthly meeting of the government of the island, on Saturday, October 19, 2013.

The measures should lead to “restore the value of the Cuban peso and functions as money, i.e. as unit, means of payment and of value.”

The schedule dates or periods of unification have not been published. There is no announcement of a change in exchange rates either.

The first step is “the development of proposed legal rules, the design of the changes in the computer systems responsible for the accounting records and adjustments in accounting standards” This phase of the process will include “training also people who should undertake the execution of the various transformations. “

Changes will occur initially in the area of legal persons (business) , “in order to create the conditions for increased efficiency, better measurement of economic events and encouraging the sectors that produce goods and services for export and import substitution .”

It seems that bank account holders should not fear for their money. “the process of monetary unification that respects the principles of trust earned by people who have kept their savings in banks Cuban in CUC, CUP and other international currencies, remains intact ( … ) “

The official notice implies that the payment payments in Cuban pesos will be experienced in sites currently using the convertible Cuban peso. “People may make cash payments in CUP for the equivalent calculated at the CADECAs exchange rate of 25 CUP by 1 CUC.”

The official note explains that the unification process will be initiated both for legal entities (companies) and natural (citizens).

Besides having an economy with two currencies in Cuba, there are two rates for those same currencies: one official 1 Cuban peso (CUP) for a Cuban convertible peso (CUC), for businesses and for individuals in the Exchange houses (cadeca) where 25 Cuban pesos equal one convertible peso.

The official note announcing concludes that Cuban authorities will give more details in the future, according to the advances in the schedule of unification.

You can read the official by clicking here