The Cuban Grand Master lost in the last round against Timur Gareyev and was a step away from the U.S. crown. In the closing game Hikaru Nakamura was a cyclone, winning his fifth U.S. title 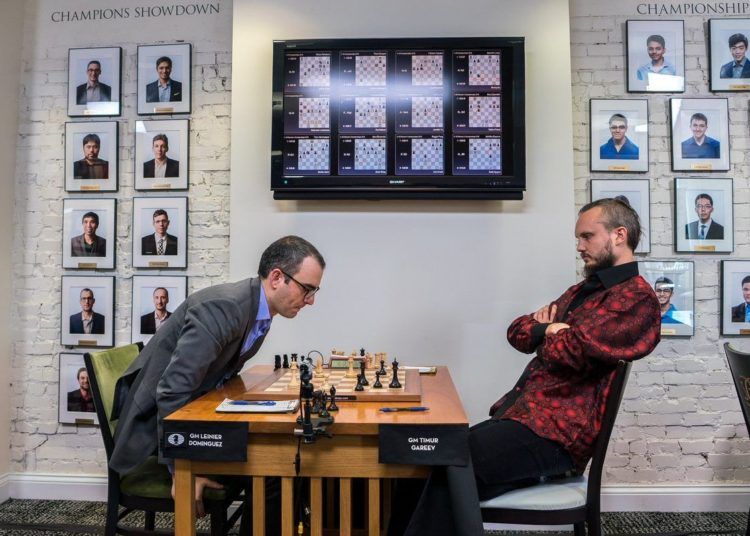 Leinier Domínguez tried everything against Timur Gareyev, but in the end he finished the match in a draw. Photo: US Chess

Finally, Cuban Grand Master Leinier Domínguez won the subtitle of the U.S. National Chess Championship, after some of his draws were combined with the victory of Hikaru Nakamura, champion for the fifth time in the U.S. tournament.

Apart from any analysis of his latest assault, it will be necessary to first praise the Cuban to the skies for his tremendous performance ̶ after two years without competing in classic games ̶ in the debut of a very strong contest.

With a fresh mind, greater analytical capacity and a multitude of tactical variants, Leinier showed signs of growth, of being a better player than the one who, in December 2016, faced a classic duel for the last time against Anish Giri.

He played in the U.S. Championship under a magnifying glass, with a great many people (fans, specialists, rivals) watching his movements, and left everyone speechless with his level, which allowed him to finish unbeaten and come out alive in three duels of maximum rigor ̶ with black pieces ̶ against Fabiano Caruana, Wesley So and Hikaru Nakamura, among the 16 best on the planet.

In the closing round, he was unable to take advantage of a moderate positional lead that he had in some parts of his duel against Timur Gareyev, and ended up shaking the hand of the player of Uzbek origin, who enjoyed a moment of fame after a mediocre contest.

Gareyev got to the close in the second-to-last position, with 3.5 units and only half a line in four games with black pieces. At times, it seemed that his curse would spread to Leinier, but he knew how to counteract the positional disadvantage and certain difficulties with the clock in the midst of 77 movements of a Sicilian Defense.

A change of queens in the end led to a draw, which Leinier battled to avoid, knowing that Nakamura was in the best position to beat Jeffrey Xiong.

The player of Japanese origin came out determined to be the winner, and with black pieces he pressed Xiong brilliantly in a Dutch Defense, which he finished off with an impeccable rook and king.

With Caruana out of the picture after an early draw against Samuel Shankland, Nakamura knew that the crown would be his, as Leinier’s position became too entangled and his triumph depended excessively on a mistake by Gareyev.

After almost six hours into the game, the Cuban quit, with Nakamura watching through a screen in an adjoining room, next to Shankland, who congratulated the Japanese as his successor to the U.S. throne.

In the last four years, no player has repeated the victory in the U.S. Championship, which gives an idea of the tremendous level of several opponents in this championship. For Leinier, it has been a feat to return to the ring and achieve such a relevant performance.

The improvement is already noticeable in the live ELO list, in which he appears with 2,749.8 units, ranked 19th in the world. Now he will surely begin his journey through several international tournaments, which can catapult him to the planet’s Top 10 if he maintains the rhythm.

Final standing (and prizes) of the U.S. National Championship. 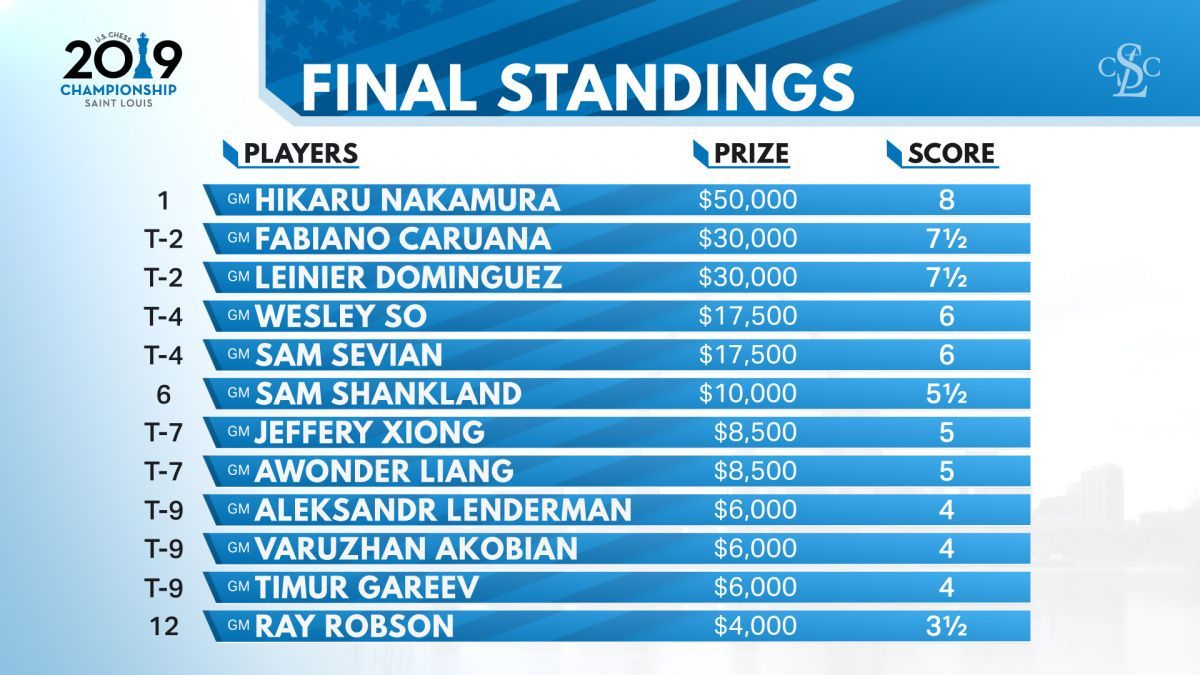 Pablo Milanés: “I can’t be away from Cuba for a long time because nostalgia invades me”