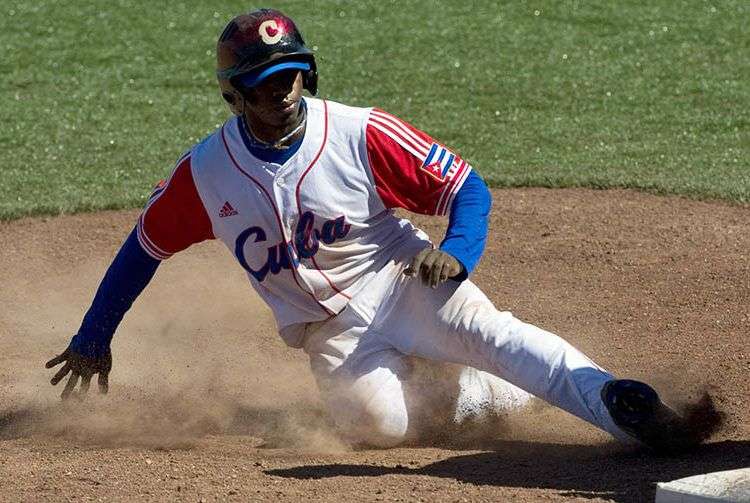 The Boston Red Sox just signed Rusney Castillo for 72.5 million dollars. The Cuban will play the next seven seasons in Fenway Park and his contract becomes the highest amount paid by a franchise to a Cuban in Major League Baseball, leaving behind the 68 million the Chicago White Sox paid for José Dariel Abreu earlier this season.

Thus, in the Red Sox Castillo joins his compatriot Yoenis Cespedes who recently arrived on the team. According to the reports of the scouts who followed the player in the showcase, in recent weeks, the value of Rusney inevitably involves his versatility, both at bat and the defense.

Castillo, 27-year-old and 5.9 foot tall is considered a five-tool baseball player, in addition to perform in any of the three outfield positions and in the infield.

According to ESPNBoston.com, Castillo will make about 12 million dollars per year and is represented by the firm Roc Nation Sports, owned by rapper Jay Z. The report also states that the managers of the Red Sox expect ” the player´s rapid adaptation to the franchise and this level of baseball, and he won’t have to stay and spend time in the minor leagues. ”

In Cuba he participated in five seasons since 2008, and exploded as a player in the 50th National series where he averaged 324 offensively and hit 22 doubles and 18 homers. Internationally he wore the jersey of the national team on several occasions, but his best tournament was the XXXIX Baseball World Cup Panama in 2011, where he led hitters with 560 average, which earned him a spot on the All Star.