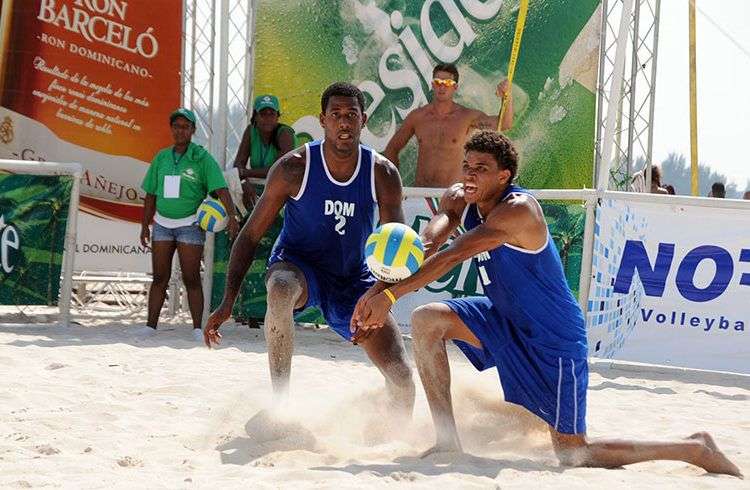 The sands of Varadero’s International Seaside Resort, in Matanzas province, will be on fire this weekend during the seventh stop for the Beach Volleyball Tournament by the North, Centro-American and the Caribbean Confederation (NORCECA by its acronym in Spanish).

The event will take place from August 22 through 24, at the Puntarenas Hotel, where the important tourist resort will become the venue of the tournament for the fourth time in a row. It will be attended by several of the best couples from our geographical region.

it will welcome couples from more than 12 nations, especially from the United States, the favorite both in the categories of women and men, with Todd Rogers and Theo Brunner, Kimberly McGiven and Tealle Hunkus, and William Allen and Trevor Crabb as for men; and Sarah Day and Briana Hinga as for women.

Other countries such as the Dominican Republic, Costa Rica, Aruba, Canada, Puerto Rico and Mexico, will bring experienced players in this kind of events. This year’s season started last April, in Cayman Islands.
As usual, Cuba will have more participation in its condition of organizer. It will be represented by the duet Sergio González-Nivaldo Díaz, winners of three out of the six previous segments and tough contestants for the gold medal.

There is also Karell Peña-Yendry Castillo, the first one had an outstanding performance in previous editions in the company of Sergio González and represented Cuba in several international events.

The Cuban representation also comprises Liosbel Méndez-Daisel Quesada. As for women there is Lianma Flores and Leila Martínez, who achieved a bronze medal and the fourth position in Guatemala.

This competition is of high relevance taking into account it offers scores for NORCECA’s classification in view of Toronto’s 2015 Pan-American Games and Centro-American Games in Veracruz, Mexico, from November 14 through 30, 2014.
The top promoter of the event is Mireya Luis, three-time Olympic champion and President of the Organizing Committee.

Puntarenas Hotel is located at the entrance of the Hicacos Peninsula, a few meters from Cuba’s most famous beach. It has 255 rooms in a nine-floor building. It is a four stars facility and an excellent square for beach volleyball.