“We are all leaders” 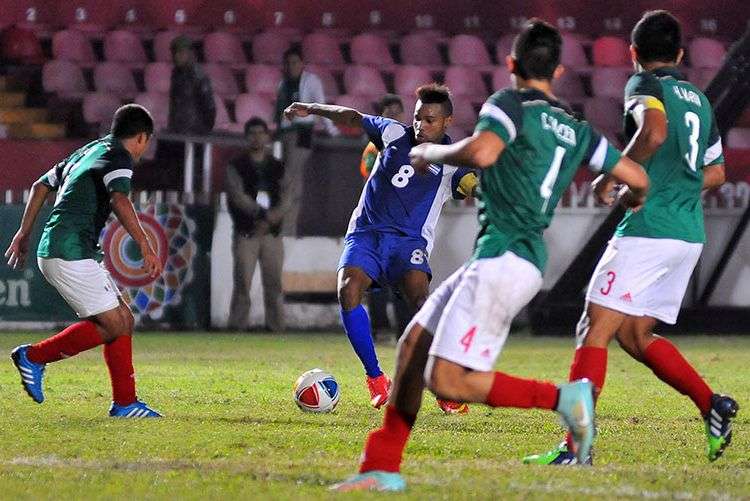 Within hours the networks are flooded with congratulations and thanks to Cuban players for their brilliant performance in the Central American and Caribbean Games in Veracruz, Mexico, where they reached a memorable bronze metal.

The vote was unanimous: the heartfelt medal of the regional multisport event came with goals and long runs a generation that invites optimism after so many years mired in soccer mediocrity with constant leaks and the disappointment of watching multiple talents, but without the bellows needed to win as members of the national team.

Own members staged the sharing in social networks, space they filled shouting “We are all leaders!”, launched by the midfielder Yordan Santa Cruz, the Cuban sensation in Veracruz, where many experts were stunned by its technical potential and superb physical deployment.

Exclusive to OnCuba, Santa Cruz, from Cienfuegos, 21, said: “We had an unforgettable experience, and personally I feel very proud. The team showed that its main strength is unity, both inside and outside the court, we are a family, and right there is the idea that we are all leaders. ”

Likewise, he confessed his main aspiration is “to raise the level and defend my flag, based on commitment and hard work, and in my case with the motivation to be better each day in the eyes of my son, I love him with my life.”

Dairon Perez, another midfielder with a more discreet role, also was elated, and after winning the medal shared with friends in the networks.

“It was an unforgettable night, where we were crowned with a bronze-gold. Thanks to all my colleagues for much effort, sacrifice and courage. It is a privilege to be part of a team so full of truly men, of a technical group impossible to value for their unconditional and support to our team, both good and bad. Thanks to all the people of Cuba that were always there close to each of us, thank God and all that did this great award possible. ”

Dairon agreed to talk with our magazine on the team, the tournament and the prospects for future challenges, which they expect to be tough.

“The team is based primarily on the bond that exists, cohesion between each one of us and the coaching staff. As for football, we are defined by the speed and physical delivery game by game. ”

What about the experience of Veracruz?

“I tell you the truth, we went to give a great show, and we prepared for that. With Mexico we had in mind a game with pressure, rhythm, exhaustion, but we did not expect this great game, I really think it took us by surprise, but it was historical and also very cute indeed. I think we should play more games like that are the ones that help you develop in football. ”

“It is no secret that after this result we have set our sights to qualify for the Olympics, and of course fight alongside the seniors for a position in the 2018World Cup. To achieve these objectives more international experience is needed, we are waiting potential contracts, appropriate development path, which would allow us to incorporate sufficient tools to classify Cuba to a World Cup. That does not depend on us, our role is to play and give the maximum in every game for our team. ”

After qualifying for the Under-20 World Cup in Turkey last year, the performance in that event and this results in Veracruz, more than a few are speaking of a golden generation, and in the group they are aware of their quality.

This was evidenced exclusively by Daniel Luis Sáez, portentous midfielder who saw his minutes reduced in Aztec courts by an unfortunate injury.

“We will continue to improve and grow with view to the future, we hope to have friendly matches, that FIFA dates are recovered, I think we can now capitalize on the interest that many countries will show now after our performances. We are a generation of hope, with which they should work and care, because we have a lot of talent and more than that, ambition, “he snapped.

Words that make us optimistic no doubt, and also denote confidence and will to overcome, just what the Cuban fans were looking for to dream, like them, with open eyes.