Gilberto
in Technologies of Communication and Media
0 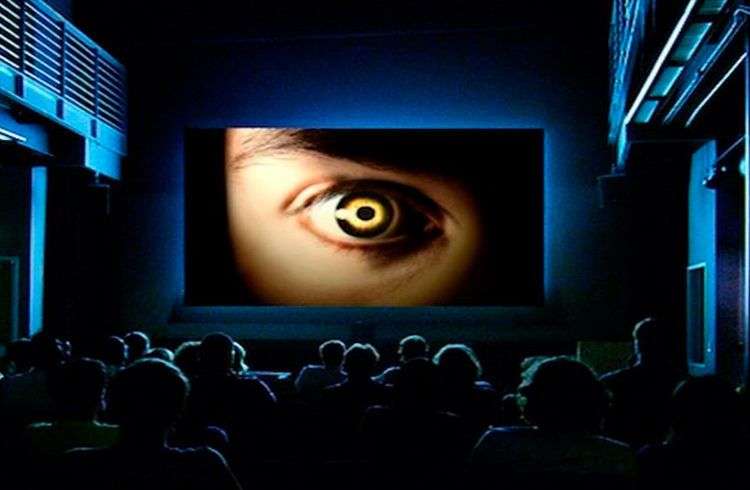 It has been said many times that the script is not literature, that when Scott Fitzgerald wanted to make literature he wrote The Great Gatsby, not the script of Three comrades. In fact, there is a story of Fitzgerald, perhaps apocryphal, but it comes in handy to think on this issue. Of all the scripts the celebrated author wrote – Ricardo Piglia gossips, only Three comrades was shot, after the producer Joseph Mankiewicz, probably the greatest writer of bad movies that ever passed through the Metro Goldwyn Mayer, retouched the dialogues and changed whatever he pleased. “I taught a whole generation how to write dialogues,” says Fitzgerald in a pathetic letter, “and you, in one night, changed my dialogues in a movie in which I worked for months”.

The film, in this sense, poses a clear formal complaint: you must submit what is told to violent get-rid-of-all-literature. That is not to say that, as a bastard genre, the film script does not belong into a literary tradition. Indeed, perhaps the most famous and happy praise to made in USA script writers as Paul Schrader, Harmony Korine and Todd Solondz, depend on how they work stories bearing in mind the literary tradition.

Let’s think of Taxi driver -a film made from scraps, of footnotes from Notes from Underground, by Fyodor Dostoevsky, as dysfunctional story of a character who walks through the city like a ghost, continually being the target of imaginary offenses, and suddenly starts killing . (Both protagonists, Dostoevsky´s and Schrader´s, are neurotic gourmets. But between the original and the copy, I prefer the original…). Or the households Korine (Ken Park) portrays: these kingdoms of damage which flies the flag of All families are psychotic -the very acidic Douglas Coupland novel. Or at the very Todd Solondz in those movies (Happiness, Storytelling, etc.) in which the main characters have in mind a real jungle of wild animals, screaming and defecating and fornicating as effect of the tandem Denis Johnson & Raymond Carver (which sounds like a ruthless taxi drivers union).

The scriptwriter, as we see, has the possibility to enter the ghost of literature in a deviant manner, meaning, for example, that Alfred Hitchcock refers to Franz Kafka: The Wrong Man is his version of The Process, and the Metamorphosis is the origin of the Birds, where Hitchcock turns the most harmless birds into the greatest form of threat, while obsessively we wonder: why the hell are the birds attacking? Or in the sense that today we give the “test movie” of Harun Farocki, a guy who managed to read Michel Foucault and then makes documentaries with prison´s surveillance cameras. We can also think of Hemingway and the way his dialogues have modeled all lines in cinema, from The Last Flight, in 1931, to Quentin Tarantino in Pulp Fiction, whose conversations are not possible in the absence of Hemingway´s arrhythmia.

However, in Latin America we have not been able to use this background, and the melancholy writer attempts to incorporate in a utilitarian way literary tradition to cinema, and that´s honestly scary. There are various forms of kitsch by Eliseo Subiela, whose ancestors are Mario Benedetti and Oliver Girondo. There are the excesses of Tomas Piard (The motionless traveler), the anxiety of influence is in the work of Lezama. Both -Subiela and Piard- have the ability to confuse our emotional dimension and make it mushy. There’s the pamphlets of Fernando Birri. And at the end of the row, hard and tragic, the Cuban’s Children with adaptations that burn faster and earlier: Old House (Lester Hamlet), El Premio Flaco (Juan Carlos Cremata), and a generous so on. Yawning is the true homeland of these films. The Cuban cinema made as something done within a CDR. And the “cubaneo” and contingency as mutant forms of pornography and the national identity. Shit like way of life. If you pass any of these films to a Dane, who we will call Thomas Vinterberg, you would have to make him a cochlear implant. In Vinterberg films Denmark is alive, but to this no one dances around Danish Schottische firs and their locations are Viking ships.

Anyway, let´s run a veil. Obviously, at this point, the literary tradition does not help us at all; on the contrary, it becomes a drag. But in Latin America there are scriptwriters who give prestige to the literary tradition, its long and generous extension. Such is the rule imposed on Guillermo Arriaga by its predecessor: William Faulkner. Arriaga will comply with it, he will just write the screenplay for Amores Perros, 21 Grams, Babel, etc. I know of other major writers: Rodrigo García, whose minimal stories (Things You Can Tell Just by Looking at Her, Mother and child) are a kind of staging of Microfictions cinema; Pablo Trapero, Matías Bize, Pablo Larraín, Albertina Carri, Gaspar Noé, etc.

As you can see, there are many arguments for claiming the entrance of literary history into the palette of a scriptwriter, but the most important is, if you will, that the film begins to quarrel with the novel by the place of the narrative. Today people see movies of Woody Allen as previously they read Dickens (I myself, a year ago, I had to choose between “all Proust” (again) ‘ they had proposed to teach a workshop on narrative- and Breaking Bad. Well, today all I can say is that Marcel Proust is remarkable search of lost time undertook by Walter White) This knowledge Scott Fitzgerald had it in a paranoid way and in advance: he thought the film would be replaced by the novel and therefore he who had been a great novelist, had to go to narrate Hollywood. “Poor bastard,” said Dorothy Parker in front of his coffin. Perhaps, because the fate of the scriptwriter is more like of the writer of serials than of a contemporary novelist. And in that sense, Rodrigo García is more like Corin Tellado than his father, Gabriel García Márquez.

Paradoxical destiny is that of the writer. He is though as having the immoral virtue to have us believe that often a good story is one that manages to conceal that it is the same story. But in the end, who narrates a film, the scriptwriter or the director? ¿ Trainspotting is by Danny Boyle or Irvine Welsh? ¿American Beauty is Sam Mendes or Allan Ball? ¿Smoke is Paul Auster?

Otherwise, I think the best of early twentieth-century literature already changed format: it is in True Detective, in Fargo, in The Wire. Contemporary literature is there, in what might be called HBO narrative, FX narrative.

“We are all leaders”