Dayron Robles to run for AS Monaco 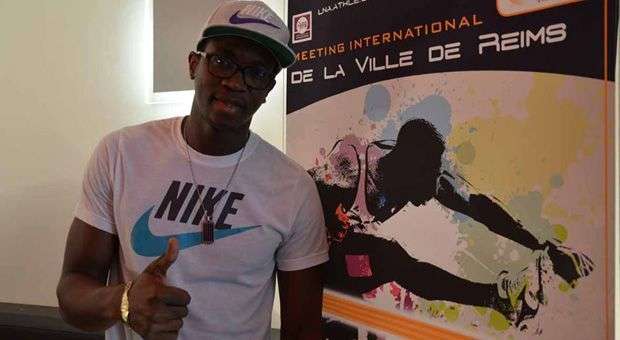 No, Dayron Robles is not a soccer player, but until further notice he will compete defending the colors of the French club AS Monaco, worldwide recognized for its soccer power, although in recent years its dominance has diminished, a story that should change in a few months.

But first let’s talk about Dayron, who has confessed his interest on definitely going to the Stade Louis II to witness a soccer game of his new club and taking pictures with stars of the caliber of RadamelFalcao; his main goal is to show the world that he still retains the qualities that allow him to become Olympic champion and world record holder in the 110-meter hurdles.

For a moment, I thought it would cost him a lot to race again due to Alberto Juantorena´s statements on behalf of the Cuban Athletics Federation, in which Dayron was accused of indiscipline andunethical conduct after his involvement in the Primo
Nebiolo Memorial in Turin, where he run representing himself.

In the event he competed without sponsors and without representing any association or institution, which led to a string of criticism from his native Cuba, supported then by IAAF and its regulation, which specifies that no athlete may participate in international competition unless being affiliated to a club or a country federation.

But the novel came to its end , faster than I expected, and Robles, to the delight of many, will jump again to the tracks at the Ville de Reims Athletics Meeting, northern France.

” Thank God I belong to AS Monaco and I am very happy. Now I am under the jurisdiction of the French federation and all I want is to compete, “the Cuban hurdler said, whose only immediate outlook isat least getting closer to the records that placed him among the elite .

Precisely competing out of shape and leaving a bad image, as happened a couple of weeks ago in Turin, would be the only unforgivable thing for Robles, who hoards class and a brilliant record which is not worth to stain just to “prove something” to someone.

He must compete with any club, in any meeting, but he must do it plenty of shape, without being surpassed by low level opponents, because this could tarnish his mediatic image.

In Cuba some regret the simply fact of him to compete, some because they refuse to see him without the national jersey and others because they would suffer when watching Robles winning medals for other country. A year ago, Santiago Antunez, who was Robles´ coach during his golden period, had recognized that “it was a big mistake to miss an athlete of that level.”

Another group will plenty enjoy each Dayron´s presentation, but I repeat, they will not tolerate repeated failures against weak opponents or performances far from the ones of the leading exponents of the discipline.

When just dealing with the possibility of seeing Dayron to compete under another flag in a World Championship or Olympic Games would motivate other analysis because although the former world record holder said in an interview to AFP he was eager to return to those competitions, he must still wait for two years for defending the colors, for example, of France, a nation he praised and thanked.

” Anything is possible. What I want is to compete in World Championships and Olympics. Currently, France is helping me very much and I hope this to continue and that always creates an affinity “,but he insisted he will not change his Cuban nationality.

“I do not change my Cuban nationality; in fact I do not lose it, perhaps at some point in my life I have to adopt another nationality to compete. In this world top level competition, I must represent anotherfederation. And if Cuba does not like it, well … “he said.

However, he stressed that he did not nor won’t abandon the people of Cuba. “I will never leave the country where I was born and which made as an athlete. That’s a fact. ”

One last thing: where has Dayron gone exactly?

Simply to the Association Sportive de Monaco Football Club, an institution that has made ​​ its greatest laurels in soccer, but they also have an athletic department.

The economic terms of the agreement are yet known by public, but it is valid to note that during the last month the AS Monaco has spent an awful lot of million Euros in signing star players for its soccer team, supported by the pockets of Russian tycoon Dmitry Rybolovlev, who studied medicine , but made ​​ his wealth through chemicals and
potassium fertilizers and thanks to privatization of many companies in his country.

On March 2013 his fortune was estimated in 9.1 billion euros, according to Forbes, and he is currently the largest shareholder of the Bank of Cyprus.

Roberlandy Simon is in Cuba

Sixth Sense: “The idea is to sacrifice as little as possible”

Sixth Sense: "The idea is to sacrifice as little as possible"