When my son wakes up, I’m in front of a screen and when he goes to bed he has often seen me holding another.

Leandro Estupiñán
in Digital Channel, Technologies of Communication and Media
0 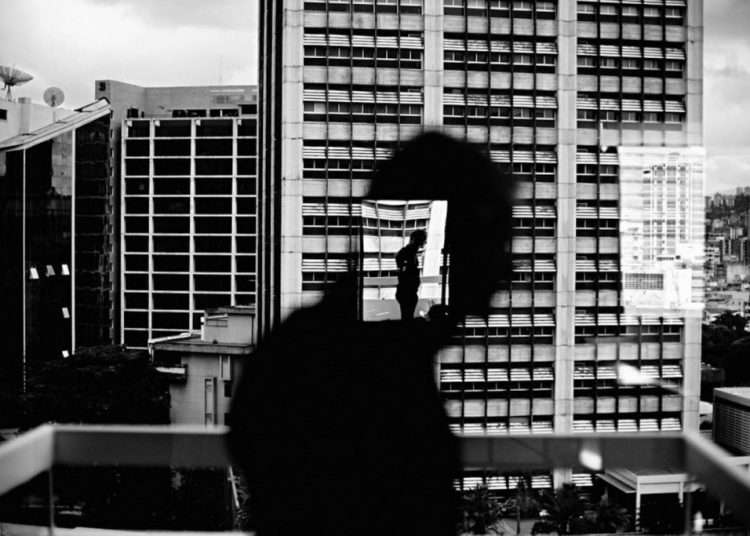 Photo by Christopher Anderson, via: good2b.es

Modern life has brought us an almost unhealthy dependence on screens. Just as it facilitates communication, offers better and more efficient ways to access knowledge and allows certain conditions for work, it also makes us stay most of the time in front of one of them, whatever its form or technology.

Thirty years ago, when the idea of ​​Internet began to take flight, it was hardly an aspiration and a dream for people to have devices in which they could carry out various actions, such as watching television or carrying out any transaction. Today that device is real and to a large extent we depend on its use.

When my son wakes up, I’m in front of a screen and when he goes to bed he often sees me holding another. I have become aware and try to break with that routine at one point in the day, postponing work many times for the time he is sleeping. I grab a book, play with his toys, we dance, we go out for a bike ride….

But the screens remain on the table, or like a pet they curl up on top of the bookshelf, they lazily remain between the books until they emit some kind of sound, and we fall again.

One day, in a game that we invented, my son had to describe me and said: “the one who always works.” Sometimes, he, being six years old, says phrases that we have used to entreaty him: “the computer has hypnotized him.” And from his point of view, that may be the reason why I find myself sitting in front of my laptop most of the time.

Although one is reading, or watching a documentary, or following a professor of this or that; although one only tries to organize ideas in what used to be called “manuscript,” the screen, for him and for those his age, represents a common element in the life of an adult. By imitating us, they also want to have it in their hands, in front of their eyes.

At six the temptation is strong. Along with technology, children are bombarded by youtubers who demonstrate how to play. It would seem they are protagonists in a network that includes the toy industry, publishing and, of course, advertising. There are children, probably the majority, who at least once try to behave like youtubers, and thanks to the screens they even make their own material.

That is why, although they do not always represent danger or the possibility of ending in an addiction, like any parent, and like any minimally concerned family, we spend our time looking for ways for our children to have a reasonable relationship with screens; elements, by the way, that also allow them to reason a little better, think faster, exercise reading and calculation, imagination, immerse themselves in other worlds and illustrate their knowledge.

I’m happy if I manage to get him to barely use the tablet, the phone or whatever on weekends. This is why at night we invest in reading paper books. I like for him to hear the rustling sound when turning the pages, that he feels the book on his chest or head if it slips, that he observes those illustrations of diverse aesthetics.

I also enjoy reading poetry written for adults to him, and I am surprised to realize that he has grasped what a verse says that he was not supposed to understand. It is then that I return to poets and verses that I also heard in my childhood, as happens with Martí.

The moment is quite moving most of the time, because something from my own childhood comes back. Together with the world of school and the image of books, people, friends, family and their habits arrive, that time with its virtues and defects.

I am not a romantic or sensitive, but not quite the opposite. Or so I would like to believe; it is the idea of myself that I have always wanted to have.

And that is what I wanted to tell you, that fleeing from the screens, with my son to one side, my wife on the other, lying in bed reading a poem by Martí, many nights I face simple verses like these:

If the frown frowns, I fear;

If it complains to me,-

Its blood, then, animates

With its joy my blood

Swells, or dries up!

And I swear I’m about to cry, and I have to stop reading, take a breath, make a joke and stop the bout of melancholy that floods my soul, and I don’t know why. Only afterwards do we follow the ritual with which one seeks to maintain, as perfect as technology, our humanity.