Danays Gálvez Salas
in Technologies of Communication and Media
0 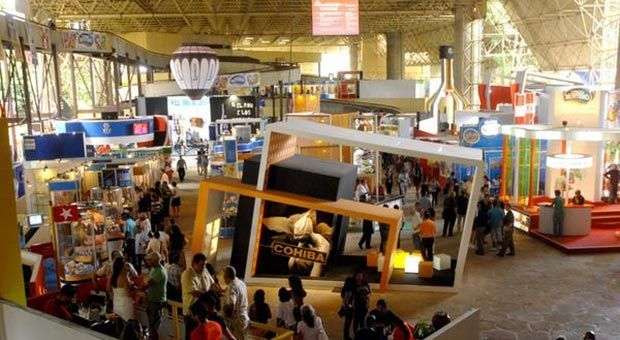 About to close their doors, the XXXI International Trade Fair of Havana (FIHAV) invites foreign and Cuban businessmen to another space conducive to the promotion of export items and strengthening technological partnerships.

With the call for the First International Convention and Exhibition of Industry Cuban, CubaIndustria 2014, will unify, professionally, the works in steel, mechanical, recycling, light industry, chemistry and electronics branches, while partnering with other sectors of the national economy.

As an excellent opportunity for the transfer of technologies and good practices, with the intention of promoting productive interaction of strategic sectors of the national economy was assessed this event which was announced on the fifth day of the Cuban trade fair.

Among the expectations raised by the forum, sponsored by the Ministry of Industries of Cuba, stand out the contributions generated in renewable sources of energy, cost reduction and import substitution, in order to achieve the longed economic effectiveness.

CubaIndustria will cover 12 conference and four rounds of fashion-related business, professional and technical services, the international exhibition of furniture and productive chains.

Among the novelties of the event is the call to the cooperative members to participate according to the Convention’s thematic. This new productive form, in the Cuba of the inevitable and necessary transformations, is taking the first steps to demonstrate what they can boost its economy.

In the same context, but this time from the German pavilion, 30 companies ratified the favorable framework of economic flexibility that exists in the Caribbean nation, which has encouraged a growth in that country’s participation in FIHAV.

Even if the trade does not reach expected levels , the new hope of launch of the Cuban economy , the Special Development Zone Mariel , is advertised as an aspiration for the growth in shipments and purchases of both nations , the deputy minister of Trade Foreign Investment Foreign , Iliana Nunez, said.

At a time when Cuba and the European Union also hold talks with a view to improving trade ties , Peter Schols , German ambassador to the island said that the exchange of goods and services is set to grow even more in the coming years .

The energy , the food industry , water resources and health key sectors lead bilateral trade , to which, according to Schols medium enterprises, which are of fundamental importance in the German economy, are trying to get inesterted, as well as the large corporations such as automotive Mercedes Benz or Bayer Pharmaceuticals , with a long-running work experience with the Island

From the health sector, an area where Cuba has shown its potential , interesting presentations of services and Cuban products such as biotech , grabbed the attention of businessmen visiting during this Fair.

By presenting Vaxira therapeutic vaccine, developed by the Center of Molecular Immunology (CIM) for advanced lung cancer, on non-small cell, the guests were also given encouraging results in issues of survival and improved quality of life in patients with the disease.

Equal emphasis Biocubafarma business group showed with a wide range of programs for the treatment of cancer, diabetes and diagnosis of various diseases.

In the penultimate round of FIHAV, craftsmanship and creativity positions depending on the products will be recognized with the FIHAV Design Award 2013, to be handed this year to aspiring foreign and national entrepreneurs in the Havana’s Conventions Center.

The functionality, technological support, and respect environmental requirements will be other aspects evaluated by the National Bureau of Design (Ondi) and the organizing committee of the event.

The awards granted as part of the celebration that encourages FIHAV are nothing else but the necessary stimulus for adherence to the standards of industrial design and visual communication in the productive and service sectors of the country, in order to increase competitiveness in the world markets.

Among the largest in Latin America and the Caribbean, the event has contributed to the diversification of Cuban foreign trade in an atmosphere of respect and safety, and welcomes this time 1,400 entrepreneurs from 65 nations.

Maridalia Charms Havana with her voice