Rogelio Serrano Perez
in Technologies of Communication and Media
0 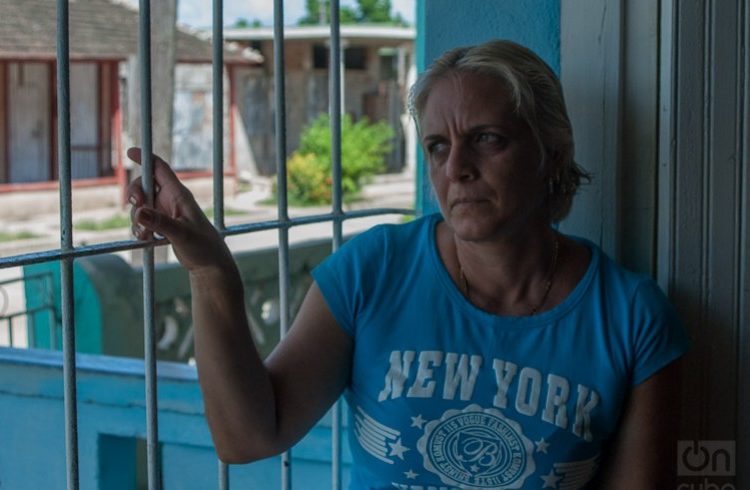 Two moments marked Ania Perez Lorente’s life: the day she was arrested, and the day her life was given back to her when the Cuban government freed 3522 prisoners ahead of Pope Francis’ visit to Cuba in September.

“When I heard the news, I felt like I was being resurrected,” she said, trying to hold back her tears.

A construction technician, she worked as a manager at the Vertientes Municipal Commerce Company, in the eastern province of Camaguey, from 1990 to 2012, when she was charged with and found guilty of a count of embezzlement, and sentenced to 12 years in prison for fraud.

“My sentence could have been reduced to 4 years and 8 months for good behavior, but thanks to the pardon I was out after 3 years, 5 months and 11 days,” she said, pointing out that for people serving time it is inevitable to keep count.

“I also keep thinking how good it would have been if they had freed more people. Cuba has a large penitentiary population, and although some 3500 people is a blessing, more could have been freed. Many good women were left behind in prison,” she added.

This is the second pardon granted on the island in less than three years. The measure benefits inmates who were not convicted for serious crimes, such as murder, manslaughter, rape, child abuse, corruption of minors, illegal sacrifice and theft of cattle, drug trafficking, assault, or crimes against State security. This time, exceptions were made in some cases for to humanitarian reasons, the government informed.

“I heard many a time that prison was like a school, but to me its teaching methods were too demanding and shocking,” said Ania. During her imprisonment she took cooking, manicure and hairdressing classes, in one year courses.

“My first goal was to keep myself busy all the time, as a way to keep my mind away from depressing thoughts. I would do that all the time, even while working in the fields. It had a relaxing effect on me. Of course there were moments when I had to cry to let it all out.

“The most important lesson I learned was never to get involved in anything illegal again, which is very hard to do nowadays, since people need to look for extra sources of income to complement low wages. I also learned to respect people who are different, and to have friends without wanting to get too involved in their personal affairs. Ours would be a better society if we behave more like that.

“I met women who were serving time for more serious crimes. I never thought it would be possible, but people do change. It was encouraging to me, seeing how people can change, even in the most extreme circumstances. I also overcame prejudices I had against homosexual women, who are -contrarily to what I thought- decent people. As long as you respect them, they leave you alone. They would call us, heterosexual women, ‘The Prudes´. Sharing that time with all kinds of people helped me to grow as a person, even when life conditions were hard.”

“The lieutenant colonel at El Anoncillo Penitentiary –where I had been transferred from Granja 5- was very happy to break the news to us. She cried with us, and accompanied us all the way through this miracle. It is wonderful to have my social life back, without a record, without having to do parole time, which for me would have been 6 years.

“I’m still a little dazed because you get used to the quietness of prison, and because I have been living through days of excitement. The neighbors and the women from the Women’s Federation were there to welcome me when I got home. They helped me with my application for an identification document. Yesterday, one of the five women pardoned in my municipality went to the Labor Municipal Head Office, and the staff there was nice to her and offered her good employment options.

“This is really extraordinary. I had been baptized, but I never went to church. My mother did. She made a promised to go to church to thank the Virgin if I got out before my time, and I am joining her to La Merced Church to do that. This is an opportunity God and the Pope have given me. Now I have a commitment to be a better person.

“My plans? As soon as I get my ID back, I want to start working. I don’t have a concrete option yet. I’ll try to choose a good place with good people, because ex-cons are always put to the test. I could go back to being a saleswoman, but self-employed.

“I am a new woman now. I am happy to be back together with my mother, my son, my niece who just had a baby, my family and my many friends, all of whom suffered so much for me. I’m grateful to the people who never abandoned my parents in spite of my situation. I am back and I am going to preserve this new life.”

Similar pardons had been granted in Cuba previous to other two papal visits: 299 in 1998, when Pope John Paul II visited the island, and 2,900 in 2012, ahead of that of Pope Benedict XVI’s.