byElizabeth PérezandYudivián Almeida
in Technologies of Communication and Media
0 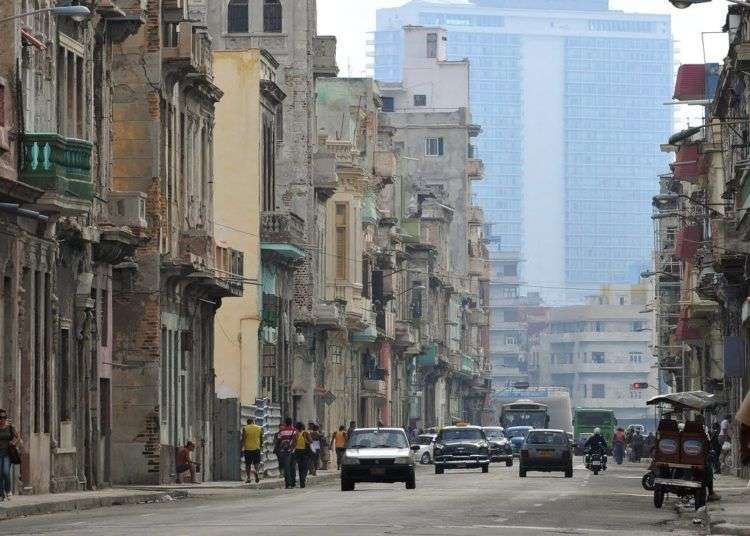 In Cuba, for more than half century, Cubans used to make cessions and swap houses in order to transfer their properties “legally” in a market outside the law.

However, this situation took a turning point in November 2011 when the Council of State changed the General Housing Law through Decree-Law 288 and other complementary ministerial resolutions; thus allowing the buying and selling of houses among Cuban natural citizens and foreigners with permanent residence in the country.

Since the coming into force of the new dispositions, the emerging real estate market in Cuba has considerablygrown. According to Aniuska Puente Fontanella, a specialist from the Registration Office of the Ministry of Justice, by the end of 2013 there had been about 80 000 transactions resulting form the buying and selling of houses, a figure twice bigger than the previous year.

Regardless of the fact that the volume of operations of this kind is constantly increasing, Cuba still doesn’t rely on a consistent public instrument to monitor these operations and to serve as a point of reference for the population; for instance, when setting prices or searching for a building that meet its needs or economic possibilities.

How much is a house? How do prices vary according to the location, characteristics and conditions of houses? Where can the population announce their sales? How long does it take to sell or buy a house? These are some of the questions of those that decided to buy or sell a house in Cuba, who have to turn to alternative means to meet their needs in the absence of reliable public instances.

Some notes on the housing issue in Cuba today

In accordance with an advanced summary of the 2012 Final Report of the Population and Housing Census published by the National Statistics and Information Office (ONEI by its acronym in Spanish), Cuba registers an average of three people per house and a household per house.

These figures can be encouraging, especially in a country with the socioeconomic conditions of Cuba. Nonetheless, this data as it has been presented doesn’t truly show the real social situation given than it is usual that uncles, cousins, grandparents and other relatives live together in the same house –with all it implies from the social and economic viewpoints. It is necessary then to make a more thorough analysis of the data.

The Census recorded, among other aspects, housings and homes, the latter seen as the group of people – one or ten, relatives or not– living in the same house according to a family regime, that is, sharing expenses and the like.

The analysis of these statistics shows that in every province the number of households is higher than the number of houses occupied by permanent residents. A simple calculation indicates that there are about 54 000 families living with another or other families in the same building; that´s what we Cubans call “aggregate families”. These calculations leave aside those people living in shelters or in state houses.

Consequently, Cuba would need about 55 000 houses to achieve the real rate of a house per family. Nevertheless, if granted that tenement buildings, huts and improvised houses do not classify as ‘ideal’ places for family life, the deficit could raise to nearly 170 000 houses.

In addition, there are those who lost their houses due to weather phenomena, which during the past few years have taken down totally or partially a hundred thousand houses and caused some others to be left in bad conditions –almost uninhabitable–lacking the necessary and pertinent maintenance for decades.

In September 2013, the president of the National Housing Institute, Oris Silvia Fernández, declared to Cuba dice (Cuba says…) –a section in the Cuban National News– that the country needs to build about 60 000 and 70 000 houses annually in order to lessen the housing deficit. However, since 2006, the annual construction of houses has been really far from the current needs.

In contrast with this deficit, the Census revealed that there is a total of 147 855 houses occupied by temporal residents for seasons or simply uninhabited. This suggests that the number of families with several property owners as well as the number of people with two properties is considerable in comparison with the housing need of the “aggregate families”.

The data shows that in Cuba the population has a significant need for houses and that there are available properties –though not enough– for rent or buy or sell, being these factors decisive in the performance of the national real estate market.

In view of the possibility to promote and consult offers –and therefore, to know prices, places, and descriptions of the house as such and to contact directly with the seller– in what some people have called “informal housing stock”, online websites as Revolico, Porlalivre or Cubisima, among others, have become the best referents of the Cuban real estate market. Precisely the study of 15 387 buying and selling ads nationwide, published from August 7 to December 3, 2013, in Porlalivre, revealed some pointers to this topic.

In the ads it is possible to find offers from all over the country, being Havana the province of highest demand and the most advertised. Then, it is reasonable to conclude that the main referent for this market is in the capital city.

The analysis of the ads also shows that prices are generally set in Cuban convertible pesos (CUC) and in US dollars and Euros regardless of the fact that transactions have to be made in Cuban pesos (CUP) or CUC as stated by the law.

It is well-known that the government establishes minimal referential values in CUP for houses. Generally, this value is declared in the legal proceedings of which it collects 4% taxes on the transfer of properties and inheritances from the buyers and on personal incomes from the sellers. Nonetheless, the real transfer among citizens is made at higher prices than those declared, thus evading the corresponding real taxes.

As for prices, with an upward tendency, the average value of a house in Cuba is about 22 000 CUC. Basically, it is an independent house or a masonry apartment with a living room, a dinning room and a kitchen, a bathroom, and two or three bedrooms.

By provinces, with Havana at the top, the highest average prices are registered in Matanzas, Cienfuegos and Havana again. On the other hand, the lowest values are recorded in Granma, Las Tunas and the Isle of Youth, traditionally regions of lower economic development.

In the analysis per municipalities, the highest prices are in the provincial capitals in the eastern region, from Camaguey to Guantanamo. However, in the rest of the country, the most expensive houses are located in those municipalities with better socioeconomic possibilities, which are not necessarily the administrative centers of the provinces.

It is worth highlighting that there are houses with extremely high prices not in accordance with the Cuban economic reality. More than 700 houses valued in 100 000 CUC or more were found among the ads analyzed; there were even 9 offers of 1 million CUC or more.

The highest value found belongs to a house in Miramar valued in 1 600 000 CUC with the following description:

“Wonderful luxury two-story house, more than 1 120 square feet, with a view to the sea, large swimming pooleither for freshwater or salt water, 6 bedrooms, one of them a spectacular suite also with a view to the sea, 9 bathrooms, 2 kitchens, 3 dining rooms, 3 living rooms, a laundry, warehouses, an office, a security cabin, a lobby, a motor lobby, 2 entrance halls, 2 large terraces, all areas are air-conditioned, two heaters, large Kwan, cistern plus 3 reserve tanks, alarm, security camera…”

With these hints it is possible to state that there is a parallel market beside state instances, where prices are extremely high in comparison with the acquisition capacity of the average population; therefore, a market where the corresponding taxes are evaded.

The lack of official instruments to study the performance of the housing market in the country and, consequently, the lack of qualified professionals to render mediation, advice, and housing transactions management services related to the buying and selling, rent, swap or cession of houses, etc. can bring about speculation on the values of houses. It is even possible to talk about a section of the market classified as “luxury” due to the high prices of houses in contrast with the Cuban reality.

Then, one may wonder: who sells at these prices? Who can afford that and is able to pay such amounts for a house in Cuba?

A study carried out by The Havana Consulting Group identified several types of seller according to their needs: People that decided to migrate and take the money with them. Others sacrifice their homes for something smaller to get some cash and live more comfortably; or simply because their house is in bad condition and they don’t have the resources to do the repair works. Some others decide to get into the self employment and sell to get a source of financing. There are also people that have found a way to make businesses: they buy, sell and buy again.

Furthermore, they identified buyers with relatives or friends abroad willing to help them solve their housing problems or decided to invest in some business in the country. There are also Cubans traveling abroad in missions or work contracts who return with enough savings to buy a house. Besides, there are foreigners and Cubans residing abroad who wish to invest in real estate or simply want to have a place for retirement. And there are some who have made their way in the house rental business: they buy houses –usually under the names of close relatives: children, parents, siblings–, prepare them and then rent them. This way they get a regular income that allows them to afford a better life style.

In any case, whether from remittances or investments, the capital from abroad is increasingly more vox populi. This isn’t rare; according to the latest 2012 figures provided by ONEI, the average wage of the population is about 20 CUC monthly, which barely changed last year. This is also affected by the lack of financing mechanisms in the Cuban banking system –credits, mortgages, discounts, etc.– so that citizens can undertake the buying of a house.

Summing up, it is likely that a portion of the buying is carried out by Cubans in representation of foreigner citizens, as the law only authorizes natural citizens or with permanent residence in the country to buy or sell properties. The high prices also suggest that those with access to this market are the least economically needed, which means that the part of the population neediest for housing is the one with fewer chances to get a house.

This is where we are

In the Cuban society, in the current situation, it is essential the existence of a legal real estate market that takes into account the interests of the Cuban citizens and solves similar problems in the country.

However, that is not entirely the case. The individual economic reality, the market prices, the lack of financing mechanisms and tax evasion, are elements that speak for themselves.

All these added to the imperious need for entities, non-existing today, that act as qualified referents setting patterns and opinions that can guide the course of this market; a market that demands an accelerated speed in the construction and maintenance of houses in order to survive, something that is far off from reality.

This is how the Cuban real estate market is functioning, without clear ideas on where it is headed and which will be its future tendency in a society so needed of changes as ours.

By: Yudivián Almeida and Elizabeth Pérez