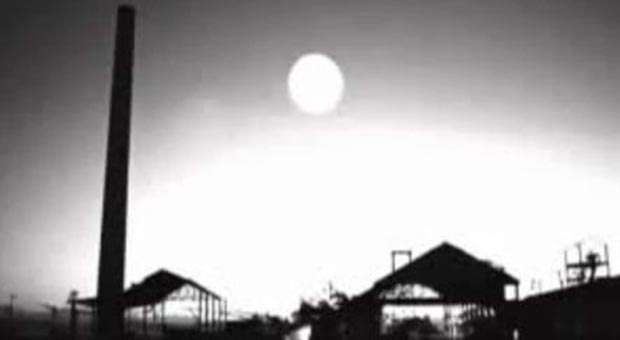 Several national media announced that on November 20 the harvest would begin again in the country. It was then spoken of a “recovery” of the harvest, an “improved sugar performance,” a” lift in the production,” a” new dimension of the sector.” The purpose, as declared by the directors, is producing 1 million 800 thousand tons of sugar, and 49 of the 85 sugar mills Cuba has started grinding. Exactly 11 years ago, Fidel Casto announced the closure of 70 mills on the island, and began the task called Alvaro Reinoso , which reoriented the sugar workers into other occupational profiles . OnCuba start posting “Sugar mill”, five stories of people who worked for years in the Habana Libre sugar mill, until, suddenly, it was shut down.

Recently you have decided to reduce areas of land devoted to sugarcane and close many sugar mills. That is laying off thousands of people … have not you gone from one extreme to the other?

( … ) We had, simply, to close the mills, or we going down the Bartlett Deep.

( … ) Really I called the minister and said, “Look, please, how many hectares have you plowed? ” He answered: “Eighty thousand “. I say, “Don’t plow another hectare.” It was not my usual role, but I had no choice, you cannot let the country sink.

(Excerpt from a Fidel Castro interview with Ignacio Ramonet)

Like all others, Ramón Leal seemed to have something sweet in the face. And this is precisely what may surprise. Ramon Leal, so you know, is black, a black almost seventy -five to sixty -eight years old, and blacks, and people of sixty-eight , and persons of seventy five, rarely saved some sweetness . This may be due to the story. Like saying that blacks are much like the story, or history, or the story certainly has, among other things, many years, and much size, too, and also the face of a black. Yes, the face of a black, either by shame or logic, or debt, or because sadly the story could not be of any other color.

Like the others, Ramón Leal lived there, where there is only a park, where there is also a wine cellar and a primary school, and somewhat opaque houses, and the sugar mill. Ramon Leal lived there, aside elementary school for being just that, and park, also as just that, you may even doubt that once were people in those houses, or in the cellar, which is about the same, or in the mill, which are also resembles him for God knows what a strange feeling. Or maybe it is because the empty houses and empty warehouses, and mill in ruins, are probably the same thing.

– If I am married? Nope. Once yes I was, I was married like 20 years when I started in the mill, and I had my children. I was a man always in love. But now, women all they give are headaches. I live alone now, look; this house also was given to me to work in the mill. Because I was leading and I do not remember how many times. Yesss, do not make that face, journalist. And the fridge, and the TV I also won them, and they very nearly give me the car.

And of course, Ramón Leal did not seem to have car. I do not know why I always thought that the feet of the drivers-although I’ve never stopped to watch him the driver’s foot- look like more cared for. Barefoot Ramon Leal were wide, and quartered, and I dare say that for years abused or on the road. Battered, that’s it. Never like the truck driver, but as the mechanic in the Habana Libre mill.

– YES, journalist. I was the mechanic at the mill, but look now, the child is asleep, and the saddest thing is that it will never wake up. And that was alive in those years. It was milling and milling, and for everybody working it was a joy working. And when the harvest of 1970 the child didn’t stop, and as you know, it milled cane, did not reach the ten million but that we did mill cane. What years! The free food, free cigars, ball games in the Latin-American stadium with the computer center and the Ariguanabo Textile plant , and the crying when they said they would close the child , because here everybody worked in the mill . Look, I’m now on cleaning serivces. Imagine! But I remember the beautiful moments when we were going to take after the shift was over, and parties for women, and women…

– What? You fell in love in the mill?

– Two times. One of them died of cancer, and the other lost a leg grinding cane .

But is not that I have bad luck, Ramon Leal said. And aswked me what I was looking at his neck and said that’s Eleguá and said look at this ring. And I looked at the ring. This is prepared he added , and I have the “thing” in the finger and on the neck , he said, and this is opening my roads , he added, did not you see I’m whole , only a few teeth are missing , but full of life.

And if you looked good , plus the teeth , all that was missing from Ramón Leal was a bit of hair, which had been a soldier because according to him, when he was in the reserve he let go two shots. Whole, if, after all, he had survived in Angola when he was a cook at Staff for two years, the only time he interrupted his work on the mill was to go to Angola. That day the shelling was great , remember, and remember that they killed him a cousin, and many people died , but that he, as he promised , had the “thing” in the finger and on the neck , and of the mill he preferred to recall its women , preferred Angolan Portuguese that remind him lovely Portuguese girls, he said, but not as the Cubans, and as the ones from the mill, they were more flavorful than any because they were like sugar and then not who had removed it , they tasted like cane, as they said that we were pure molasses .

After all , of course, Ramón Leal, about seventy -five to sixty -eight old looked , like all others, as he was carrying something sweet in the face. And this is precisely what may come as a surprise: the black face of Ramón Leal , history. And maybe a winery, and maybe some houses, and maybe a mill.

The power of your soul, new exhibition by Roberto Diago