Based on the analysis of data from China, experts found that most of the new infected cases are caused by people with mild symptoms who might not even know they have it, said Jeffrey Shaman, a public health expert at Columbia University. 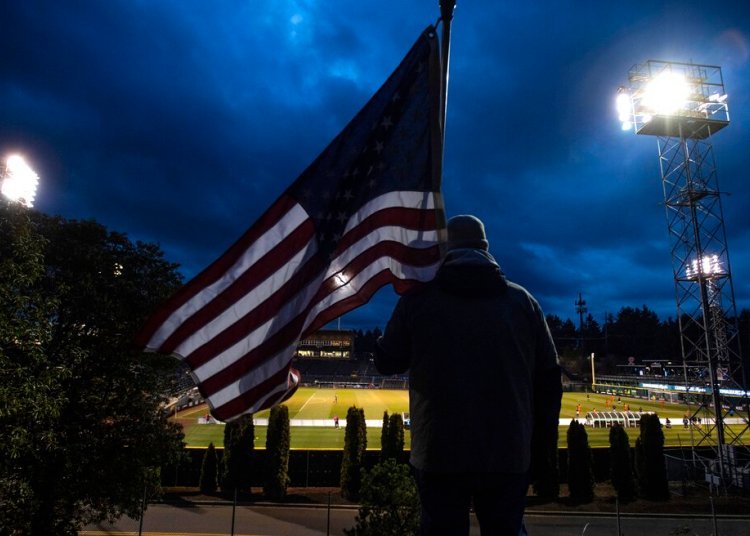 In a matter of days, millions of Americans have had to change their habits due to the measures implemented by the government to stop the spread of the new coronavirus.

Normally bustling streets are deserted and families are barricading themselves in their homes. Many of those who venture out try to keep a safe distance from anyone they meet, even if they are lining up to buy now-prized products like disinfectant gel. Parents juggle their schedules to take care of their children given the closing of the schools, perhaps for the rest of the year. And the restaurants are empty and increasingly choose to operate only for home delivery.

How long will this last? Scientists say there is no simple answer to this question.

“In many ways, this situation is unprecedented. We are trying to take some steps to curb the spread and momentum of this pandemic,” said Stephen Morse, a disease researcher at Columbia University in New York.

Yes, there have been previous disease outbreaks from which scientists can draw some conclusions but, in those cases, it was possible to let them run their course. “So those models are not applied accurately,” added Morse.

President Donald Trump said this Monday that the United States will be dealing with the crisis until July or August. And New York Governor Andrew Cuomo noted that the number of coronavirus cases in the state could reach its peak, not ending, in 45 days.

The general message is that the country will be fighting this viral outbreak for a few months, not days or weeks.

Each model of the spread of the disease is based on data and assumptions about population dynamics, demographics, health care system capacity, and other factors, explained Rebecca Katz, a public health expert at Georgetown University.

The challenge in designing models of what will happen in the United States is that the limited resources to test COVID-19, the disease caused by the coronavirus, mean that the researchers do not know what the starting point is or how many people are already infected.

In other words, scientists say the epidemic will slow down when infected people don’t pass the virus on to others.

Based on data from China and the cruises affected by the pandemic, scientists estimate that unless steps are taken to contain the spread, each affected person could pass it on to 2 to 3 other people, leading to exponential growth of the virus.

If the virus passes to a new person every two or five days, according to the experts’ calculations, a single infected person could generate 4,142 infected cases in a month assuming that nothing is done to stop the chain of transmission.

Scientists estimate that, unless these measures are taken, between 40 and 80% of the world’s population could contract the disease. Based on the analysis of data from China, experts found that most of the new infected cases are caused by people with mild symptoms who might not even know they have it, said Jeffrey Shaman, a public health expert at Columbia University.

Although most people are recovering and only part of the total cases are serious enough to require hospitalization―around 14% according to scientific estimates―the true magnitude of the pandemic will put a lot of pressure on hospitals, medical workers and other patients, who may see how non-coronavirus procedures are delayed.

Scientists agree that measures to slow or reduce the transmission chain are crucial to ensure that emergency rooms are not quickly saturated with sudden waves of critical conditions.

If measures like school closings are able to slow the spread of the disease, “we’re going to see a hump instead of a peak” in the charts about the new cases, said Dr. Anthony Fauci, a disease expert with the United States government, at a meeting in the White House.

In other words, the number of infections will grow more gradually and manageably. But this also means prolonging the duration of the outbreak.

“The sense of the restrictions that we have is to extend this more in time. We don’t want a big peak to occurs very quickly,” said Mark Jit, a disease researcher at the London School of Hygiene and Tropical Medicine. “It’s not like a Hollywood movie with a clear ending in which everyone is saved, or everyone dies, quickly.”

So, how does this end?

Most scientists believe that the fight against COVID-19 will not end until there is an effective vaccine. But Fauci and other experts argue that it will be more than a year before they have a list for its widespread use.

“The best scenario is that we will have a vaccine in 12 or 18 months and our lives will return to normal,” said Jit. “The worst is that it takes a long time to develop a vaccine and the world really changes and our lives are never the same again.”

While we wait, will the quarantines last more than a year? Hardly anyone believes this is realistic.

“I don’t think we can maintain social distancing like we do now for the duration of the epidemic,” said Michael Levy, a disease researcher at the University of Pennsylvania.

A more feasible alternative could be an intermittent restraint plan and better monitoring to control the disease, an idea explored in a new study by researchers at Imperial College of London. Once the number of new cases falls below a certain number, schools, offices and restaurants could reopen. But if the number of infections again increases, the restrictions would come into effect again.

“We should be thinking of the analogy of a car braking on an icy highway,” Levy explained. “You step on the brake to slow things down, then you lift it but if you slip you step on it again.”