The initiative created by young filmmakers arises as part of the measures that promote voluntary quarantine in Cuba. 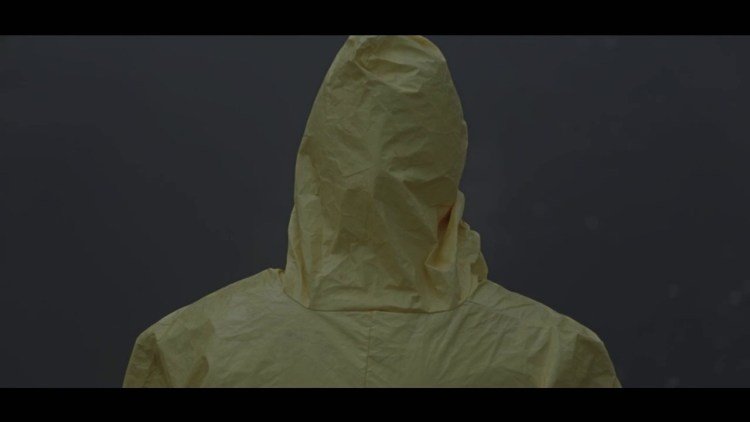 Still of El proyecto, a documentary by Cuban filmmaker Alejandro Alonso. Photo: still from the documentary.

Several initiatives by different artists are arising these days on the social networks to encourage people to stay home and prevent the spread of the COVID-19 pandemic, which is affecting nearly 150 countries across the globe.

Under the hashtags #quedateencasa and #quedateentucasa, Cuban artists have joined this campaign on the networks, creating content and making audio or audiovisual archive materials available to Internet users.

Cine Cubano en Cuarentena (Cuban Cinema in Quarantine) is a Facebook page created with the aim of encouraging people to stay home and prevent the spread of the coronavirus in the country, where measures have been taken to avoid crowds of people in cultural spaces.

The Cuban Institute of Cinema Arts and Industry (ICAIC) has also suspended activities, such as the presentation of the National Film Award to Senel Paz and Francisco (Paco) Prats, the film exhibition for the Francophonie Week (March 18 to 29), as well as the national premiere of the Cuban film El Mayor.

To counter these actions, Cine Cubano en Cuarentena makes Cuban film archives of any time available to the public, an initiative created by young Cuban filmmakers.

Created this Sunday, March 15, “it was an idea that came up, some filmmaker friends were consulted and it was quickly implemented,” said Jose Luis Aparicio, one of the main promoters of the site.

“Everyone agreed to share several of their works with the public interested in Cuban cinema, even more so in the current situation of pandemic and isolation. The objective is to make people stay safe at home, enjoying and discovering Cuban cinema without surnames,” said the filmmaker, one of the directors of the documentary Sueños al pairo, whose censorship in the ICAIC Young Filmmakers Exhibition led to the cancellation of the event.

“This is a common effort. There are several filmmakers involved and more are joining. The initiative is open so that films can be sent to us from anywhere, regardless of format, genre, footage or year of production,” added Aparicio.

In addition to the publication of links to audiovisual materials, other proposals have also been incorporated, such as the Rialta website, where from its Mise en Abyme section other materials related to the seventh art can be found, such as interviews, essays and reviews.

Carlos Machado Quintela, Yimit Ramírez, Heidi Hassan, Carlos Lechuga, Daniela Muñoz Barroso, are some of the filmmakers who have been sharing their works these days on the platform, where you can find various works exhibited throughout various editions of the Young Filmmakers Exhibitions.

Sharing these works without distribution limitations helps viewers, not just Cubans, discover our films in this period of seclusion and isolation, the site highlights.

Aparicio specifies that “at the moment we conceived it to collect films about Cuba, but this concept can be expanded. We also accept foreign films made on the island or Cuban films made in the diaspora.”

Coffea Arábiga (1968) by Nicolás Guillén Landrián was the first material uploaded to the page that already has more than 300 followers, a number that is increasing as the project, which has uploaded more than 10 materials on the site, becomes known.

Among the audiovisuals already available are the award-winning documentaries ¿Qué remedio? La Parranda and El proyecto, by Daniela Muñoz Barroso and Alejando Alonso, respectively, as well as the short films Tierra roja (Heidi Hassan, 2007), winner of the Best Fiction Prize in the 7th Young Filmmakers Exhibition in Cuba, Buey (Carlos Quintela, 2013) and the feature films Cucarachas Rojas (Miguel Coyula, 2003) and Desarraigo (Fausto Canel, 1964), among other films, which can be accessed through links to the YouTube and Vimeo platforms.

“We don’t distinguish between independent or institutional cinema, although it is easier to access the independent works of young filmmakers, who are also those who need greater visibility. We accept cinema from Cuba or about Cuba, wherever it comes from,” said Jose Luis.

Other proposals are being discussed these days by Cuban filmmakers, among which the organization of an online film festival stands out, as director Rudy Riverón expressed on his Facebook page on the idea of ​​holding atypical film festivals for what is left of the year, in the face of the threat of COVID-19 that has already caused the cancellation of several film festivals in the rest of the world.

“We can all be part of a new solution for these film festivals and film festivals for just one year and making these virtual events to remember 2020 as a unique year. Let us use this extreme situation in favor of films, filmmakers, film festivals and the public, also of followers and fans,” said the filmmaker days ago, a proposal that has already started taking shape in some regions of the planet.