In addition, this Saturday 128 discharges were given, with which the number of recovered reached 4,412, according to the report issued by the Cuban Ministry of Public Health (MINSAP). 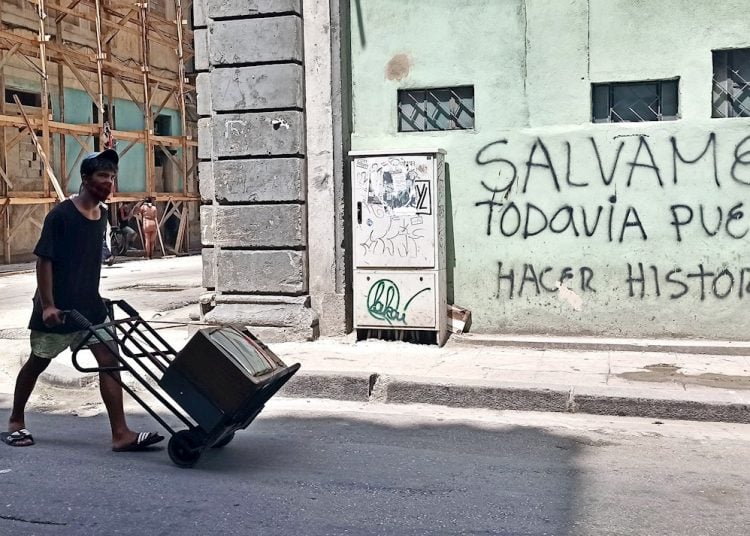 A young man wearing a face mask carries a television on a wheelbarrow in Havana. Photo: Ernesto Mastrascusa/EFE.

Cuba reached 115 deaths from COVID-19 with the two new fatalities reported at the close of this Saturday, when 36 new cases of the disease were detected, bringing the total number of infected to 5,091 since last March.

The island now has 562 active cases, of which 547 are in a stable clinical condition, four are reported in critical condition and 11 are in serious condition.

In addition, this Saturday 128 discharges were given, with which the number of recovered reached 4,412, according to the report issued by the Cuban Ministry of Public Health (MINSAP). The number of evacuated patients (2) is the same as at the beginning of the pandemic.

As for the new patients, 34 are Cubans and two foreigners, one of them residing on the island and the other, the only imported case of the day. Of the total of 36, 22 were female, 14 male, 28 were contacts of already confirmed cases, and in seven the source of infection could not be specified. 22 were asymptomatic at the time of diagnosis.

Ciego de Ávila, the Cuban province most affected by COVID-19 in the last 15 days, registered 16 new patients, while Havana, the epicenter of the epidemic on the island, had only nine. The remaining contagions were from Matanzas (6), Artemisa (3) and Sancti Spíritus (2).

Finally, Cuba broadened its criteria on the people being monitored and suspected of suffering from COVID-19, in order to achieve a broader monitoring of possible cases. Thus, 8,016 patients are hospitalized for epidemiological clinical surveillance, of them: 6,162 under surveillance, 1,292 suspects, and 562 confirmed with the disease.