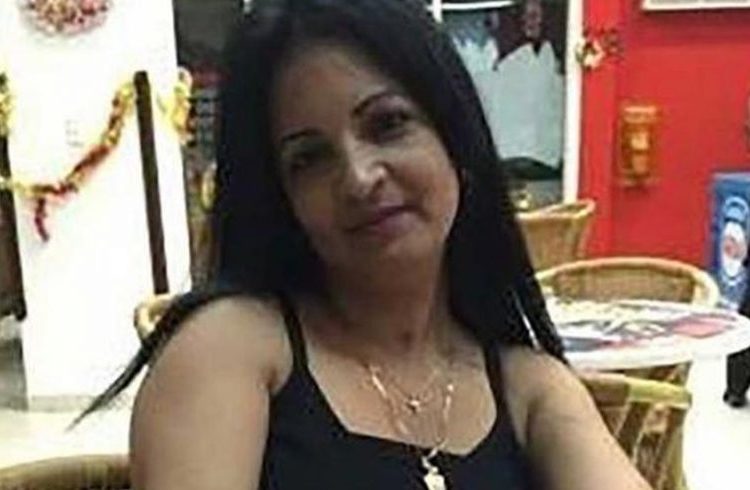 Emiley Sánchez La O, one of the two survivors, passed away. Photo: Cubadebate.

One of the two survivors of the flight that crashed a week ago in Havana, Cuban Emiley Sánchez, 40 years old, died in the early morning hours of Friday May 25, raising the number of victims of the disaster to 112, Cubadebate reported.
Sánchez died at 1:45 am in Havana’s Calixto García Hospital, where she was hospitalized since the day of the accident as a consequence of the “serious traumatic lesions and burns” suffered, indicated a communique of the Ministry of Public Health published in the state-run media.
Also hospitalized in that same center and in critical condition, is the young 19-year-old Cuban Maylén Díaz, who is now the only survivor of the Cubana de Aviación flight DMJ-972 which on May 18 crashed a short while after taking off from the Havana airport with 113 persons on board, among them five children.
“Her condition was extremely critical with an unfavorable prognosis, with a progressive deterioration, which was impossible to reverse due to the appearance of complications, despite the effort of the multidisciplinary team responsible for her medical attention during six days of intensive care,” the official note said.
Sánchez, like more than half of those who died in the accident, was from the eastern province of Holguín (some 700 kilometers east of Havana), towards where the plane was headed.
According to medical reports published throughout this week, the woman had burns in more than 40 percent of her body, most of them deep.
Initially, three women survived the disaster, but one of them – Grettel Landrove, 23 – also died last Monday due to the serious neurological damage suffered in the accident.
The only remaining survivor, Maylén Díaz, does not have burns but does suffer from serious traumatisms due to the violent crash, and her state is extremely critical with reserved prognosis.
Cubana de Aviación flight DMJ-972 crashed on May 18 in an area of crops one kilometer from Havana’s airport due to causes that are still being investigated.
The crashed plane, which Cubana operated under a rental regimen, was a Boeing 737-200 built in 1979 and property of the Mexican Global Air airline company, whose operations have been temporarily suspended by the Mexican authorities while what occurred is elucidated.
The deceased are 101 Cubans and 11 foreigners, of which seven were Mexicans – including the six crew members -, two Argentinians and two Saharawi, one of them also of Spanish nationality.
EFE /OnCuba