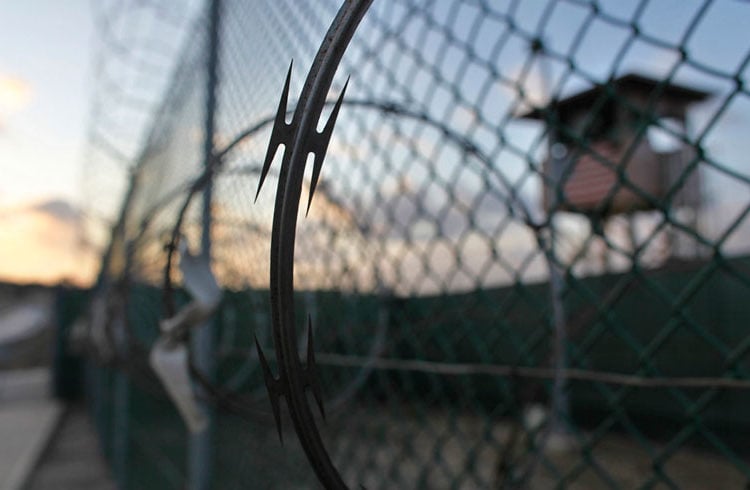 Abdellatif Nasser got what he thought was the best possible news in the summer of 2016: one of his attorneys called him at the Guantanamo Bay detention center and told him that the United States had decided that he no longer meant a threat and that he could return to his home in Morocco.
The prisoner allowed himself to be encouraged thinking of the Moroccan food and imagining that he would be home in a flash. “I’ve been here for 14 years,” he said then. “A few more months don’t matter.”
But his optimism was by far wrong. Morocco did not return to Washington the diplomatic agreement that would have allowed him to be free until December 28, eight days after the maximum term to be among the last prisoners who left the base during former President Barack Obama mandate.
Now he is one of the five prisoners who were given the green light by the United States but whose freedom is in doubt under President Donald Trump.

We waited until the last moment for his release, said Shelby Sullivan-Bennis, the attorney who gave him the news of his release and shared the notes on this conversation. When it didn’t happen, we were devastated, he said, adding that those eight day have become a possible life imprisonment.
The Trump government has not released any prisoners and did not add any name to the list of those who can return to their homes or be relocated in a third country. His predecessor transferred 197 prisoners and former President George W. Bush more than 500.
Obama tried to close down the detention center, but his initiative was stemmed in Congress by objections about the transfers to penitentiaries on U.S. soil.
Pardiss Kebriaei, the attorney of a detainee and who belongs to the New York-based group Center for Constitutional Rights, noted that there isn’t any precedent for a government to adopt the position that there will be no more transfers from Guantanamo without taking into account the individual circumstances.
The current government has not announced its policy on the detention center. But before assuming the presidency, Trump said on Twitter that there wouldn’t be more releases in Gitmo, as the base is known. He wrote that these are extremely dangerous persons and shouldn’t be able to return to the battlefield.
The files continue being periodically checked, but the executive is still considering whether or not to transfer the prisoners, according to Armed Forces Commander Ben Sakrisson, Pentagon spokesman for matters related to Guantanamo.

A National Security Council spokesperson, Tara Rigley, underlined that the president said the detention center will continue being an available option in the war against terrorism. She added, refusing to give more details, that it will be the president who will make any decision related to the prisoners, case by case and in the best interest of the United States.
The possibility that ex-prisoners in Guantanamo renew hostile activities for years has been a concern very present in the debate about the releases. The office of the director of National Intelligence said last Friday in his most recent report about the matter that it is confirmed that 17 percent of the 728 prisoners who recovered their freedom returned to that type of activities. Another 12 percent are “suspects,” he added.
The broad majority of the cases was registered in prisoners who were not applied the security revision established by Obama. A working group that included agencies like the Department of Defense and the CIA studied the prisoners and determined who could recover their freedom and who should stay behind bars.
The previous government even created a Periodic Review Board, which considered not only the potential threat but also factors like the behavior of the prisoners in custody and their perspectives of getting a significant job abroad. The rate of recidivism among those released after the measures were put into practice dropped to 4 percent of confirmed cases and 8 percent of suspects.
There are five prisoners among the 41 who continue detained in the Guantanamo Bay Naval Base whose transfer was approved and 10 who were charged by a military commission. This leaves 26 in indefinite prison, whose cases could be revised and could enter the list of those to be released.

Several could still be processed and it is not very likely that they will recover their freedom, but the attorneys of the rest are considering the presentation of new appeals, alleging that the policy of not releasing them would mean that their confinement would no longer be legally justified as a temporary war measure.
In addition to Nasser, the prisoners who had been chosen to be released come from Algeria, Yemen and Tunisia, Another was born in the United Arab Emirates but the Pentagon documents identify him as a stateless person of the Rohinya ethnic group.
A review board authorized Algerian Sufiyan Barhoumi’s release, which was expected just before Obama left the White House, but then Secretary of Defense Ash Carter did not sign the transfer and he had to stay in the center despite an emergency appeal in a Washington court on his behalf and on that of Nasser.
The other three had received the approval of the working group at least in 2010. The reasons why the United States hasn’t been able to relocate them is unknown. An attorney appointed to represent the prisoner born in the United Arab Emirates said that the man never has accepted to meet with him.
Sullivan-Bennis, who recently met with Nasser and with other prisoners in the base to discuss the legal strategies of the men, who are close to being 16 years confined in the U.S. base on Cuba’s southeast coast, said that actually what this means for them is being registered.
The 53-year-old Nasser’s road until he got there was long.
According to his Pentagon file, he was a member of a Moroccan Sufi legalized group, although not violent, in the 1980s. In 1996 he was recruited to fight in Chechnya but ended up in Afghanistan, where he trained in an Al Qaeda camp. He was captured after fighting against the U.S. forces and sent to Guantanamo in May 2002.
A non-identified military officer who was appointed to represent him before the review board said that he studied mathematics, informatics and English in Guantanamo, creating a 2,000-word Arab-English dictionary. The officer told the board that Nasser was deeply sorry for his past actions and was confident in his reintegration into society. The board granted him the release by consensus in July 2016.
When Nasser found out that he would not return home, at first he stopped accepting calls from his attorneys, who feared he could commit suicide, Sullivan-Bennis pointed out. He added that in recent times he has tried to not lose hope.
After visiting Nasser in Guantanamo, another of the attorneys who represents him, Clive Stafford-Smith, said he is concerned because some of his relatives will not recognize him when he returns.
He is holding on, the attorney explained, adding that you can see tears in his eyes, but that he tries to show a positive front.
AP / OnCuba

Billboard: Beginning of the final party

Ron Perlman, “so fucking proud” to film in Cuba