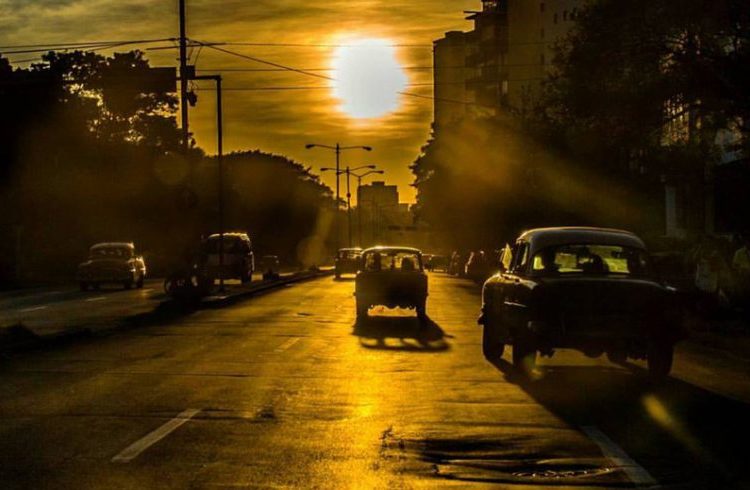 Barely a year after the U.S. secretary of health and human services affirmed in Havana that she was “optimistic about the steps being taken,” medical institutions linked to the new government of that country banned its scientists from traveling to Cuba.
An article published by Science reveals how a group of U.S. scientists have canceled their participation in a conference organized by the Pedro Kourí Institute of Tropical Medicine (IPK) for next week.
“All of them except for one have withdrawn,” said IPK virologist María Guadalupe Guzmán. Some, she says, were concerned about the recent affirmations that U.S. diplomats suffered in Cuba what the Department of State has described as “attacks against their health.” Two researchers from the Centers for Disease Control and Prevention (CDC) said to the IPK that they had to suspend their trip to Cuba because officials from that institution forbid them from coming.
The “new hostile policy toward Cuba undermines the trust” of the United States in joint research, said Luis Montero-Cabrera, a chemist from the University of Havana. The Trump administration, adds John Van Horn, a neuroscientist from the University of South California (USC) in Los Angeles, “has probably closed the door to many Cuban-U.S. interactions.”
The new U.S. government regulations do not explicitly point to science and have exceptions for academicians. However, the CDC remitted Science to the Department of State, where a spokesperson explained that “short-term trips to Cuba by U.S. government officials are currently limited to those involved in ongoing research” on the alleged attacks. On the other hand, the closing of the U.S. Consulate in Havana last October assumes that Cuban citizens must travel to a third country to request a visa to enter the United States, including, of course, the scientists.

The tense political atmosphere creates uncertainty in several potential initiatives. One of them, Science mentions, is focused on the arboviruses, pathogens transmitted by mosquitoes that include the Zika, chikungunya and dengue viruses. After a convocation in relation to arbovirus research with Cuba, the U.S. National Institutes of Health (NIH) approved in June four one-year subsidies, each one with a funding of up to 50,000 dollars. It is a modest amount for U.S. standards but “a bonanza for Cuban scientists, who have scarce resources for research.”
The IPK won the four subsidies, including the immunology studies against dengue and the essays on the capacity of the Wolbachia bacteria to stop the arbovirus transmission.
According to Guzmán, the NIH informed the IPK that the funds have been “suspended.” A NIH spokesperson was unable to confirm their state when consulted by Science. The subsidies are managed by CRDF Global, a non-profit organization based in Arlington, Virginia. One of its officials has said that the reason is not political, but rather it is because of the all-time difficulties to transfer funds to Cuba.

It isn’t the only activity between the two countries that is in a limbo. The scientific publication mentioned that in 2015 the University of Tulane in New Orleans became the first recipient of the NIH to receive funds for their use in Cuba. Arachu Castro, director of the Tulane Health Equity Collaborative Group in Latin America, affirms that they continue “planning joint research and educational activities…but in light of the new U.S. regulations we are conscious of the need to have a plan B.”
The contingency planning is also ongoing in the USC, which last year signed an agreement with the Cuban Center of Neuroscience. And the Cuban Ministry of Public Health (MINSAP) is not sure that a memorandum of understanding signed in June 2016 with the U.S. Department of Health and Human Services is still valid. “We don’t know what is going to happen,” says Ileana Morales, MINSAP director of science and technological innovation. “But we are not ready to renounce the U.S. scientific exchanges.”
The news for Cuban science is not completely discouraging. In October, the European Union’s flagship research program, Horizonte 2020, announced it would allow Cubans to request funds together with European colleagues. There are some collaboration projects with the United States that are not showing signs of concern. The U.S. National Oceanic and Atmospheric Administration sponsored a joint research cruise last summer with the National Protected Areas System of Cuba (SNAP) which traveled around the island evaluating the coral reefs. This month, the SNAP will receive in Havana several U.S. scientists to analyze the next steps, including joint publications.

Exceptions and not the rule

This SNAP workshop, notes Science, is “an exception,” in the midst of the notable reduction of Americans’ visits to Cuba. “Around 80 percent of U.S. chemists who registered to attend Hot Topics 2018 – a workshop to be held in Havana in January about collaborations in chemistry – have withdrawn,” says Montero-Cabrera.
The IPK, meanwhile, was planning on sending five young scientists to the University of Texas Medical Branch (UTMB) in Galveston for training in arbovirus molecular studies and the organization of a bank of viral agents. It is not clear when this will happen, said Guzmán cited by Science.
Early this week the IPK held a workshop with two scientists from the UTMB on how to safely operate its new biocontention lab. Guzmán wonders when she will have another opportunity to work with U.S. colleagues. “I imagine this is the last activity we will carry out together” in the foreseeable future, she says.

President Donald Trump has devoted his government to dismantling everything that his predecessor, Barack Obama, had done. Cuba not only has been an exception but rather it is one of the cases in which the difference is strongest and the dismantling the most violent.
On October 20, 2016 the topmost health authorities of Cuba and the United States signed a memorandum of understanding in the area of cancer, about which Cuban Minister of Health Roberto Morales said it was making a reality an intention collected in the framework memorandum signed in Washington in June of that same year.
“We are committed,” said Sylvia M. Burwell, then U.S. secretary of health and human services. “The movements have been quick if one thinks that it was in June when we signed our first memorandum of understanding and I am here now,” said Burwell in October during her first official visit to Cuba.
The June memorandum of understanding ratified the shared interest in facing infectious diseases like Zika, dengue and chikungunya, and non-transmittable chronic diseases like cancer, diabetes, hypertension and its risk factors.
The memorandum also established the coordination in a broad spectrum of matters like global medical safety, search and research, as well as information technology. “This new collaboration is an all-time opportunity for the two nations to build on each one’s knowledge and experience, and benefit biomedical research and public health in general,” Sylvia Burwell said then.
President Obama’s package of measures for an “irreversible opening” included among its amendments that the Department of the Treasury facilitate transactions related to health:
Joint medical research. OFAC granted a new authorization that will allow persons subject to U.S. jurisdiction to participate with Cuban citizens in joint projects related to medical research. This authorization includes commercial as well as non-commercial research.
Pharmaceutical products of Cuban origin. OFAC granted a new authorization that will allow incidental transactions to obtain the approval of the U.S. Food and Drug Administration (FDA) of pharmaceutical products of Cuban origin. An additional authorization will allow the export to the United States, and the marketing, sale or other type of distribution in the United States of pharmaceutical products of Cuban origin approved by the FDA.
Bank accounts: Persons subject to U.S. jurisdiction who participate in the aforementioned activities related to health will also be authorized to open and maintain bank accounts in Cuba for their use in carrying out the authorized commercial activity.
The new administration’s efforts place two big question marks to this condition of irreversibility. The facts have started to give negative signs.