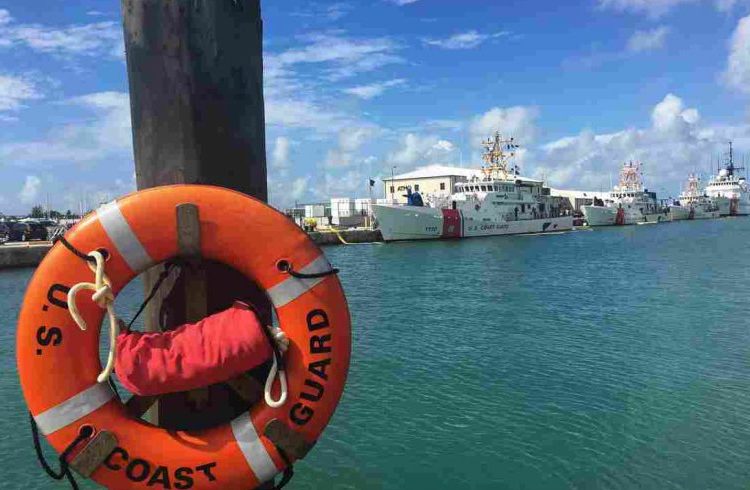 The Coast Guard repatriated yesterday 28 Cuban immigrants who were trying to illegally reach the country by sea and were intercepted in two different operations in waters off the Straits of Florida, the authorities reported.

Last Saturday 19 Cuban citizens had set sail and were sighted by a plane of the Miami Coast Guard.

One of them was transferred to the Miami-Dade police due to an arrest warrant against him for the theft of cars in that Florida county.

On Monday the Coast Guard intercepted a 25-feet rustic boat with another 10 Cuban immigrants some 58 miles (94 kilometers) to the northeast of Matanzas (Cuba).

Once aboard the ships all the immigrants were given food, water, shelter and medical care before being returned to Cuba.

Captain Willie Carmichael, from the Seventh District of the Coast Guard, said they can’t stop emphasizing that these illegal emigration attempts are dangerous, useless and frequently promoted by rumors or deceived by criminals who will lie or exploit the emigrants.

The institution pointed out that some 144 Cuban immigrants have tried to illegally enter the country since last October 1, when fiscal year 2018 began, compared to the 1,953 of fiscal year 2017.

Ever since former President Barack Obama (2009-2017) annulled in early 2017 the “wet foot/dry foot” policy that granted a legal status to Cubans who were able to touch U.S. land, the number of rafters has significantly decreased.

Tourism in Cuba, how is it going?

Memories of My Tentempiés: Fortunes and Misfortunes of Contingency Food