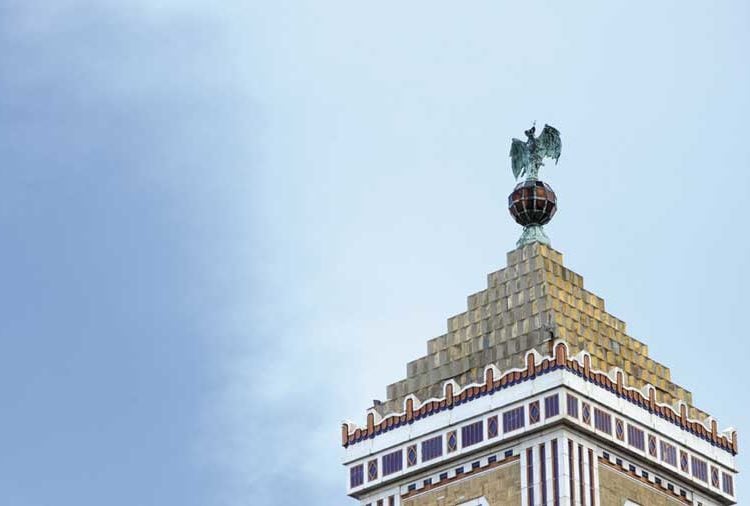 Along with its oft-praised beauty, Havana has a special feature that is conferred by time, which in a contradictory effort to make this city distinct, endowed it with relentless deterioration, but also with a virginal timidity in the face of change. While other cities rapidly changed, Havana remained intact through centuries and decades of variation, which, in that accumulated and stratified growth westward, gave it a didactic value that goes beyond testimony and makes into a lesson about history.

To quote Carpentier is much more than a tribute or an obligatory reference to support an idea. However, the case requires it, because, more tolerant than baroque, he described “Columns that are half-Doric and half-Corinthian, dwarf Ionic columns, cement caryatids, timid copies and decadent versions of Vignola created by builders who contributed to the city’s extension…”

There is a contradictory complexity in Havana that transmits a message of variety. Homogeneity prevails in the traditional center. In Vedado and Miramar, thanks to sections where flexibility in urbanization was invented long before it was discovered in Europe, almost anything goes, which is why winks at eclectic architecture and modernism can be seen among the ocuje and almond trees.

However, the humble architecture of the 20th century, which many view as lesser, abundant and therefore unexceptional, is so diverse that it is difficult to classify. And it is that variety which makes it interesting, because when describing the city as a whole, its architectural aspects cannot be ignored or reduced to proportions and volumes; rather, their slightest details must be discovered, because therein lies their greatest charm.

It is not a question of collector’s delight or a frankly postmodern attitude of trying to reassess to the point of triteness. Or perhaps it is, given that it is based on an interest that begins precisely with the understanding that the concept of identity in Cuban architecture is extremely broad, and includes the richness of eclecticism, Art Nouveau and Art Deco.

That is, this architecture was not really authentic at first, because it was an expression of the dissatisfaction of a class with fewer resources trying to imitate the more powerful classes. They were imitations, copies that were sometimes ridiculous. However, today they are a sampling of an entire era and of a very specific culture, one that no longer exists but should be remembered.

The sometimes-overlooked façade and its accompanying detail, ornament or anything in general that leads to the communication of something is part of the transcendence that wasreferred to approvingly by John Ruskin when he said, “Better the rudest work that tells a story or records a fact, than the richest without meaning.”

Therefore, it is not just a question of volumetrics, rhythms and proportions, but also facades, forms and ornaments.

Amusing, often kitsch miniatures, are valuable as an expression of Havana’s identity. The frequency of those details, their specific formal quality (movement, discretion, harmony, grace) and, above all, their extraordinary variety, make them important enough to at least be considered. And the people recognize this with appreciation.

The more fragile Havana is the city without pomposity, the one where there are no cornices or porticos followed by volume, the one made up of houses in Vedado and Miramar that respect alignments but have the crazy eclecticism of imported miniature castles, Andalusian country estates and English cottages. Houses, and sometimes apartment buildings, with pitted bricks and ornaments on the verge of coming off, provoking smiles with their ingenuity; two-meter Solomonic columns, disproportionate and blind quatrefoils, rampant and absurd arches….

That architecture, apparently last in line, does not have the elegance of higher eclecticism or the humble dignity of the vernacular. If it were to be lost, one of Havana’s many virtues would be lost: the ability to make one laugh.

Ask me for something that’s not on the menu

“You have to compete”