The Cuban sports movement has received several good news by these days: fencers Ramon Fonst, Rafaela Gonzalez, Rolando Tucker and Eduardo Jons, will be inducted into the Hall of Fame of the International Fencing Federation (FIE), while Mijaín Lopez (August 20, 1982), double Olympic champion in the division of 120 kg in the Greco-Roman style, was appointed as the best wrestler of last year together with the Russian Roman Vlasov (74 kg) by the International Amateur Wrestling Federation (FILA).

A paradox of fate, gunman Leuris Pupo had to wait 12 years to win an Olympic gold medal. A few days ago in 12 seconds he could afford a brief smile. This smile of a happy father, as divine exhalation, this smile by the name of Celine, his girl, that by sheer luck this past Saturday midnight saw the light for the first time. This way we had our last conversation, he, as a common human being savouring a Crystal beer along with the godfather of the little one ... me, working and turning down his invitation.

We recently received with pleasure another piece of news from the swimmer Hanser Garcia "the chicken" (October 10, 1988). He was ratified again among the world elite in 100 meters freestyle, when he finished seventh with a new national record of 47.19 seconds to break his previous 47.28 at the Short Course Swimming World Championship in Istanbul. 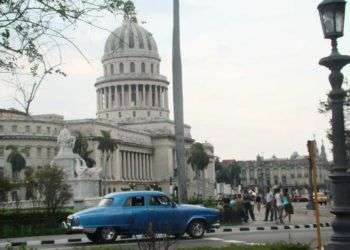 A new era, as when in the 60s there was in Cuba the National Association of Drivers of Revolutionary Rental (ANCHAR), which put its Lincoln Sedans and Chevrolets available to passengers without a predetermined route, and later when the Special Period (meaning 1991-1992) many Lada body cars were merged to turn them into the so-called ¨limousines¨, classic Cuban socialism invention, these days we are in the era of the almendrón (big almonds). 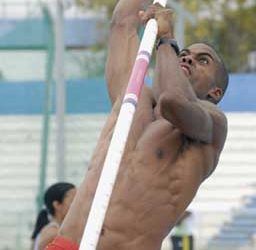 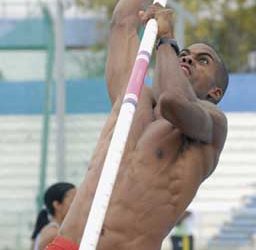 Cuba’s decathletes: among the elite of this 10-event sport

Photos: Ricardo López Hevia When Yordani García (San Luis, Pinar del Río, 21/11/1988) became runner-up champion of the 14th Pan-American Games in Rio de Janeiro, 2007, with a score of 8,113, nobody foresaw that Cuba’s decathletes would join the international elite of that sport. It was in Osaka, where that year’s decathlon world championships were held, that the future was foretold: Yordani himself, just 18 years old, finished in eighth place, with an acceptable score of 8,257.