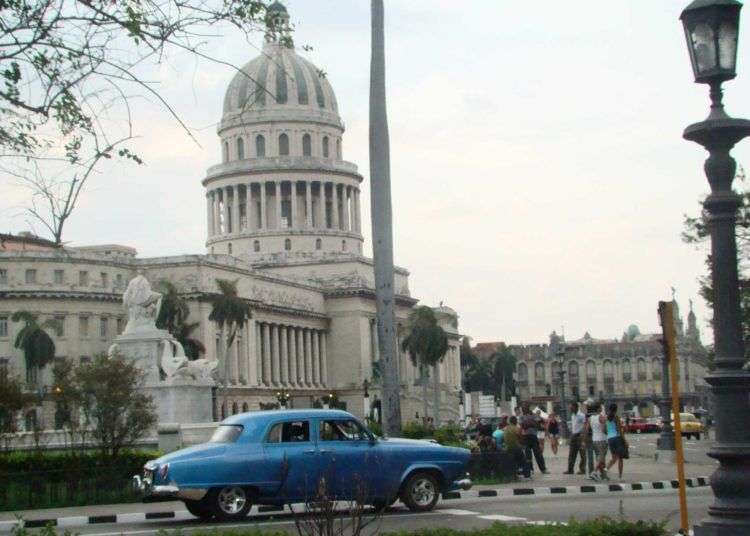 A new era, as when in the 60s there was in Cuba the National Association of Drivers of Revolutionary Rental (ANCHAR), which put its Lincoln Sedans and Chevrolets available to passengers without a predetermined route, and later when the Special Period (meaning 1991-1992) many Lada body cars were merged to turn them into the so-called ¨limousines¨, classic Cuban socialism invention, these days we are in the era of the almendrón (big almonds).

A new culture has been born, far from that of the 60s and even 90s of last century, to everyday help thousand of Havana people to get somewhere. I don’t want to be absolute, but that much I gather by almost all of my personal experiences in my confessed low taxi trips mileage.

I didn´t live in the 60s, but the testimony of my colleagues Marta Rojas and Pedro de la Hoz forced me to venture to write these lines:

"They were all very polite drivers, elegantly dressed in white gleaming long sleeves shirts, ties, and most importantly, if they had the radio on, they listened to it at moderate level," said Marta.

Given such a description I could only wonder: Have we regressed 50 years later? It seems a complete antithesis to the radiograph made by me to an almendrón driver chosen at random.

Manners, nowhere to be seen, his clothing…. much to be desired, and not to mention the music, that shrilling reggaeton, which not because of being on fashion we all have to stand, nor it is custom made for everybody’s taste.

Of course there is salvation and in my ark of Noah, among thousands of American cars of any make: Ford, Chevrolet, Lincoln, Mercury, Plymouth, Oldsmovile and others, I will place Adrian, 21, who went with my cousin to the same elementary school, and nowadays is studying Computer Engineering but also works as a taxi driver. He has the driver in his genes, by family inheritance. The indelible mark of his grandfather and father certify that statement.

Enrique, his grandfather is 76 and still drives. He is one of those people which can’t be more than two hours at home doing nothing, he is very extremely meticulous with his Chevy 53, to the point he rarely allows his son or grandchild to drive his car, just like that famous TV character known as "Tito the cabbie" starring by Idalberto Delgado.

Sorry if I misrepresented something, but that family has been in the taxi business for over four decades and their relation with public, handed down from generation to generation, has not changed even a bit.

Almost as a reflex I fall again into the almendrones, the cause of this reflection: thousands of people travel daily through Havana streets, thousands who by the fact of prioritizing passengers, or simply to demonstrate the power of their engines, shift gearbox and differential of Isuzu, Mitsubishi, Toyota, or Hyundai disguised in "American lady of the 40s and 50s, which are driven by people who emulate Fangio, Fernando Alonso and Sebastian Vettel, sorting holes at high speed on the treacherous streets that make Havana city circuit.

To all that we must add the smog, the need to make money, as if each taxi ride, or predetermined route would imply the racing, music or noise, there are times in which I can´t even tell apart among them … and then the manners of the drivers.

OK, folks, if the title of this trip was related to the culture of almendrón we yet would have to run many kilometers of education, reliability, common sense and attitude. Let us hope, at least in terms of projection, to return to those days of ANCHAR.

The end of the world in Havana