Dr. María Guadalupe Guzmán explained that so far 11 genetic variants have been identified circulating on the island, of which five are registered worldwide. 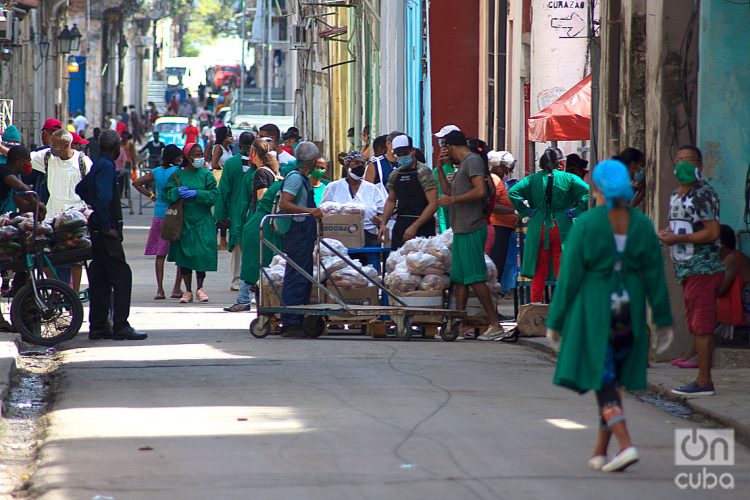 The genetic variants of the coronavirus recently detected in Cuba could be influencing the increase in infections registered in recent weeks, according to the head of the Center for Research, Diagnosis and Reference of the Pedro Kourí Institute of Tropical Medicine (IPK), María Guadalupe Guzmán.

The specialist explained that so far 11 genetic variants have been identified circulating on the island, of which five are registered worldwide, the Agencia Cubana de Noticias (ACN) news agency reported this Monday.

Dr. Guzmán, also president of the Cuban Society of Microbiology and Parasitology, explained that the epidemiological situation in the municipality of Jagüey Grande, in Matanzas, which has generated rumors and denials from the authorities, “is under study, and so far only the genetic variant reported in South Africa was found in the analyzed samples,” the source said.

In addition, she reiterated that “the use of the mask and compliance with hygienic and distancing measures continue to be the main containment barrier for the virus, regardless of the variants that circulate.”

The international scientific community recognizes that the SARS-CoV-2 strains detected in South Africa, the United Kingdom and California, in the United States—present today in Cuba—are associated with greater transmission of the disease.

According to Guzmán, on January 22 the detection of the genetic variant reported in South Africa in an asymptomatic traveler who arrived on the island was announced, although there was no transmission to his contacts.

Studies carried out from genomic surveillance, aimed at determining the characteristics of the virus, confirmed the predominance of the D614G variant throughout the pandemic in Cuba.

The analyzes of more than 400 samples of foreign visitors, deceased due to COVID-19 and populations where outbreaks of autochthonous transmission are registered, detected the increase in the appearance of cases infected with the South African strain, the one from California and seven other variants, in that order, and to a lesser degree by the one notified in the United Kingdom and the original from Wuhan.

However, the expert insisted that the relaxation of hygiene and personal protection measures also affect the increase in cases diagnosed with COVID-19.

This month, Cuba has reported an average of more than 1,000 new patients a day, and in recent days the number of deaths due to the contagious disease has alarmingly increased.

At the close of this Monday, the island reported a new daily record of deaths, with nine, in addition to 1,060 new infections. In this way, there are already 88,445 cases in 13 months of the pandemic and 476 deaths. Meanwhile, 83,087 patients have recovered with Monday’s 1,187 discharges, although the authorities have reiterated that a group of these people have aftereffects as a result of the infectious disease.