The four reported deaths correspond to three women and one man residing in three municipalities in Havana and one in Matanzas. 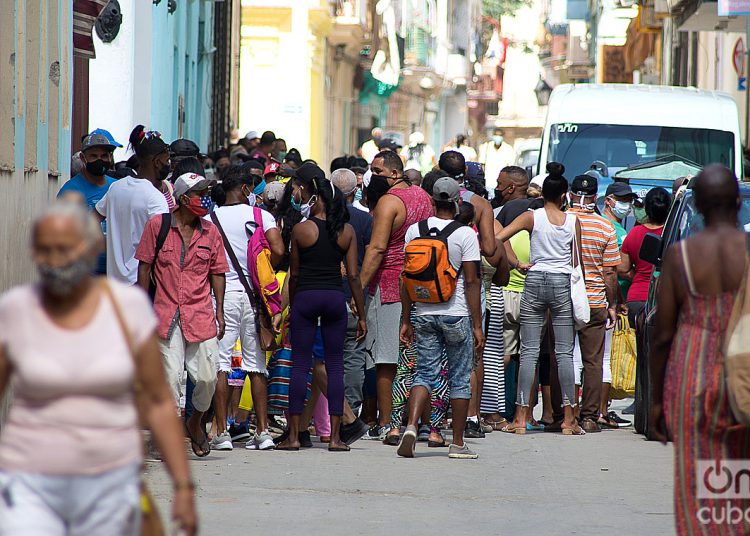 In thirteen months of fighting the SARS-CoV-2 virus, Cuba added 90,404 infections after diagnosing 1,004 patients with COVID-19 this Wednesday, a day in which there were four deaths, according to the daily report of the Ministry of Public Health (MINSAP).

Most of those diagnosed were due to autochthonous transmission (988), 961 were contacts of confirmed cases, while 16 were infected abroad.

The imported cases mostly involve Cuban travelers from Russia, although nations such as Germany, the United States and Ecuador also had an impact. A foreigner tested positive for the virus on this day.

A total of 20,678 samples were processed, according to the MINSAP, and the highest positivity rates correspond to the territories of Sancti Spíritus, Havana and Granma.

The three municipalities with the highest incidence rate, and that make up the 12 that concentrate 44.7% of the transmission in the last 15 days, are Old Havana, Cabaiguán and Regla.

The four reported deaths correspond to three women and one man, aged between 54 and 85 and residing in three municipalities in Havana and one in Matanzas. The death toll to date stands at 491; 66 to deaths were reported in April.

The number of discharges on the day amounted to 1,007, while 69 patients continued in intensive care: 32 in critical condition and 37 in serious condition.

As of midnight, there were 24,408 hospitalizations, while active confirmed cases totaled 4,740; 46.4% of the patients with COVID-19 this Wednesday were asymptomatic.