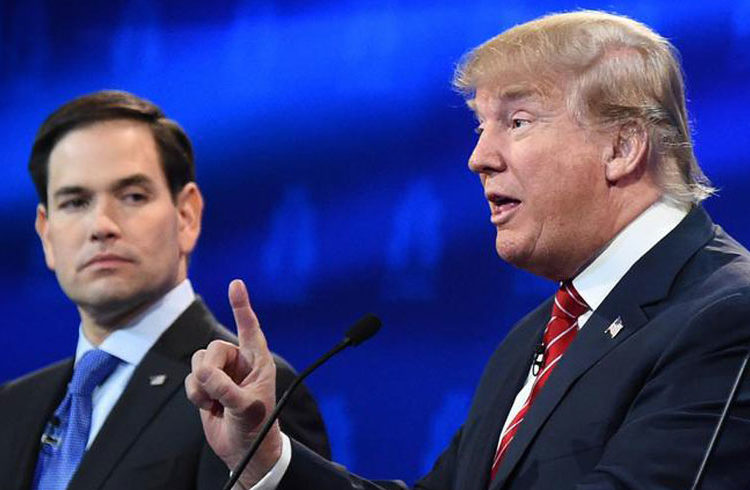 Donald Trump is planning to announce soon in Miami a series of changes to the Cuba policy which could “significantly” make tougher the conditions for commerce and trips to the island by U.S. citizens, three sources close to the review process recently confirmed to the EFE news agency.

White House Press Secretary Sean Spicer affirmed this Tuesday that the Trump administration is continuing its review of the Cuba policy.

In a daily press briefing, Spicer said that an essential topic in the review is that of human rights. “The human rights policy is very important for him [Trump],” he affirmed.

His statements did not answer any of the journalists’ questions, they were rather made by the government spokesman after commenting on a telephone conversation between the U.S. president and the one of the Philippines, Rodrigo Duarte, regarding the struggle against drugs.

Spicer did not give details about when the review will be made, announced after the presidential inauguration, although diverse media affirmed that the results will be presented in the next weeks and that they will represent “a significant rolling back.”

This affirmation coincides with what Acting Assistant Secretary of State for Western Hemisphere Affairs Francisco Palmieri said in early May saying that as a result of the review “important differences” with the Cuba policy valid until now would emerge.

A source from the National Security Council (NSC) who asked to remain anonymous, told EFE that the Trump team hopes to “soon present to the president a series of options so he can decide.”

According to other sources, also cited by the press agency, the changes will be announced by Trump in a speech in the city of Miami in mid-June, although they specified that “the details are still being negotiated.” The White House has not denied or confirmed these affirmations.

TDC cites John Kavulich, of the U.S.-Cuba Trade and Economic Council, who affirmed that “the Trump administration has been ‘ready’ since February 2017 to announce changes, but issues unrelated to Cuba have intervened.”

According to TDC, the efforts of Senators Marco Rubio and Bob Menéndez, as well as of Representative Mario Díaz-Balart, have had an influence on the president’s decision making and his maintaining his promise of rolling back the initiatives of President Barack Obama toward the island nation.

The payback seems to have been baking Trump in Congress on issues like the nominations for the members of the presidential cabinet and the health care bill being promoted by the White House.

The website cites Díaz-Balart as saying he is “1,000 percent sure the president is going to deliver on his commitment,” and Rubio, who commented to El Nuevo Herald having talked about “all these issues with the president and his team, figuring out the right steps to take and when.”

However, the website reported that neither the congressmen nor their teams have confirmed anything to the press until now.

According to the consulted sources, changes like banning U.S. companies from doing business with entities linked to the island’s Armed Forces and new restrictions to trips by U.S. citizens to Cuba are being forecast.

The possibility that Trump will repeal the presidential directive issued by Obama in October 2016 is also being handled. The latter, according to what was announced then, adopted a comprehensive focus and covers the entire government to promote the commitment with the Cuban people and government, and achieve that our opening to Cuba will be irreversible.

The sources coincide that the current Trump administration will not break relations with Cuba or close the embassy in Havana, although the possible changes are far from being merely symbolic.

One of the sources consulted by EFE forecasted that for the Department of the Treasury it will be very difficult to certify 100 percent that a state enterprise in Cuba has no links at all with no one from the Cuban army, which in their opinion would cause uncertainty to U.S. companies, “which will not want to risk” being sanctioned.

As to the trips, John Kavulich explained to EFE that the aim of Trump’s team is “how to minimize, strengthen the migration controls” so that U.S. citizens returning from Cuba have to provide proof that they traveled to the island under one of the two categories authorized until now, and not for tourism.

Kavulich recalled that Obama relaxed the travel restrictions for his citizens when he allowed them to “self-certify themselves” as participants in an educational, cultural, family visit or of another of the legal categories. In his opinion, the self-certification could be eliminated, which would force U.S. citizens to request a specific license to travel to Cuba. This could dissuade travelers and hinder the business of the U.S. airlines and cruise lines that make regular trips to the island.

If this were concretized, these changes would take an opposite direction to the calls made to the current administration by different groups and figures of U.S. society and politics.

Some days ago more than 40 U.S. travel companies and associations asked Trump to increase trips to Cuba instead of reversing them. A while later, a Senate majority group presented a bill to end the restrictions for U.S. citizens to travel as tourists to the island. Another legislative bill to free exports to Cuba was also presented recently in Capitol Hill, with the backing of a bipartisan coalition.