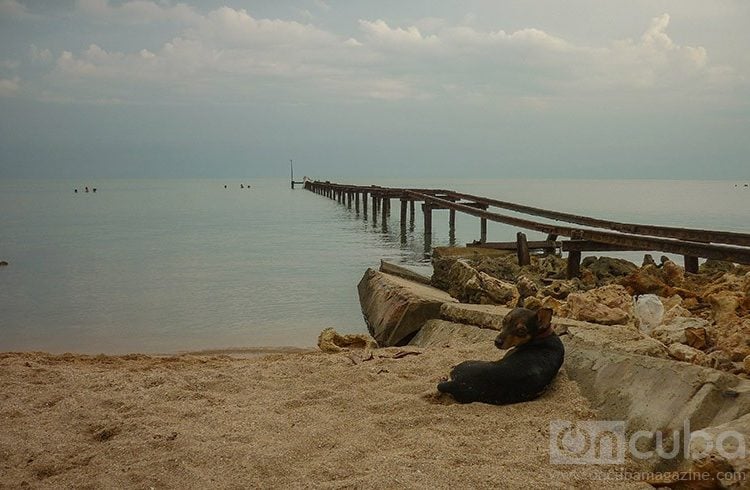 Signs of erosion were found in 82 percent of the 499 beaches Cuba has based on an assessment to design a state plan to face climate change, according to data reported by the island’s media before World Environment Day which fell on June 5, EFE reported.

Studies carried out by specialists from the Ministry of Science, Technology and Environment (CITMA) on the impact of climate change have revealed that the rate in which the coastal line of Cuban sandy beaches is moving back stands at 1.2 meters per year.

As a result of these studies, the experts have reached the conclusion that there exist several “perceptible” climate change effects operating directly over Cuba.

Among them they point out the “slow and constant” increase of the level of the sea which is expected could rise up to 27 centimeters by 2050, according to an article published by the newspaper Juventud Rebelde.

“The increase of the level of the sea affects coastal zones, where the major part of the country’s life takes place. It represents a threat that, in addition to being expressed in normal conditions, is exacerbated in the case of hurricanes,” Orlando Rey Santos, secretary of the CITMA Climate Change Group, indicated.

In the case of the annual mean temperature on the island, it has risen almost 1 degree centigrade since the middle of the 20th century, while the first decade of the 21st was among the hottest in history.

To this is added that today the Cuban archipelago has 20 percent less water than in 1990, and the forecasts warn that the availability of that vital liquid will be reduced by 37 percent by 2100.

At present an intense and prolonged drought is affecting 71 percent of the Cuban territory due to a shortage of rain during a long dry period which has caused restrictions in 296 water supply sources and has affected almost a million persons.

As a consequence of climate change, anomalous behaviors have also been detected in Cuban nature’s flora and fauna.

Marine biologist Dalia Salabarría referred to the changes in the migratory periods of some species, like the red crab in Guanahacabibes, in the western province of Pinar del Río, which had two months in advance and moved farther away by 2 kilometers.

She also cited a decrease in the production of bee honey in the central Ciénaga de Zapata due to a phenolic change in the mellifluous plants, which have varied their flowering period.

The specialist, head of the project for the management of invasive exotic species, considered that one of the most astonishing examples of the “palpable influence” of climate change is what happened with the Scaevola sericea species, a type of sandy coast vegetation that, after Hurricane Ivan (2004), appeared almost simultaneously in Guanahacabibes and in the Ciénaga de Zapata.

“The Scaevola is an invasive species which has caused the modification in the behavior of the coastal incense (Turnefortia gnaphalodes), since that plant is not normally more than a meter high, and in those places it has become a tree of up to three or four meters,” the scientist said.

In the face of the current opening to foreign capital in Cuba, the specialists recognize that those investments can have an impact on some natural resource, but they sustain that the law for foreign investments and the environmental regulations established in the country include their protection.