by Andrew Plotch
in Cuba-USA
0 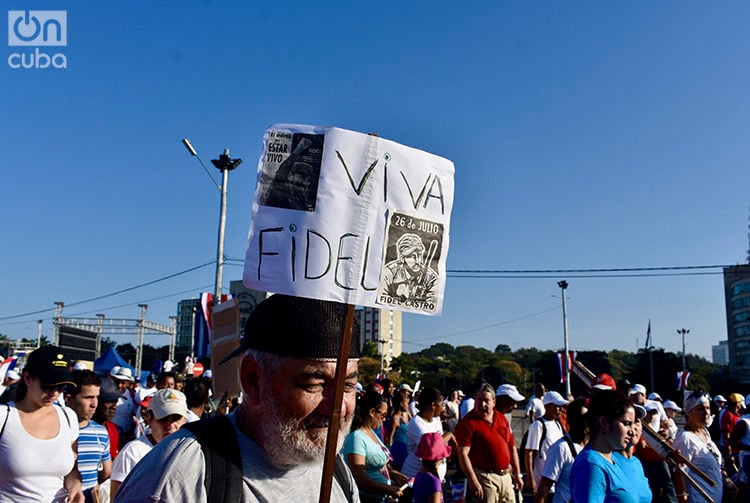 Looking down Linea at 5 am, I stopped for a moment to watch trucks and buses dropping off workers for the Primero de Mayo (May Day) parade. As an American student at the Universidad de La Habana for the semester, it was my first time going and a day that I had been looking forward to for a while. I had expectations founded on news, pictures, and even fictional movie scenes about how a major celebration would run in a Communist state. And by 6 am on Monday, I was already surprised.

Paseo, where the parade was staged, seeped with the pride of workers marching with their offices and industries. Although some were forced to come with their companies, others slept outside the night before so they could walk the mile with their co-workers. When people saw my camera, after asking me to take a group photo and they would tell me about their industry.

The event’s communication did not feel as if it was driven by the state, but by the 100,000s of Cubans who went. Despite my expectations, the speeches were not a major portion of the Day. As a matter of fact, they were not even audible to the vast majority of workers there, those who were waiting in the parade lineup. Government directions mandated offices to bring posters, but homemade signs and posters also dotted the crowd touting messages such as “Abajo al Bloqueo,” “Raul es Fidel,” “Viva el Primero de Mayo,” and “Todos Somos Fidel” (“Down with the Embargo,” “Raul is Fidel,” “Long Live May Day,” and “We are all Fidel.”)

After weeks of seeing billboards shouting “Todos a la Plaza. Primero del Mayo” (All to the Plaza. May Day), I had expected a larger presence of overt state messaging. Yet, there was no need for it. Over half a million Cubans, with signs, chants, and energy, brought with them powerful messages cultivated by the Castros over decades: the importance of the working class, fierce nationalism, the evils of American actions, and the power of unity.

Those who do not agree just stayed home.