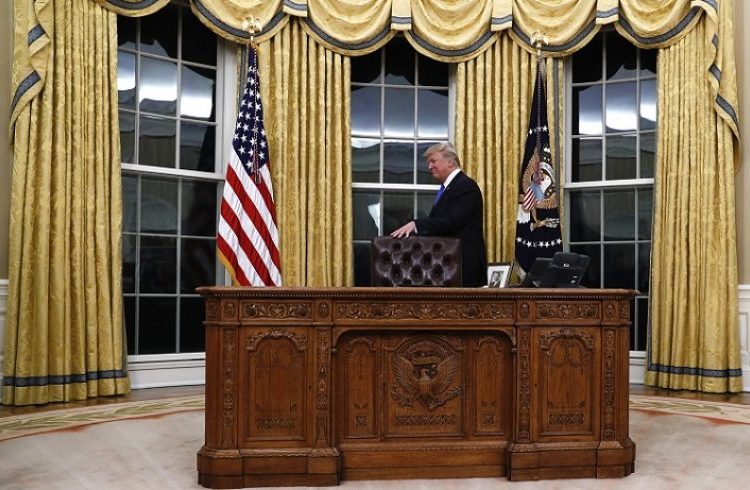 “In recent weeks” there has been a “quieter” and beneath the “surface” debate about Cuba in the White House. Government agencies and lawmakers were debating in two directions: continuing or reversing the road begun by Obama with the island.

This was announced this Monday in a New York Times editorial titled “Push and Pull on Cuba.” According to the daily, which continues dictating the Cuba agenda, a group of lawmakers – Senator Marco Rubio included – have urged the White House to reverse the process of normalization that Barack Obama set in motion in December 2014. What is their argument? That the Cuban government “has become no less despotic and must be pressured to reform through strict enforcement of existing sanctions, public admonishment and diplomatic isolation.”

Meanwhile, a large pro-engagement coalition made up by lawmakers from both parties, businesses and young Cuban Americans is calling on the administration to build on the foundation of engagement it inherited.

In two years of reestablished relations, the NYT mentions:

“Among the fruits of this approach have been bilateral agreements on health care cooperation, joint planning to mitigate oil spills and coordination on counternarcotics efforts. Havana also recently agreed to start accepting some Cubans who have been ordered deported. Regulatory changes have made it easier for most Americans to visit Cuba — though going there purely for tourism is still technically illegal — and enabled broader exchanges among scholars, journalists and artists. Google, meanwhile, is negotiating a series of agreements with Cuba that could significantly expand access to the internet on the island, one of the most unplugged nations on earth.”

After the first 100 days in government, the road Trump will take in regard to Cuba is still not visible. His public comments about the issue have been described by the daily as “brief and thoughtless.” Shortly after being elected, he tweeted: “If Cuba is unwilling to make a better deal for the Cuban people, the Cuban/American people and the U.S. as a whole, I will terminate deal.”

The Times estimates this as an “early sign” that the new president is contemplating the possibility of reversing Obama’s easement of sanctions. According to the newspaper, the White House began an assessment early this year and agencies, including the Departments of State, Treasury and Commerce, have given their input.

However, it is unclear when, or whether, an announcement of a decision will come. Trump could undo many regulatory changes “with the stroke of a pen.” Just to mention the three the New York newspaper identifies, he could tighten rules on sending remittances to Cubans, suspend the commercial flights and stop U.S. cruises from docking in Havana.

With these decisions, says the NYT, Trump would make the small pro-embargo coalition in Capitol Hill very happy. But doing so would mean reversing course on a policy change that is “widely popular among Americans and nearly universally supported by Cubans.”

He would be putting farmers and businesses from his country at a disadvantage in the face of a market that is gradually opening to global trade. And it would maintain policies that for decades have meant greater privation and difficulties for Cubans.

Mid this month, during an official visit to Havana, Mississippi Governor Phil Bryant asked the Cuban and U.S. governments to continue the course of dialogue. Bryant called on President Trump to retake the negotiations initiated two years ago by the previous administration.

A group of retired U.S. military recently asked the Donald Trump administration to continue the process of normalization of relations with Cuba. “Cuba’s location in the Caribbean and proximity to the US make it a natural and strategically valuable partner on issues of immediate concern, including terrorism, border control, drug interdiction, environmental protections, and emergency preparedness,” says the letter, coordinated by the non-party organization American Security Project (ASP).

These are two close examples in time of the lobbies that today are pushing for the continuation of relations with Cuba in the United States.

Giancarlo Sopo, an American of Cuban descent and public relations executive, said “this debate is really only occurring among Washington politicians. The majority of Cubans, Americans and Cuban Americans want to improve relations between the two nations, despite profound differences with the Cuban government over political and economic matters.

According to Sopo, “everything seems to indicate that the Trump White House will not make drastic changes to U.S.-Cuba policy, as a result of the efforts by bipartisan coalitions and changing political trends in Florida. This White House will almost certainly have a very different rhetorical tone on Cuba and we may see some regulatory changes, but it seems like people-to-people categories won’t be affected.”

We’ll have to continue looking at the horizon.