And if, after all, Hillary wins? 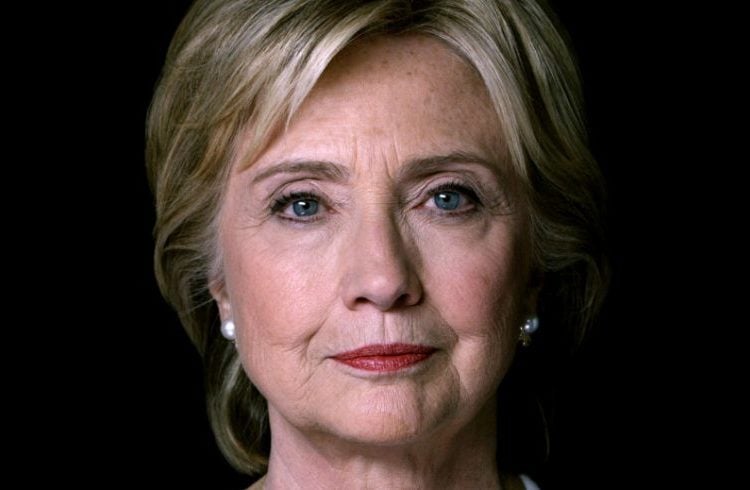 On Friday October 28, a surprise again shook the U.S. presidential campaign: the revelation by the director of the FBI – a Republican – that an independent investigation had found an undetermined amount of emails by Huma Abedin, one of Hillary Clinton’s principal collaborators, which could be related to the nominee when she was Secretary of State. Thus, just a few days from the elections, the apparently already closed case of the private server that the nominee used in the Department of State flared up again. As on other occasions, it is probably a case of all talk and no action.

Despite the tension created among the entire political class, it is probable that it won’t prevent the election, for the first time, of a woman president. Hillary Rodham Clinton, the former First Lady of Arkansas and of the United States, former Senator for New York and former Secretary of State, would thus smash that country’s topmost “glass ceiling*.”

The nominee will face serious challenges to govern the country after a controversial campaign in which she has exchanged all type of accusations with her opponent, Donald Trump.

Actually, despite their confrontations, Clinton and Trump have much in common. Because of their date of birth, both are baby boomers, a classification given to the generation born immediately after World War II. The studies regarding this can be summed up as follows: the baby boomers were a privileged generation since they reached adulthood during a stage of expansion of U.S. capitalism. They were marked or influenced by defining events of the time, two of them very significant: the struggle for civil rights and the Vietnam War.

Moreover, both Rodham Clinton and Trump belong to the power elite as defined by C. Wright Mills. They are part of the 1 percent and not of the 99 percent, according to the classification of the Occupy Wall Street movement. Both are New York residents, the financial center of U.S. capitalism.

This means that whoever wins the elections and becomes the president will carry forward policies designed to maintain U.S. hegemony in the world and that of the dominating classes at home.

Having said this, it’s opportune to note that Mrs. Rodham Clinton, compared to Mr. Trump, was not born or developed in a high-income family. Born in Chicago, into a high middle-class family, her parents sent her to study in Wellesley College (Boston, Massachusetts), a prestigious private university for women. Already since then she joined the Young Republicans, whose organization she presided over in Wellesley. The most significant moment of her early career occurred in the Republican convention that elected Richard Nixon as nominee in 1968. She attended as a delegate but came out disappointed because of the contempt for the liberal current of the party, headed by Nelson Rockefeller, with whom she identified.

Subsequently while studying in the Law School of Yale University and having joined the Democratic Party, she did an apprenticeship in the House of Representatives, participating in the investigation of the Watergate case, which forced Nixon to resign. She met and married Bill Clinton while at university.

Her early involvement in politics is marked by having participated actively in organizations in defense of children and women.

Her career since then is well known. She was almost always involved in all sorts of controversies, particularly because of the role she played during the Bill Clinton administration, partly motivated by a male political class’s rejection of a woman playing a leading role. She headed the failed efforts for a health reform in 1994-95. This fact and the backing of her husband during the Monica Lewinsky case, which motivated his failed impeachment, have earned her a visceral hate from the Republican right wing.

Her subsequent itinerary as Senator for New York and, above all, as President Obama’s Secretary of State, also won her hostilities, this time among the progressive sectors inside and outside her Party. It’s worthwhile mentioning her vote in favor of the Iraq War and her aggressive position during the NATO military intervention in Libya as topics that have cost her those supports.

After her unsuccessful aspiration to be nominated against Barack Obama in 2008, she again faced a hard-fought campaign, this time against Senator Bernie Sanders, who pointed out her links to Wall Street, among others.

What should be underlined in these brief elements is that Rodham Clinton is a persistent nominee, with sufficient credentials, but questioned from both sides of the U.S. political scene. That has not helped her nor will it help her if she becomes head of state.

Although her November 8 victory is taken for granted, a defeat cannot be ruled out, which would have a great deal to do with the enormous negativity her nomination causes among wide sectors of the voters. The Wikileaks revelations show that she is what she is, a U.S. politician that has served well the interests of her class. Additionally, she does not have the charisma or the links with the broad emerging social bases that favored President Barack Obama. Her image is arrogant and opaque. Moreover, she is facing in Donald Trump a dangerous opponent.

The projections of a Rodham Clinton administration depend on the type of victory she wins. There are really three scenarios: a landslide victory, which means the recovery of the control over the Senate and the House by the Democratic Party; an also resounding victory but without achieving that the current Republican majority in Congress be reverted, even with only the recovery of the Senate; a tight victory in which Trump is defeated by a scarce margin and with the Republican Party maintaining the control of both houses.

When analyzing her possible projection once in the White House, it becomes inevitable to contextualize in what it could be compared to the administration of her husband, Bill Clinton, as well as that of Barack Obama. The first thing to take into account is that she will assume her presidency at a politically time different from 1992 and 2008. Bill Clinton as well as Obama followed Republican administrations that had entered a crisis because of economic reasons, which undoubtedly helped them to win. These problems are structural and have not been resolved. Rodham Clinton will also have to deal with them. Finally, she will follow Barack Obama and will have to base herself on his policies and his legacy, especially in foreign policy.

If we base ourselves on the premise that Bill Clinton governed without separating himself too much from his predecessors’ neoliberal policies, and that Obama introduced some policies that are clearly on the progressive agenda in and outside the Democratic Party, Rodham Clinton is probably halfway between both of them.

Moreover, the social base that places her in the White House is going to be essentially the same as Obama’s, but with the peculiarity that it will take into account the proposals of Senators Elizabeth Warren and Bernie Sanders, which have given her so much support and represent the most progressive liberal tradition of the Democratic Party. In their respective first terms in office, Bill Clinton and Obama faced similar challenges, but not of the magnitude that will have to be faced by Rodham Clinton, who, in any case, has had a liberal record in the Senate in the eight years in which she served.

If the matter of the emails continues or intensifies, what’s most probable is that the victory will be the one described in the third scenario. On the other hand, it is already evident that the Republicans will continue the campaign against her integrity and honesty, which can lead them to judge her if they have the necessary majority, with the inevitable consequences on her government action.

In domestic policy we will probably see a Rodham Clinton administration that will resemble more that of Barack Obama than of Bill Clinton. A pending issue is what role the latter will be assigned.

The Rodham Clinton administration will propose new liberal judges to the Supreme Court, a matter of major importance; it will back maintaining Obama’s Affordable Care Act and will try to expand it; it will defend abortion; it will promote gender equality and sexual preference; it will try to control the use of weapons; it will continue promoting reformist educational policies; and on environment and energy issues it will also continue with the current ones. Of course, she will do all this without affecting the financial capital’s essential interests, as her husband and Barack Obama did. That is an acute contradiction.

In foreign policy and security issues, the majority of observers considers that, although she will continue the Obama policies – especially with respect to the use of “intelligent power” and diplomacy -, the possible president is much more aggressive, but will be forced to take into account the rejection existing in U.S. society of new military adventures. There are doubts about how she will manage relations with China and Russia.

As to Cuba, it is practically guaranteed she will continue with the current policy of seeking normalization as President Obama has defined it in his most recent Directive. Although it is not perceived that she will stray much from it, a topic that can have overtones is that of the so-called “programs for the promotion of democracy” since, depending on the advisers surrounding her, she could adopt an increasingly more interventionist attitude. If the first scenario were to take place (total victory with the Democrats recovering the control of the Legislative) the process of normalization could take an important step forward with the lifting of the blockade.

In any case, it is obvious that Hillary Rodman Clinton, with all her deficiencies, is a less negative option than that of Donald Trump for the United States, for the world and for Cuba.

*Glass ceiling is a phrase with which the U.S. feminist movement defines the goal, until now unattainable, of a woman being elected president.

Saúl Berenthal: “We want to be in Cuba”