Although the Cuban situation is different from that of Venezuela, Secretary of State Anthony Blinken believes what’s common is the lack of democracy in both. 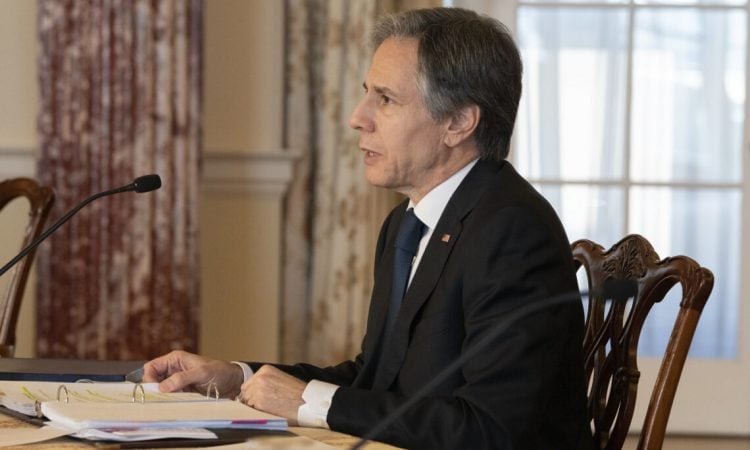 The Biden administration seems to be supporting the sanctions imposed by Donald Trump against Venezuela and, by chance, Cuba.

The detail came to light very discreetly in a speech by Secretary of State Anthony Blinken during a discussion in Congress on the budget of the State Department for the coming year, in which it is previewed there will be a cut of 7 million dollars in the program of Radio and TV Martí. Of the current 20 million dollars, it will now be 13 million. It is the biggest cut since the radio station was created in 1985 and the television station in 1990.

This does not affect another 20 million for the “civil” programs to promote democracy on the island, which caused an exchange between Blinken and Congressman Mario Díaz-Balart. These funds are normally distributed by the United States Agency for International Development (USAID).

The issue that sparked a debate this Monday in the Foreign Relations Committee, during a discussion on the State Department budget, was the need raised by Díaz-Balart to maintain the necessary funds to follow the Trump administration’s policy toward Venezuela and Cuba.

According to Blinken, there should be no tampering. “Not only congressmen will we continue to support sanctions, but we want to try to work as effectively as possible with others, to bring them along in increasing the pressure on Maduro and on the regime,” he said. Díaz-Balart asked if that did not affect Cuba as well. The Secretary of State did not develop the idea.

Until now, the official version was that the current administration was reviewing the policy towards the island. A senior official had never admitted, by omission, that he is supporting the sanctions imposed by Trump on Cuba. The State Department did not respond to calls from OnCuba this Tuesday and Wednesday to specify the scope of its statements.

Pressured by the Cuban-American congressman, Blinken ended up accepting that there is little that the administration plans to change now. “When it comes to Cuba, this is a policy that we’re reviewing very carefully. And as part of that review we were seeking the views, including yours and other members of Congress, other stakeholders, people with different perspectives on the issue, activists, journalists, faith-based leaders, academics, experts inside and outside of Cuba, because we are really focused on trying to make sure that we think through and work through the best way to advance the goals that we all share, which is for a free and democratic Cuba,” said the senior official.

In any case, the secretary of state established differences in the political situation in Venezuela and Cuba, although what’s common, he said, is the lack of democracy in both.