The Tokyo Olympic Games are just around the corner and Cuba is already giving the finishing touches to its delegation, which for the first time since 1964 will be below 100 athletes. 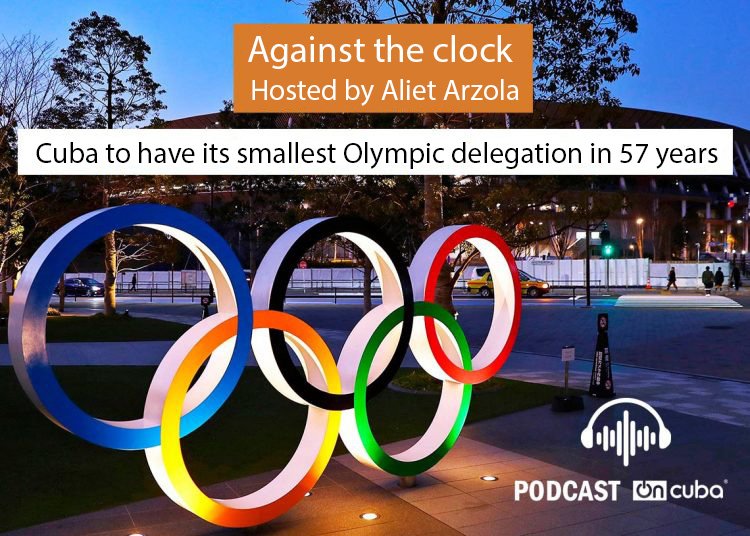 Today we will be talking about Olympism, the Tokyo Olympic Games that will begin in less than 50 days if there is no news from the organizers and the International Olympic Committee, pressured from different spheres to postpone or definitively cancel the summer appointment due to the problems of the pandemic.

Waiting for any last minute movement, we want to focus our gaze today on the potential Cuban delegation, which for the first time in 57 years will have fewer than 100 participants, after confirming that baseball was left without qualifying opportunities

Without baseball and without any group sport with a ticket to Tokyo, Cuba will feature its smallest delegation precisely since the Games that were organized in the Japanese capital in 1964, when it only participated in six sports with 27 athletes, of which sprinter Enrique Figuerola won a silver medal in the 100-meter dash.

Today the panorama is different. Although Cuba has top-level exponents in various sports (some of them with real possibilities of getting on the podium in any world competition), it is no longer possible to speak of absolute dominance among Latin American countries, for example, since it has even lost its reign in regional and continental competitions.

Individual sports such as weightlifting, fencing and even judo have experienced a very marked qualitative decline, while group disciplines are now a ghost of what they were in the past. Without going too far, Cuba will not have representation in any group sport in Tokyo; this is only the second time this has happened in the last 57 years.

Perhaps this may seem like a simple goal, we been among the top 20 in the table of medals for ten consecutive Games, but the distribution of forces in modern sport indicates the opposite.

This theoretical good result must necessarily be based on the sports that have traditionally contributed the most to the island’s delegations. We’re talking, of course, about boxing, which will have the leadership and favoritism of Andy Cruz and Julio César la Cruz. We’re also talking about wrestling, judo and athletics, all with specific aspirations.

In judo all eyes are focused on Idalis Ortiz, who could become the first Cuban judoka with two Olympic titles and, in turn, match the four medals achieved by Driulis González from Barcelona 92 ​​to Athens 2004. Idalis won bronze in Beijing, gold in London, and silver in Rio, and remains one of the main exponents of the heavy division.

Athletics, meanwhile, will also be in the spotlight, taking into account that it is the sport with the longest streak of Games climbing to the podium. Since 1964, this sport has always won at least one medal for Cuba at the Games, and now they hope to win its first gold since Dayron Robles won the 110 hurdles in Beijing 13 years ago.

These are just a few brushstrokes of what Cuba can achieve in Tokyo, but there is more, much more, and we promise to take a deep look at the delegation when all the quotas are made official and the members of the island’s delegation are known in detail. Meanwhile, I invite you to follow the sports spaces of Oncuba, where we will be monitoring all the activity of Cuban athletes heading to Tokyo, with historical reviews, an approach to the protagonists and great glories of the island in the competition under the five hoops.